Our Lady of kyiv is one of the most revered icons in the East, both by Ukrainians and Russians, and is considered among the most famous in the world. However, it is also known as Our Lady of Vladimir and is one of the oldest, since it arrived in the current Ukrainian capital in 1134.

This icon has also become a very important one for another reason; But first, a bit of history.

“kyiv is a holy city because it is a Marian city ‘par excellence,'” said Pope St. John Paul II when he visited on November 22, 1987.

“In it, the Virgin praying as protector of the city is invoked,” added the Pontiff, who was referring to the “Santa Oranta”, an ancient mosaic representation of the Mother of God in the Cathedral of Saint Sophia. The description may also fit Our Lady of kyiv.

The Byzantine icon of Our Lady of kyiv came shortly after Kievan Rus, the former federation of Slavic tribes, became fully Christian in 988. Half a century later, in 1037, Yaroslav the Wise, the Grand Prince of kyiv , dedicated Ukraine to Mary. From then to the present, Our Blessed Mother is known as “Queen of Ukraine.”

By then, already in 1034 the icon of Our Lady of kyiv had arrived from Constantinople. According to tradition, it was the work of a monk and sent as a gift from the Patriarch of Constantinople to Prince Mstislav, son of King Volodymyr of Kievan Rus’.

However, in 1136 the icon of Our Lady of kyiv was moved about 22 kilometers north of Vyshorod, to the “home” church of the prince. Ukrainian tales also call this icon the Virgin of Vyshorod. By then the image was already well known and revered.

According to Dmytro Stepovyk of the National Academy of Sciences of Ukraine, at the time Volodymyr and his sons ruled, “this icon was said to work miracles, healing sick people.” People prayed for protection and the image “helped all the true believers who begged Our Lord to deliver them from their deadly diseases.”

But approximately in the year 1100 Prince Andrey Bogolyubsky arrived, who looted and destroyed kyiv. He then established his residence some 910 kilometers away, in Vladimir, which is 193 kilometers east of present-day Moscow, and took with him the icon of Our Lady of kyiv.

In this new capital, the icon became known as Our Lady of Vladimir and was placed in the Cathedral of the Assumption, where it remained until around 1395 when it was brought to Moscow to, as the story goes, protect the city from Mongol invaders. .

In the 16th century, Our Lady of Vladimir was placed in the Dormition Cathedral on Moscow’s Cathedral Square, until the beginning of the 20th century. It was then taken to the city’s State Tretyakov Gallery.

By the end of the 20th century, the icon found a new home: the church of San Nicolás in Tolmachi, which is attached to the museum and where religious services are again held.

Of course, Our Lady of Vladimir is part of Ukrainian and Russian history, and is also the most loved icon in Russia. However, there is much more to this image that is of great importance.

A third name for this icon of the Virgin Mary

Our Lady of Tenderness is also a beautiful title by which this icon is called in many countries. Its inhabitants may not know its two original titles, but they know and respond to the spiritual magnetism and depth of message that this masterpiece of iconography brings.

The icon is large: 30.75 inches by 21.5 inches. The way it depicts Our Lady and the Christ Child was far ahead of the standard Byzantine iconography of the early 12th century. It became one of the earliest examples and models of Eleusa’s iconographic style.

In the image, the Virgin Mary expresses tenderness or mercy, with the Child Jesus next to her cheek or touching her. Hence the title of Our Lady of Tenderness. At the same time, there is a touch of sadness in realizing what is to come, but with the mercy that comes with it. “In her eyes there is a glimpse of prayer, hope and pain. A closer look at the Child shows that he is looking up, looking for the Father of him,” Stepovyk wrote.

Along with the spiritual depth, the emotions presented in the icon departed from the more strict iconography of the time.

It became the model for Marian icons. His influence was even seen in the very familiar image of Our Lady of Perpetual Help, which combines two iconographic styles.

But in addition, there is something else to consider regarding the icon of Our Lady of Vladimir, especially given the current situation and times. Msgr. Stephen Rossetti, an exorcist, points out that for years he has prayed daily with this image and is “convinced of three things”:

1. “The war in Ukraine has immense spiritual significance.”

2. “The faith and strength of the men and women of Ukraine are amazing.”

3. “Our Lady is intensely involved with everything that is happening and her Immaculate Heart will triumph!”

“I join Our Lady’s urgent request to pray for peace”, adds Bishop Rossetti, and assures that he has “great hope that the days will soon come when Satan and the forces of evil will be definitively crushed under the heel.” of Our Lady.”

Translated and adapted by Eduardo Berdejo. Originally published on NCR.

Wed May 4 , 2022
There’s nothing more fun than a board game-centric movie.either classic Jumanji or an underrated gem game night, these types of movies always give a thrilling sense of adventure and endless laughs. Now the latest movies of this sub-genre, Gartrop: One game hell, will be released in June. In preparation for […] 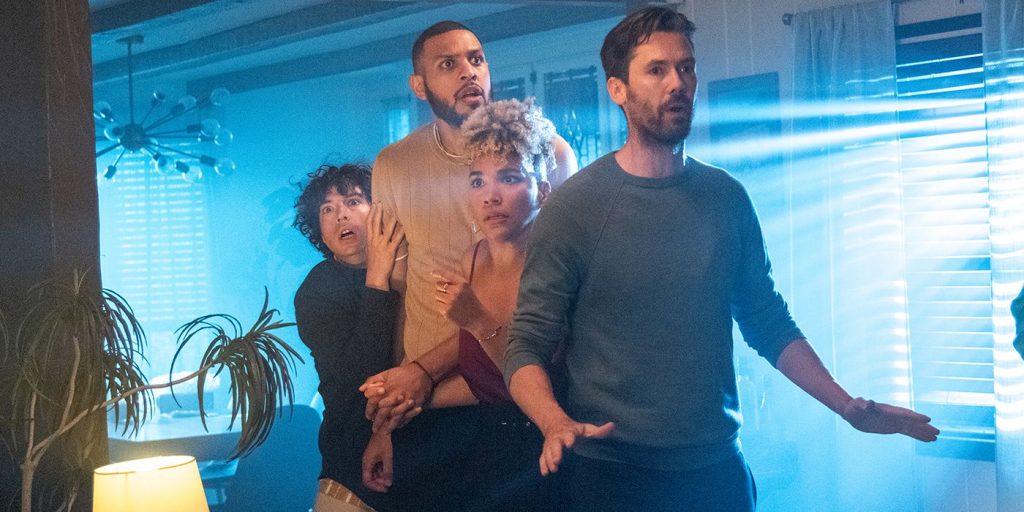