The abbess of the Santa Caterina Monastery in Perugia (Italy) announced that her community will be closed, because the nuns are opposed to receiving the coronavirus vaccine.

Speculation about the closure of the Santa Caterina Monastery began when news broke that the Vatican had conducted an apostolic visit or inspection of the cloistered Benedictine convent. However, the local archdiocese told CNA – the ACI Group’s English-language agency – that it knew nothing about the possible closure.

In an interview with the Nuova Bussola Quotidiana website, Mother Caterina, abbess of the Santa Caterina Monastery, said the only reason she was given for the closure was that the five resident nuns did not want to be vaccinated.

The nun stated that the apostolic visit to the convent took place “shortly after mid-February” and “immediately after the report was sent”.

“Now we are awaiting the response of the Congregation for Institutes of Consecrated Life and Societies of Apostolic Life,” he added.

In addition, he said that he learned about the apostolic visit to the convent through Cardinal Gualtiero Bassetti, Archbishop of Perugia-Città della Pieve, when he met him to sign a document. For his part, the Cardinal said that he did not know the reasons for the visit and that he had simply been informed that it was taking place.

The apostolic visitor was Mother Cristina Ianni of the Poor Clares of Orvieto.

The Santa Caterina Monastery is a historic building that was the seat of the Poor Clare nuns in the 13th century, and was initially dedicated to Santa Giuliana (Juliana of Nicomedia). The building took its current name in 1649, due to the transfer of the Benedictine nuns from Santa Caterina Vecchia.

A part of the monastery was redesigned after the unification of Italy in the 19th century. First it served as a match factory and today it contains the offices of the Superintendence of Architectural Heritage.

According to the abbess, there is no other explanation for the closure of the monastery than the refusal of the remaining five sisters to receive the COVID-19 vaccine.

He said that in his opinion the possible closure was not due to the small number of nuns, although Pope Francis’s 2016 apostolic constitution, Vultum Dei quaerere, encourages small monasteries to close or federate.

The Archdiocese of Perugia-Città della Pieve noted in a press release that the apostolic visits are an initiative of the Congregation for Institutes of Consecrated Life and Societies of Apostolic Life.

Therefore, they indicated that nothing can be known with certainty “about the imminent closure of the monastery, much less about the fact that the reason for a possible closure is due to the non-vaccination against COVID-19 of the nuns present there. ”.

The Archdiocese stressed that Cardinal Bassetti “never intervened in the internal affairs of the monastery, and not even in matters related to the vaccination of the nuns.” Furthermore, he denied “newspaper insinuations” that they were being transferred from their convent because they refused to be vaccinated.

Also, he stressed that the Cardinal had not yet received any report on the state of the monastery from the spiritual, liturgical and economic point of view.

The Monastery of Santa Caterina is “property of the Benedictine Order, which has the exclusive right over its possible destination or alienation, after the closure of the monastery. Therefore, any involvement of the archdiocese in this regard is baseless,” he stated.

Finally, the Archdiocese underlined “how precious the monastic presence is for the life of the Church and how it has always tried to accompany it with fatherhood and respect, and enhance it in all its charismatic richness.”

“Therefore, you can only live with pain at this moment, which instead of building ecclesial unity and communion, hurts it with news and insinuations that do not correspond to the reality of the facts,” he concluded.

Today we commemorate San Juan Clímaco, the monk who teaches us how to climb to heaven

Wed Mar 30 , 2022
Today, March 30, the Catholic Church celebrates one of the greatest spiritual teachers in history: Saint John Climacus (Saint John ‘of the Ladder’), a Christian monk who lived between the s. VI and the first half of the s. VII. Climaco is the author of the famous spiritual treatise “Escale […] 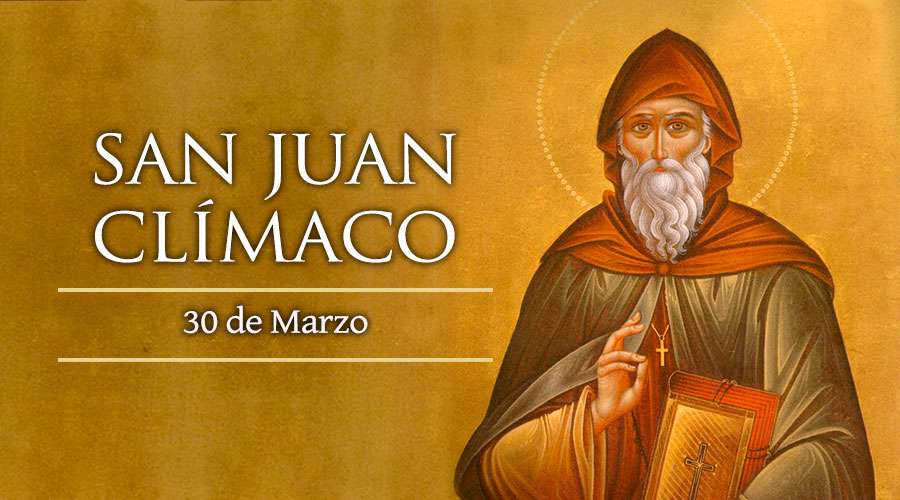