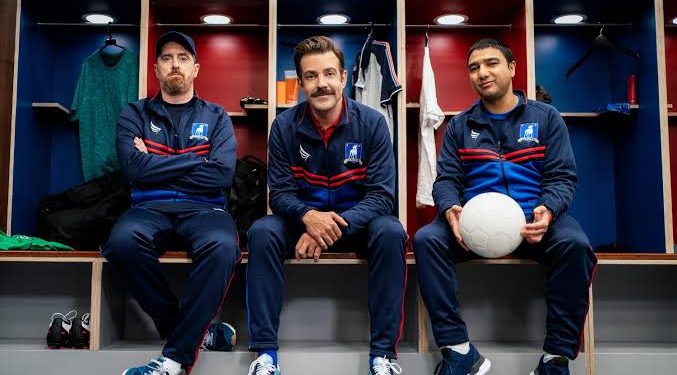 0
SHARES
99
VIEWS
Share on FacebookShare on TwitterShare on WhatsApp

Ted Lasso, the Peabody Award-winning comedy series, has swiftly become an Internet favorite. The show’s officially-renewed 3rd season is just around the corner, thanks to its recent 2nd season’s premiere. The sitcom is set in West London and follows Ted Lasso (Sudeikis), an endearingly ignorant American who is appointed as a football coach at AFC Richmond and guides an unprofessional British soccer club to success. His lack of expertise in the role and knowledge of the sport is more than compensated for by his pure-hearted demeanor, which charms both the squad and the show’s growing audience.

Does Ted Lasso Season 3 Have a Confirmed Release Date Yet?

Ted Lasso was officially renewed for a 3rd season in October 2020, even before the shooting of the 2nd began, according to an entertainment source. While the release date for the 3rd season is yet unknown, the 1st and 2nd seasons were released nearly a year apart, in August 2020 and July 2022, respectively.

If the 3rd season of Ted Lasso follows the same suit, new episodes might be available as early as next summer. Much of the co-creator’s long-term ambitions appear to have been planned out in some way, so hopefully, it’s a timetable we can count on. Moreover, we don’t know how many episodes the 3rd season will have, but let’s hope it’s at least 10-12 episodes, as we saw in the 1st and 2nd season respectively.

What Do We Know About Ted Lasso Season 3 Cast?

Jason Sudeikis will reprise his role as Ted Lasso, the main character of the series. Other cast members include Hannah Waddingham, who will re-appear as Rebecca Welton, Brendan Hunt will portray Coach Beard, Jeremy Swift will play the role of Leslie Higgins, Juno Temple will be seen as Keeley Jones, Brett Goldstein will reprise his role of Roy Kent, Phil Dunster will act for the character Jamie Tartt, Nick Mohammed will play Nathan Shelley, Cristo Fernandez will appear as Dani Rojas, Toheeb Jimoh will reprise his role as Sam Obisanya, and lastly, Kola Bokinni will portray Isaac McAdoo. However, it is unknown whether Niles’ Dr. Fieldstone will return for the upcoming season of Ted Lasso.

Just like you, we would also love to know that. However, with no official release date and other information available yet, we can only anticipate what will happen in the upcoming season of Ted Lasso. We may expect some storylines to wrap up in the 3rd season as Jason Sudeikis has stated repeatedly that he envisions the series as a three-season arc. Will Roy and Keely end their relationship or marriage? Will The Independent’s Trent Crimm do a full-fledged expose on the Greyhounds?

Will Ted and Coach Beard ever return to London after their trip to the United States? The 3rd season of Ted Lasso is yet to begin its filming procedure, thus there are no major spoilers at this time. The 3rd season may be about how the squad ends up on top of their league and wins it all if the 2nd season gets the team rolling again.