“And when, in the fullness of time, my son Carlos becomes King, I know that he and his wife Camilla will be given the same support that has been given to me. And it is my sincere wish that, when that time comes, For now, Camilla will be known as the Queen consort as she continues her loyal service.” With those words, Queen Elizabeth II took advantage of the message sent on February 6, 2022 on the occasion of the 70th anniversary of her reign to give her blessing that the wife of her heir was Queen Consort. It was the last gift that the Monarch gave to her son and her daughter-in-law, a definitive accolade for Camilla to sit on the throne with Charles III as her Queen Consort, and not as her Princess Consort. But achieving it was not easy. 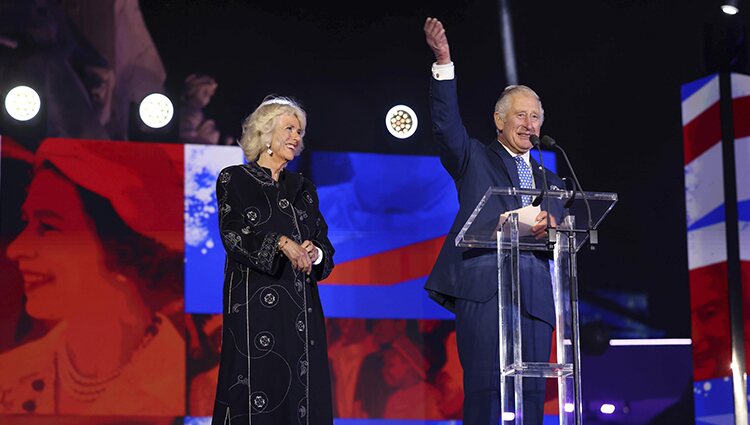 Carlos was not his favorite son, in fact despite being the heir, and therefore with whom he could have been more in tune by joining the Crown, their difference in character and interests led them not to be too close. Nor was Camilla his favorite daughter-in-law. Elizabeth II never wanted to hear of Camilla Shand as a wife for her son, and therefore as Princess of Wales. Once Camilla married Andrew Parker-Bowles, she was automatically ruled out. Prince Charles should find an ideal candidate, or rather, they should find her. And she was Lady Di. Everyone knows that there was a wedding, children, pain, anger, infidelities, separation and divorce between Prince Charles and the ill-fated Princess Diana, who died on August 31, 1997 in a traffic accident in Paris.

Precisely because Diana had been the Princess of Wales and due to her tragic death and how she had won the hearts of half the world, Carlos and Camilla had to go little by little despite having already divorced both. The wedding came in 2005, and although Queen Elizabeth did not like it too much, she understood that she had to accept Camilla for the happiness of her son, the future King. Once married to the then Prince of Wales, Camilla was entitled to hold the same titles as his consort, especially that of Princess of Wales. 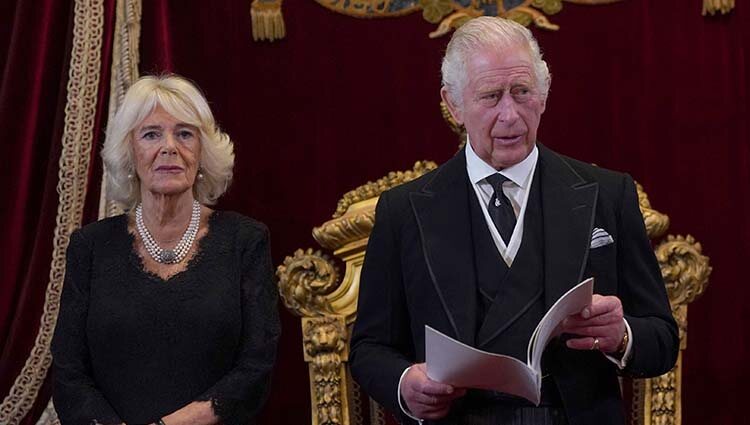 However, it had been announced, so as not to hurt sensitivities, that Camilla would be known as Her Royal Highness the Duchess of Cornwall. The Duchy of Cornwall is the second title of the successor and the main one when he becomes heir, while the Prince of Wales is granted by the Monarch when he sees fit. In the case of Charles, Elizabeth II granted such dignity to her son on July 26, 1958, organizing an investiture ceremony for him in Wales in 1969. Didn’t Camilla have the right to be Princess of Wales? Legally, yes, and that is key to understanding why Camilla is Queen Consort.

When Isabel II died, her son Carlos automatically became King. There was no power vacuum even for a second. The reign of Isabel II ended on the afternoon of September 8, 2022 after 70 years and 2014 days, beginning at the same moment of the death of her mother as that of Carlos III. And to make it clear how the titles were left, in the statement in which the death of Queen Elizabeth was announced, the King and the Queen Consort were already spoken of. Camilla was from then on Her Majesty the Queen Consort. That addition of Consort emphasizes that she is not the titular Queen, but the wife of the King, and although it is not usually used continuously, in fact Camilla is Her Majesty the Queen, it is wanted to make it clear in this case to mark distances with Queen Elizabeth , who has been Her Majesty the Queen for 70 years. 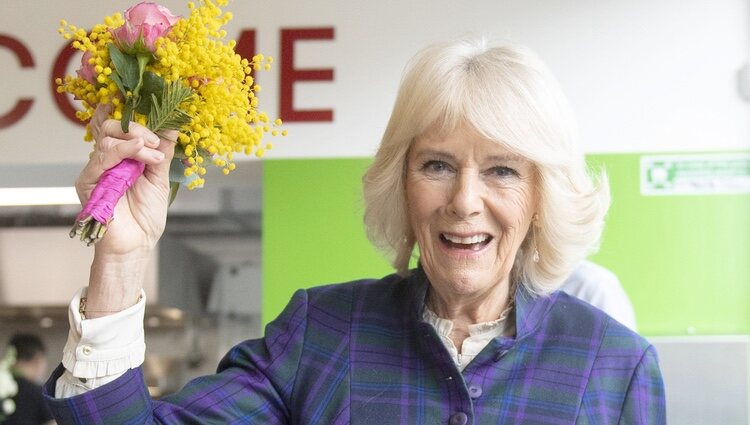 Camilla Parker, very happy with a bouquet of flowers after knowing that she will be Queen consort

Why is Camilla Queen Consort? Because it is established that automatically the King’s wife is the Queen, his Queen. This has always happened in the British Monarchy, and to show the Queen Mother, at the time Queen Elizabeth, wife of George VI, or Queen Mary, wife of King George V, to name Camilla’s immediate predecessors. If the original plan had been followed and Camilla had been named Princess Consort, it would only have been one more time to avoid hurting sensitivities, because legally she could be Queen Consort, just like the children of Prince Edward and Sophie of Wessex and those of the Prince Harry and Meghan Markle have the right to be called princes, even if they do not use the titles that correspond to them.

Taking into account that Princess Diana did not become queen, to the years that have passed since Carlos and Camilla got married and that despite the fact that the popularity of the former Duchess of Cornwall is not too high, Prince Charles, after Carlos III, was clear that his wife should be elevated to Queen Consort and not be Princess Consort as was the original plan. For years he waited for the perfect moment to announce it, and left it to his mother on the 70th anniversary of her reign to announce it. Could anyone possibly deny the wish of the ancient and beloved Queen Elizabeth? 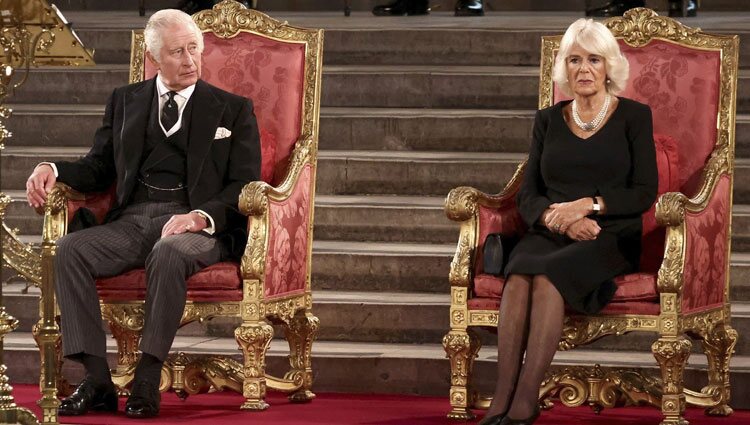 “We are deeply aware of the honor that my mother’s wish represents. As we seek together to serve and support Her Majesty and the people of our communities, my dear wife has been my own constant support at all times,” Carlos III said in response to Isabel II, and already as King, has continued to speak of the immense support that Camilla has been and will be for him: “I know that in these duties and responsibilities I have the tireless support of my beloved wife”, he stated at the accession ceremony on 10 September 2022 in which he was officially proclaimed King, and he had made more emphasis on his role and his figure in his first address to the nation from Buckingham Palace on September 9, 2022: “I count on the loving help of my dear wife, Camilla, In recognition of her loyal public service since our marriage 17 years ago, you become my Queen Consort, I know you will bring to the demands of your new role the steadfast devotion to duty that I have come to depend so much.

So far, all clear. Camilla, as the wife of the titular King, can be and has become the Queen Consort, like all the other wives that the Monarchs of the United Kingdom have had. But why was the Duke of Edinburgh never the King Consort? For the same as Camilla, but in reverse. Born Prince of Greece and Denmark with the title of Royal Highness, Philip Mountbatten renounced all his foreign titles to marry the then Princess Elizabeth in 1947. King George VI gave him the titles of Duke of Edinburgh, Earl of Merioneth before their marriage. and Baron Greenwich with the title of Royal Highness, in addition to naming him a Knight of the Order of the Garter. In those days they were Her Royal Highness Princess Elizabeth, Duchess of Edinburgh and Her Royal Highness the Duke of Edinburgh, in fact they were known as the Edinburghs, which shows what an impact the titles of men versus those of women in a country, the United Kingdom, in which women adopt their husband’s surname when they marry and in which titles can only be inherited by men (with few exceptions) and only extend from men to women. They were the Edinburghs until Elizabeth became Queen. 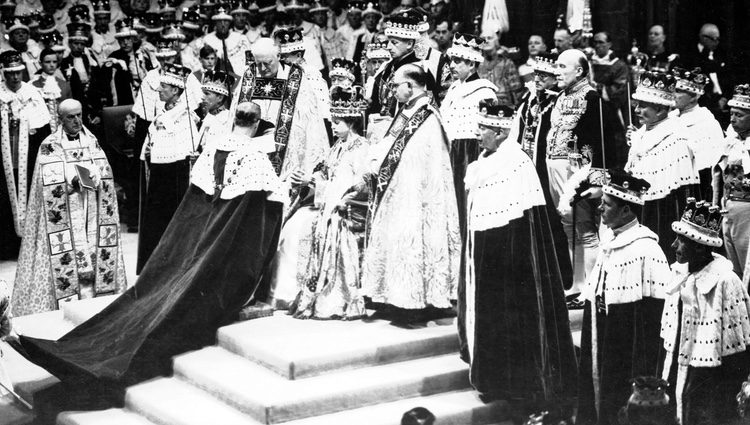 The Duke of Edinburgh kneels before Queen Elizabeth at her coronation

Elizabeth II ascended the throne on February 6, 1952. From Her Royal Highness she became Her Majesty, and from Princess she rose to Queen, while her husband remained as he was, that is, as His Royal Highness the Duke of Edinburgh. . He wasn’t even the most senior man in the British Royal Family despite being the Queen’s consort. Elizabeth II took five more years to raise the rank of her consort with the dignity of Prince of the United Kingdom, thus giving her the place that corresponded to her. From 1957, Philip was the Royal Highness of Prince Philip, Duke of Edinburgh. He was not a King, but he performed the duties of Queen’s Consort with great dedication, and in fact he was the oldest male and the longest-serving Consort in office.

But no, Philip was never King Consort, something that his ancestor Prince Albert, husband of Queen Victoria, was not, but that Francisco de Asís de Borbón, husband of another Elizabeth II, but from Spain, who raised his husband to King Consort. And Philip was not because the titles of the wife do not extend to her husband, and therefore it was not legally and automatically for him to become King Consort. Also, in the past interference with the throne was observed when he fell to a woman. The husband used to interfere in matters that did not correspond to him, something that the Queen Consorts never did, so not granting them the dignity of King was a way of keeping them in their place, especially since between King and Queen, the rank is higher for the male. 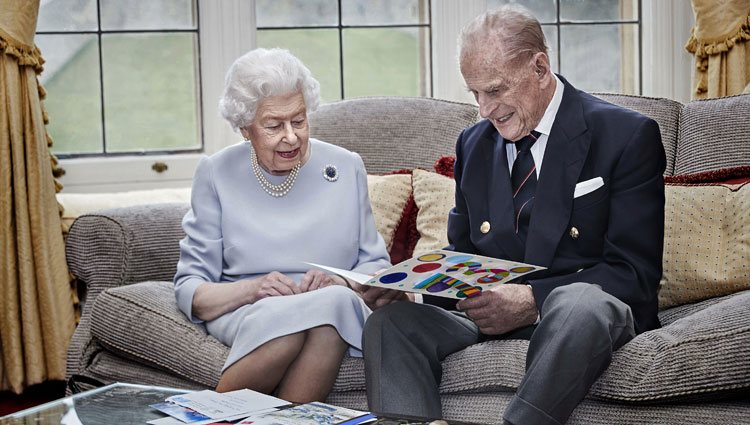 In short, a King consort could pose a threat to the titular Queen, while the same was not the case when the couple consisted of the titular King and his Queen Consort. The truth is that both explanations are anachronistic and if they already made little sense in the 1950s, when this issue arose, they make even less sense in the 21st century, when it is clear who is the titular King or Queen and who is the consort and what are the functions of each. In any case, it seems that Philip did not take it badly not to be at the same level as Elizabeth II, especially once he did give him the dignity of Prince of the United Kingdom.