On Good Friday, the day on which the Catholic Church commemorates the Passion and Death of Christ, the Sermon of the Seven Words is preached, a Catholic tradition in which the last words that Jesus Christ pronounced on the cross are reflected.

Every Holy Week, churches experience the Easter Triduum with a series of religious practices and traditions that help the faithful deepen their Catholic faith and prepare them to celebrate Easter.

On Good Friday the faithful remember the drama of the Passion and Death of Christ, and it is tradition to accompany this moment of prayer with the meditation of the Sermon of the Seven Words or Sermon of the Three Hours.

The “seven words” is the name given to the last seven sentences that Jesus pronounced during his crucifixion, before giving his life for the salvation of humanity, and which have been collected in the gospels.

According to the Society of Jesus, known as the Jesuits, the tradition of the Sermon of the Seven Words “began in the seventeenth century by a Jesuit priest in Peru,” who performed “meditations for Good Friday” from the last words of Jesus.

This is the Venerable Fr. Francisco del Castillo, who is in the process of beatification. The Jesuit priest gave a three-hour sermon on Good Friday in 1660 in which he compared the suffering of Christ with the sufferings of slaves and indigenous people.

Since then, “the last words of Jesus, as they appear in the Gospel, have become part of the Church’s Lenten tradition” and “of the Good Friday service,” the Jesuits said. The Sermon of the Seven Words is not only performed in Peru, but its practice spread to America and Europe.

The tradition of the Sermon of the Seven Words is important, because each of the phrases that Jesus pronounced on the Cross illuminates our Christian life.

Pope Saint John Paul II affirmed during a catechesis in November 1988 that the seven words that Jesus pronounced on the cross “construct his supreme and definitive message and, at the same time, the confirmation of a holy life, concluded with the total gift of himself, in obedience to the Father, for the salvation of the world.”

That is to say, “everything that Jesus taught and did during his mortal life, on the cross reaches the culmination of truth and holiness,” he affirmed, and made a profound reflection on each word.

For example, the saint said that when Jesus pronounces the first sentence: “Father, forgive them, for they do not know what they are doing,” Jesus Christ “not only forgives, but asks the Father’s forgiveness for those who have handed him over to death, and therefore also for all of us”.

Jesus “addresses all those who, humanly speaking, are responsible for his death,” and “forgiveness is his only response to hostility,” said St. John Paul II. In this sense, he encouraged to go to “Christ crucified, Eternal Priest”, who “always remains as the one who intercedes in favor of sinners who approach God through Him”.

Similarly, when reflecting on the second word: “I assure you that today you will be with me in Paradise”, the saint expressed that “it is an impressive fact, in which we see in action all the dimensions of the salvific work, which is concretized in forgiveness.”

The saint recalled that according to the Bible, the criminal crucified next to Christ “professes his faith in the Redeemer” and “at the moment of dying, not only accepts his death as a just penalty for the evil done, but also turns to Jesus to tell him that he puts all his hope in Him.”

Faced with this, Jesus responds immediately and “promises paradise, in his company, for that very day” and thus the sinner “becomes a saint at the last moment of his life,” he added.

“This shows that men can obtain, thanks to the cross of Christ, the forgiveness of all sins and also of a whole wicked life […] if they surrender to the grace of the Redeemer who converts and saves them,” he explained.

For St. John Paul II, the words that Christ spoke were “collected by his Mother and the disciples present at Calvary” and “transmitted to the first Christian communities and to all future generations” with a clear objective:

“So that they would illuminate the meaning of the redemptive work of Jesus and inspire his followers during his life and at the moment of death,” he said. In this sense, the saint encouraged Catholics to “meditate those words too, as so many Christians have done, in all ages.”

Fri Apr 15 , 2022
*This article contains spoilers for episode 1 of the first season of ‘The Kardashians’ (now available on Disney+) After a long wait – at least for the fans – the new Kardashian reality show has already been broadcast. This first episode sheds light on how the lives of its protagonists […] 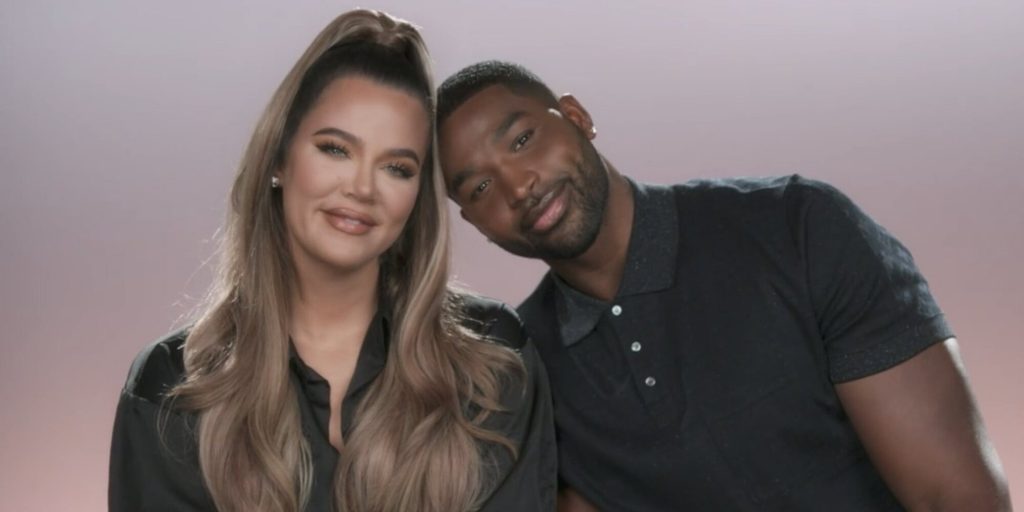