The Vatican Observatory last week announced a new mathematical model, drawn up by two Catholic priests, that seeks to describe how gravity would have worked at the time of the creation of the universe.

The research by Fr. Gabriele Gionti SJ and Fr. Matteo Galaverni, from the Diocese of Reggio Emilia-Guastalla (Italy), was published in April in the prestigious scientific journal Physical Review D. Time will tell what impact it will have on the community scientific.

Their work is based on how they both understand that the laws of gravity worked at the time of the Big Bang.when the universe suddenly and rapidly expanded from a small, incredibly heavy and dense point, known as a singularity.

The new mathematical model seeks to describe how gravity would have worked in the midst of what is known as “cosmological inflation,” that is, the rapid expansion of the universe during and after the Big Bang.

For years, scientists have been searching for a quantum theory of gravity, which could explain how gravity worked during the Big Bang. The Vatican priests’ research is part of a larger effort in the scientific community to understand the earliest moments of the universe’s existence.

Priests Gionti and Galaverni said in a written interview with CNA, an English agency of the ACI Group, that the Brans-Dicke theory, a common framework that scientists use to study gravity, does not always work, and that the model they have developed is an alternative to this problem.

The proposed work seeks to analyze gravity calculations through a simpler mathematical “framework” than the dense and complicated ones used in the past, they explained.

They both hope their research will help narrow down the various theories that other scientists have put forward about cosmological inflation, and the possible theories they posit to explain quantum gravity, the most famous of which is string theory.

Notably, a consistent theory of quantum gravity would go a long way toward understanding how the universe works and how it came to be.

The priests said their research offers further confirmation “that our universe appears mathematically ordered and harmonious.”

“It makes sense for a person of faith to think that this order is the fruit of a benevolent God’s creation,” they wrote.

“This is not a proof of the existence of God, but an ‘aesthetic’ reasoning, in the sense that from the mathematical beauty of this universe, believers are inflamed with a love for God who created this universe out of love,” they pointed out.

“As believers, we know that God created this universe in a relationship of Love with the Son and that this Love is actually the Holy Spirit. When we do science, it is like finding traces of this Love in the universe and, therefore, a trace of God. That is why we sometimes say that research is a form of prayer”, they added.

The priests clarified that their research is “just one part of the much larger scientific effort to understand the universe, with many other scientists also publishing valuable research, all the time.”

However, they stated that “the Vatican Observatory is very pleased with the publication and with having managed to make this contribution to scientific knowledge.”

The Vatican Observatory is one of the oldest active astronomical observatories in the worldbecause its roots go back to the year 1582.

Its headquarters are in Castel Gandolfo, a town on the outskirts of Rome where the summer residence of the popes of the Catholic Church is located. The Vatican Observatory operates the Vatican Advanced Technology Telescope, located in rural Arizona, about 200 miles southeast of Phoenix.

The priests, along with Chris Graney, an adjunct scholar at the Vatican Observatory, told CNA that Catholics can take pride in the fact that their Church embraces science and promotes and encourages the kind of research that is published “in the best scientific journals.”

In addition, they stressed that they are following in the footsteps of other Catholic scientists who have contributed to human knowledge about the universe, including Fr. Georges Lemaître, the priest who created the Big Bang theory.

Today we celebrate Saint Angel, to whom Christ showed "the new columns of the Church

Thu May 5 , 2022
Every May 5, the Church celebrates Saint Angel of Sicily, a Catholic Christian born in Palestine and one of the first members of the Order of Our Lady of Mount Carmel (Carmelites). At the side of San Bartolo, founder of the Order, Angel traveled from his native land to Rome […] 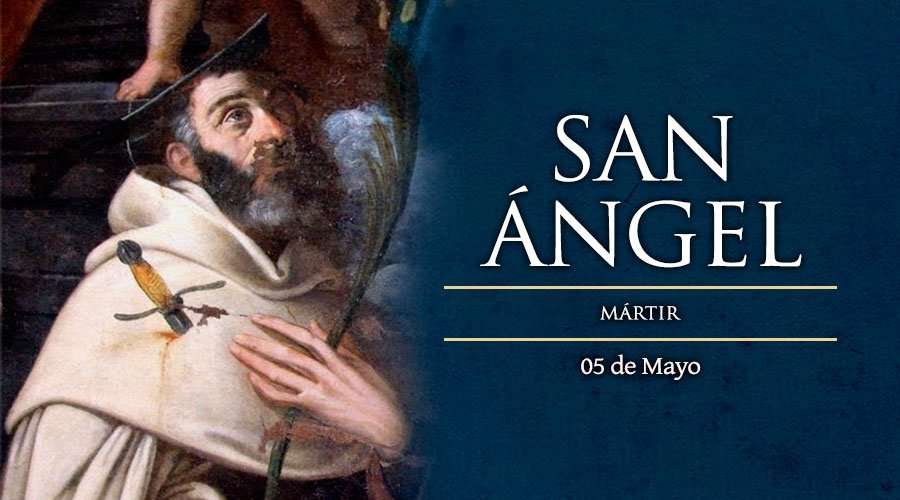