At the end of Holy Week, the tradition of the Easter bunny and eggs appears, and many Catholics wonder if these symbols have anything to do with their faith.

This doubt could be due to the process of secularization that has been removing the Christian character of these elements.

The egg was considered by early Christians to be a symbol of the Resurrection of Jesus. In the Middle Ages, when Easter came around, eggs were painted in colors and were considered very precious objects.

In the seventeenth century, Pope Paul V blessed the egg in a prayer, perhaps to stop the prohibition decreed by the Church in the ninth century not to consume them during Lent.

The arrival of Easter meant the lifting of the norm. It can be said that the “feast of the egg” was held, because it represented rejoicing and a return to happiness. Over time, the veto was lifted and the custom of celebrating Easter by consuming and giving away eggs was maintained.

Through his daily reflection “Punto de Vista”, the director of the ACI Group, Alejandro Bermúdez, explained that in some European countries, such as Italy, on Palm Sunday many families bring eggs to church to bless them and consume them in the Easter Sunday.

He also said that in churches in the United States, children go on a hunt for chocolate or plastic eggs with candy inside. “It is done in an Easter climate, it is for the joy of the Lord’s resurrection, which is sweet. For them it is a special day because their parents do not fight with them to eat sweets, but allow it. So there is a catechetical power in these symbols.”

Alejandro Bermúdez also highlighted that the Easter egg and rabbit are “symbols that we cannot reject, but recover” in their Christian content.

In the case of the Easter bunny, he indicated that this comes from the fact that in the past the figure of the wild hare was used as a catechetical resource to talk about what the Christian’s path to resurrection should be like.

The hind legs of the hare are large, powerful and are used to climb steep terrain. Instead, the front legs are small and weak.

“Those legs make it easy for the rabbit to ascend and difficult to descend. This was used to represent the path of the Christian’s vocation. He must be reluctant and difficult to go all the way down in his moral life and at the same time he must be quick, quick and agile to go up, towards the resurrection of the Lord”.

In 2009, Pope Benedict XVI sent hundreds of Easter eggs to child victims of the earthquake that shook the city of L’Aquila, in central Italy, which left 300 dead.

In 2012, a group of artisans from the Italian town of Cremona presented Benedict XVI with a chocolate Easter egg that was 2.5 meters tall and weighed 250 kilos. The Pontiff received the gift and donated it to the young people incarcerated in the Casal del Marmo correctional facility in Rome.

For his part, in 2014 Pope Francis sent 150 Easter eggs to the Bambino Gesù (Child Jesus) Pediatric Hospital to bring joy to children with cancer.

In 2017, the Holy Father sent several packages with Easter eggs to the children who are in the Caritas Roma reception center.

Mon Apr 18 , 2022
Today, April 18, the first Monday of Easter, the Church celebrates “Angel Monday”, so called to emphasize that it was precisely an angel who announced to the women who went to the tomb that Christ had risen. Since every detail around the Resurrection of the Lord is full of meaning, […] 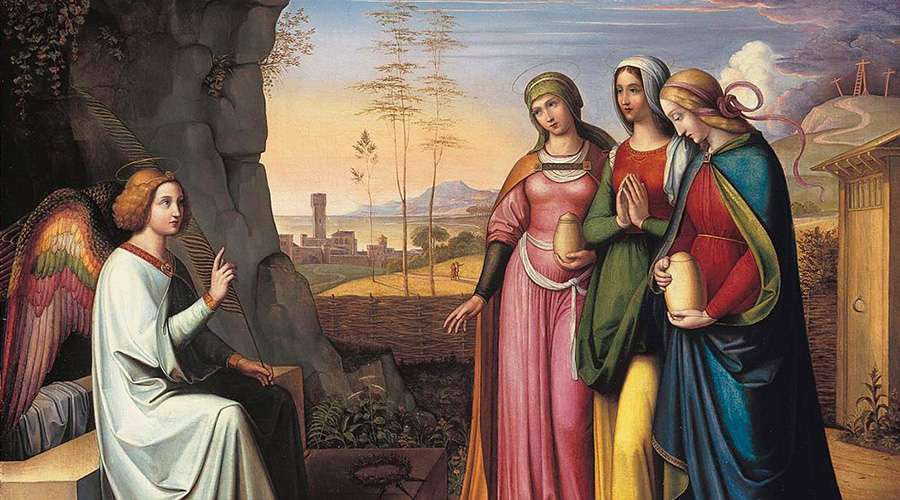