This July 17, many celebrate “World Emoji Day”, and on this occasion two priests known on social networks reflect on the use of these images and which is the most common among Catholics.

World Emoji Day is a party instituted in 2014 by Jeremy Burge, creator of the Emojipedia and the World Emoji Awards, which reward each year the most used pictograms among the novelties of the last year.

Emoji are characters recognized by Unicode, the international encoding standard, and can be read on all digital platforms, although their visual interpretation depends on each of them.

Many of them can have different meanings, depending on fundamentally cultural and religious factors.

Thus, one of the longest-running controversies is about the real meaning of the emoji that represents two joined hands, palm against palm.

Asked about the use of emoticons from a religious point of view, Fr. Francisco Javier “Patxi” Bronchalo, priest of the Diocese of Getafe (Spain), agrees that this Emoji is “the most common among Catholics to indicate that one is praying for some intention”.

The priest also points out that this fact is “curious”, because the icon that indicates the keyboard when the word pray is written corresponds to a person on his knees or even the one that represents two open hands next to each other.

In his opinion, hands together “is more like a handshake, or asking for something please, but in the conscience of people, even the least believers, there is this meaning of praying.”

As detailed in the Emojipedia, the origin of this symbol dates back to 2010 when it was approved by Unicode under the description of “person with folded hands”. In fact, in its first versions, the emoji clearly responded to that description.

Over the years, it has been simplified until it has the current simple appearance, in which only those two hands are seen palm to palm.

But, as detailed, “it is rarely used for high fives, even though it is often suggested as such by the search functions of the Emoji keyboard”.

The Emojipedia maintains that it either responds to a gesture that means “please” or “thank you” in Japanese culture, or alternatively, means praying in many religious settings.

But this is not the only emoji that can be used in a religious context. In 2016, a project replaced at least 15% of the words in the Bible with Emojis, based on the Protestant version known as the King James Bible. For this, different emoticons were used, such as the crown, the light bulb, the dove, etc.

Consulted by ACI Prensa, Fr. Jesús Silva, from the Archdiocese of Madrid, confirms that he uses numerous emoticons in his day to day life, starting with hands together. But also that of a person with a halo, the face from which three hearts come out, the arm that shows the biceps or the emojis of churches, among others.

The possibilities of use remain open with no other limit than apostolic creativity, since “all the children of the Church, by common agreement, must ensure that the means of social communication (…) are used effectively in the works of the apostolate” , as explained since 1964 in the conciliar decree Inter mirifica signed by Paul VI.

Along these lines, Saint John Paul II defined the media in his encyclical Redemptoris missio as “the first areopagus of the modern age” and warned that “it is not enough to use them to spread the Christian message and the authentic Magisterium of the Church, but that it is convenient to integrate the message itself in this ‘new culture’ created by modern communication”.

The Pontifical Council for Social Communications maintains this magisterial line and already in 2002 encouraged in its document “The Church and the Internet” that “people in all sectors of the Church use the Internet in a creative way to assume their responsibilities and carry out the work of the church”.

“It is not acceptable to sheepishly fall behind due to fear of technology or for any other reason,” the document states.

Sun Jul 17 , 2022
When Eugenie of York and Jack Brooksbank married on that windy October 12, 2018 at St George’s Chapel in Windsor Castle, many looked to Beatrice of York, the only remaining adult granddaughter of Queen Elizabeth and the Duke of Edinburgh. to remember that she would be the next to star […] 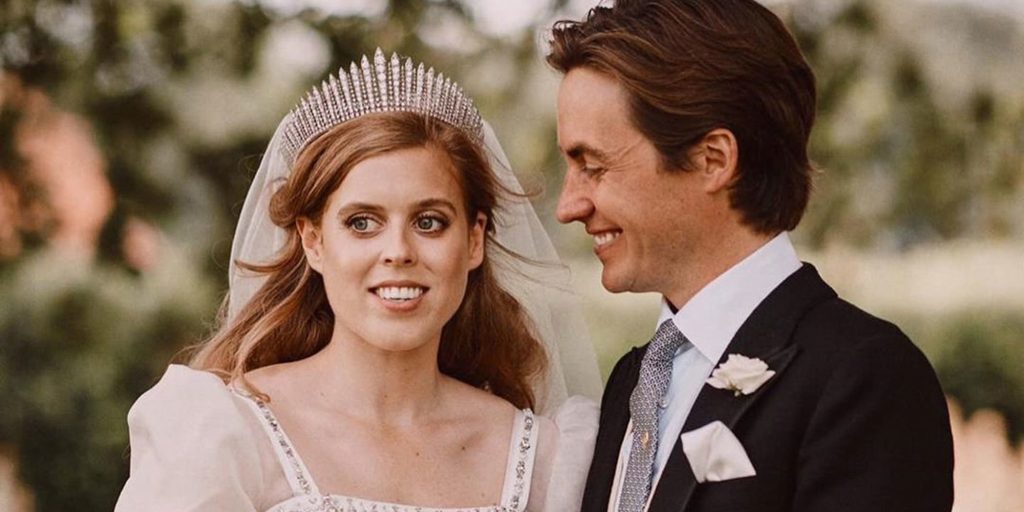