The Major Archbishop of the Ukrainian Greek Catholic Church, His Beatitude Sviatoslav Shevchuk, said that the war in Ukraine recalls the invisible spiritual war that Christians wage every day against the temptation to sin.

In a video message posted on March 30, the 51-year-old Patriarch, who lives in the capital kyiv, said that the conflict in Ukraine “reminds us more and more of the rules of the invisible war, the spiritual struggle that every Christian wages with the devil, with evil and his servants”, and affirmed that the light of God’s truth weakens and disarms the devil.

“Today I want to remind you of another rule of this spiritual struggle,” he said. “Evil always hides in the dark. If the devil and the bad deeds come to light, if they are discredited, immediately the devil loses strength. He is destroyed in the light,” he added.

The Prelate explained that when “we hide our sins, our defects become stronger, they dominate us. But when we bring them to light, confess, speak truthfully to each other, and open our hearts to the spiritual Father, it is as if we bring the devil to light and take away his power.”

In this sense, the Ukrainian Patriarch thanked the people who work in the media and “tell the truth about the suffering and pain of Ukraine”, even “at the cost of their own lives”, because in Russia words like “war ” are banned in the media.

“I thank all those who have the courage to tell the truth, who not only listen to the truth about Ukraine, but bring it to the world and thereby unmask, bring to light the devil, disarm him. And he gives us the strength to be victorious,” he stated.

Archbishop Sviatoslav Shevchuk also warned that it was possible to become complicit in other people’s sins by praising or remaining silent.

“Today I want to exhort all of you not to get involved in the sins of others. Do not become complicit in the crimes that are being committed in Ukraine because of your own silence or fear of telling the truth,” he said.

On the contrary, “bring the devil out into the open and we will win,” he said, “because we feel that the light of God illuminates the hearts of Ukrainians today. And the truth that we live and die for is the content of our strength, resilience and will be the key to Ukraine’s victory.”

On March 31, the Patriarch of Ukraine reflected in a new video message on the resilience of the Ukrainian people in the face of Russia’s invasion of Ukraine, a devastating military conflict now entering its sixth week.

He said that the Ukrainians’ ability to survive had a spiritual level characterized by moral struggle. “We know very well that every Christian, by the power of the holy mystery of Baptism, is called to fight, to combat evil,” he said.

In this regard, he cited a section of the Letter to the Ephesians in which “the apostle Paul says that ‘we do not fight against flesh and blood, but against principalities, against powers, against the rulers of this world of darkness, against spiritual hosts of wickedness in the heavenly places.

The Ukrainian Patriarch recalled that in the Eastern Christian tradition there are examples of this ascetic attitude among monks, as well as the Stylites, who lived on pillars, and the Kalibites, who lived in huts.

“They stood, regardless of heat or cold, rain or snow; and by standing, standing before God, they defeated the devil,” he said. “Your example of him is extremely important for us, for us in Ukraine today,” he stressed.

He explained that standing spiritually means the strength of the spirit, “so as not to be like a weathervane that changes your moral and spiritual attitude according to certain benefits or social and political winds.”

Finally, the Patriarch made a “call to the whole world to stand up to resist the attacks of evil. Stand against the attacks of falsehood. Because every war is accompanied by a big lie. I urge everyone to support Ukraine.”

Great classics, new faces and a lot of rhythm in Los 40 Primavera Pop 2022 that have returned to the long-awaited normal

Sat Apr 2 , 2022
We were looking forward to fully returning to music and let’s go if we have succeeded. The 40 Primavera Pop have returned to normalcy in style with great artists on stage at the Wizink Center. While we were still taking off our coats, Manuel Carrasco made an appearance to fill […] 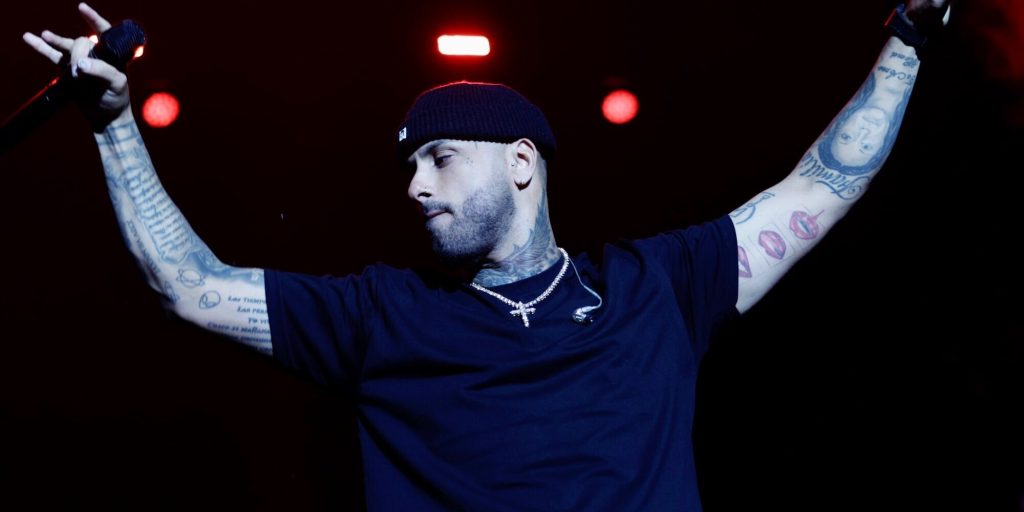