One of the former seminarians who was the victim of sexual abuse committed by the Bishop Emeritus of Oran, Msgr. Gustavo Zanchetta, who is identified by the acronym “MC”, spoke for the first time with the press and gave testimony of his time at the seminary and the manipulation suffered.

On March 4, the Argentine justice found Bishop Zanchetta guilty of the crime of sexual abuse “to the detriment of GG and MC”, and sentenced him to 4 and a half years in prison.

When referring to the life of him and his companions in the San Juan XXIII seminary, he was honest before the interviewer of the newspaper El Tribuno: “The truth is that we had a bad time. Although we all entered with the illusion of being priests, of serving people in the name of God, we lived through very hard times, of a lot of discrimination, of a lot of mistreatment and pain because the Church tried to hide everything that was lived”.

“Discrimination because we were black and he (Zanchetta) came from Buenos Aires, he was a white guy and we were black from the north. We were practically nothing to him. He also discriminated against us colleagues for being fat, for lifestyle, there were people inside who were 30 years old and he treated them like an old man who was useless. In the complaint are the things we live, “explained MC

The victim, now 28 years old, entered the seminary when he was 19 and remained there for 7 years under Zanchetta’s supervision.

MC narrated in the interview that, little by little, the scenario was created for sexual abuse to be committed, based on the manipulation of young people.

The former seminarian explains that Zanchetta had a “select group” of young people to whom he offered “jackets, sweatshirts, computers, money.”

“In quotes, I belonged to that group, but I didn’t want to get carried away by everything he did. We suffer a lot of manipulation, many come from humble families. I also come from a family that sometimes we did not have to eat and, with that argument, he manipulated a lot. He touched you where you were most fragile”.

According to MC, much of the manipulation was due to Zanchetta bragging about his friendship with the Pope.

“He always presumed that he was a friend of the Pope, that the Pope called him or that he called him and told him about us (…) That put pressure on us, there he showed his authoritarianism and power. He said ‘I can close the seminary’, ‘don’t contradict me because I’m the bishop’”, he narrated.

MC assured that at that time he did not “realize what was happening”, but when he was about to leave the seminary he began to speak with a priest who helped him understand what was really happening.

“There I open my eyes and I realize everything we had lived through. We were very manipulated, we couldn’t understand the dimension of everything he had done and how his process had started, from the smallest thing to that. It was not easy to get it out, to push it, ”she lamented.

MC states that “at the last, when I was about to leave, our relationship (with Zanchetta) was more aggressive.”

“When he left, it didn’t go well with me and that’s when I began to open my eyes. Although seminarians at that time who are now priests said ‘the bishop is leaving’ and they were sad, I didn’t feel anything. He even asked me how I felt,” he said.

And he added: “I was in the seminary here in Salta and he called and said that, for health reasons, he was going to Rome. I told him I was calm and he got upset because he wanted me to cry for him, I didn’t feel that it was an affective detachment. We had already been knowing and living what had been done with the priests, that it had been canonically denounced at the Nunciature”.

MC said sadly in the interview that he really wanted to “be a priest, live a life of celibacy and give myself to God.” “And my dream was broken, that desire to prostrate myself and say ‘here I am Lord’. Today I doubt the Church and the existence of God.”

The former seminarian says that he was able to get ahead with the help of his family when he left the seminary. “I decided to leave Oran and look for other paths. I decided to start from scratch here in Salta”.

At the time of making the complaint, he said that “he did not know if he was doing the right thing” because there was a lot of “pressure from outside.”

He assured that the prosecutor in the case “was a very strong support, because she listened to us and made us see that this was the truth.”

“I did not have to pay for a lawyer and I did not know which lawyer was really going to risk it in this case, because it was standing up to an authority of the Church. That is why I really admire the courage of the prosecutor (Soledad Filtrín Cuezzo) who played it and defended us until the end, ”she said.

MC recounted that after the sentence, he said: “This is a small part of everything that was lived. But now our particular work continues, of healing those wounds that will remain for a lifetime and that are very difficult to close.

The trial against Zanchetta began on February 21 and during it the Bishop denied the charges of sexual abuse against him, while the victims “ratified before the Court their statements made in the investigation stage, one of them pointing out that the priest he would have made ‘loving proposals’ and required ‘massages’”.

Originally the trial was scheduled to begin on October 12, 2021, but it was suspended at the request of the Prelate’s defender, Enzo Gianotti, who asked the judges to wait for the files of the canonical process that Mons. Zanchetta is undergoing in the Vatican. .

In February 2019, the Congregation for Bishops entrusted the Archbishop of Tucumán (Argentina), Msgr. Carlos Alberto Sánchez, with a preliminary investigation of the complaints against Msgr. Zanchetta, accused of sexual abuse and abuse of power. Then the case went to the Congregation for the Doctrine of the Faith, in charge of dealing with these cases.

In an interview granted to the Mexican journalist from Televisa, Valentina Alazraki, in May 2019, the Holy Father referred to the case, including the criticism received for having appointed Msgr. Zanchetta as advisor to the Patrimony Administration of the Apostolic See ( APSA) in December 2017, a position he held until October 2021.

The Pope said that some described the Bishop as “despot, bossy, well, economic management of things is not entirely clear, it seems, this is not proven. But certainly the clergy felt they were not well treated by him”, so “as a clergy they made a complaint to the Nunciature”.

In this sense, the Pontiff said that he called the Nunciature and the Nuncio stressed that “the complaint is serious for mistreatment, abuse of power, we could say, right?”; so he sent Bishop Zanchetta to Spain “to do a psychiatric test.”

The Pope indicated that “the result of the test was normal” and they advised that he receive therapy once a month in Madrid, for which Msgr. Zanchetta did not return to Argentina.

Francis explained that after receiving the results of the preliminary investigation that was carried out on Bishop Zanchetta in 2019, “I saw that a trial was necessary. So I passed it on to the Congregation for the Doctrine of the Faith, where they are doing the trial.”

Pope Francis then concluded: “How the trial will end, I don’t know, I leave it in their hands.”

The Vatican has not disclosed the details of the canonical process against Bishop Zanchetta and has not reported whether it has concluded.

The Vatican has so far not released whether or not there will be any statement on Bishop Zanchetta’s conviction.

Hailey Bieber recovers after suffering a stroke: "It was one of the scariest moments I've ever had"

Sun Mar 13 , 2022
HomeCelebritiesHailey Bieber recovers after suffering a stroke: “It was one of the scariest moments I’ve ever had” AT 25 YEARS OLD The model got a big scare when she suffered a stroke from which she has fortunately managed to recover quickly. There are diseases and health problems that usually affect […] 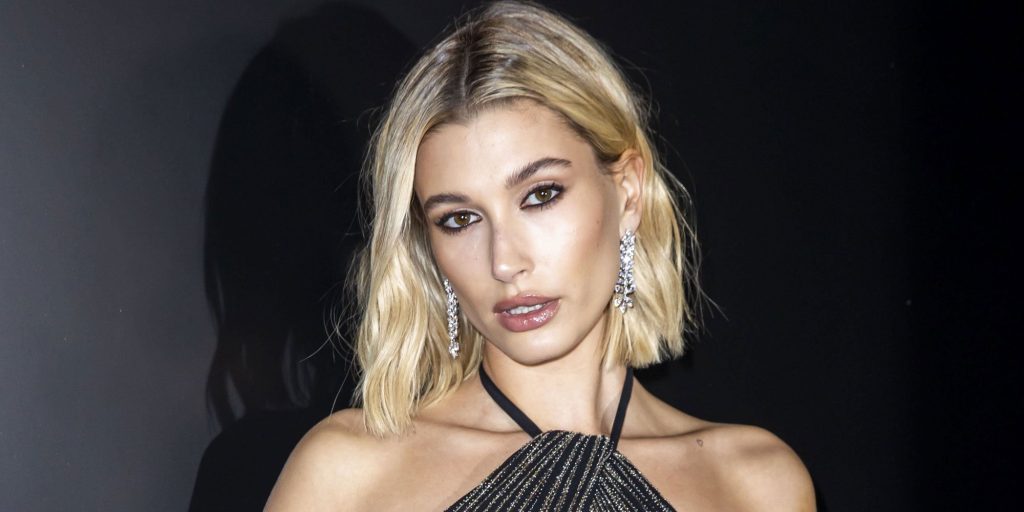