Tom Holland is still on a roll. Although the coffers of ‘Spider-Man: No Way Home’ are still open and receiving money, the actor premiered last Friday in the United States ‘Uncharted’. The film already had good box office numbers in the countries where it had been released a week earlier, such as Spain, where it was number 1 for the weekend and the best premiere of the year so far. And although the critics have not accompanied, the Americans have gone to the cinema to meet the Nathan Drake of flesh and blood.

‘Uncharted’ has debuted at the North American box office with the hopeful figure of 44.15 million dollars. Thus, it surpasses the 30 million dollars of ‘Scream’ and becomes the best debut of the year also in the United States. The forecast for the entire President’s Day bridge is 51 million dollars, exceeding all expectations, which indicated an opening of 35-40 million dollars. Added to the international box office, it already has more than 130 million dollars, so it has already covered the budget of 120 million. It would be necessary to add, of course, the expense in publicity that the film has had, which has taken Tom Holland on a press tour to countries like ours, the United Kingdom and Italy, and that he even put up a spot for a car during the Super Bowl . But it’s a promising start that may start talks for a sequel. The good thing is that on March 14 it will be released in China. In Spain it has endured at number 1 and would reach a total of about 6 million euros despite the premieres of ‘Death on the Nile’ and ‘Marry me’, reports Comscore.

It is not the only pleasant surprise that comes from the North American box office. ‘Dog’, the new film by Channing Tatum, has also exceeded expectations and achieved an estimated 18 million dollars for the four days of the bridge. Not only does it serve to cover the 15 million dollars it cost, but it also manages to bring female audiences back to theaters. ‘Dog’ does not yet have a release date in Spain but it will be brought by Diamond Films. Analysts are clapping their ears because they see the fact that two films beat forecasts at the weekend as a good sign for the recovery of the sector.

Tom Holland returns in third position with ‘Spider-Man: No Way Home’, which has added another 7.2 million dollars to a total of 770 million in the United States alone. It is only down 4% from the previous weekend. The global total is $1.83 billion. More good news: ‘Jackass Forever’ continues to be in good health, down just 35% in its third week. It has raised almost 47 million dollars. In Spain it will be released on March 11. In not-so-good news, ‘Death on the Nile’ and ‘Marry Me’ plummet in their second round and drop to fourth and sixth respectively. And ‘The Cursed’, the third most important premiere of the week, goes unnoticed and debuts in tenth position with 1.7 million dollars.

Sun Feb 20 , 2022
Now that Netflix is ​​out, many of us can live the rest of our lives in blissful contentment Rabbit Invasion: Mission to Mars, a spin-off special of the animated series in which little rubber rabbit-like aliens talk nonsense and engage in endless cartoon violence. They are indestructible squeaky toys that […] 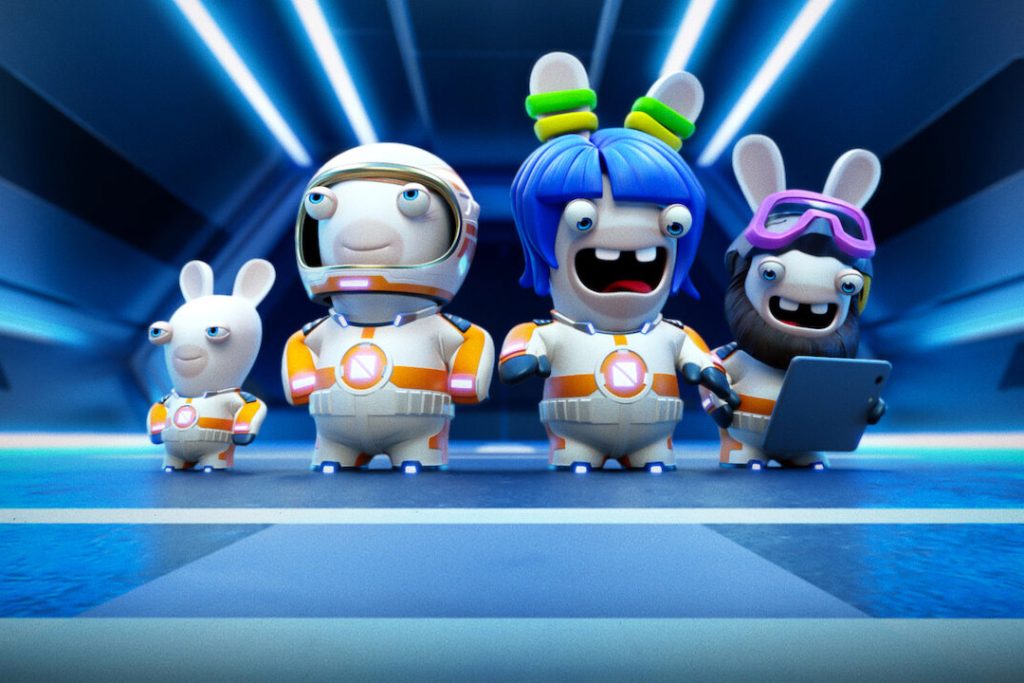