Fr. Dimitro Kiyashko, a priest of the Ukrainian Greek-Catholic Church, asked the devotees to implore Our Lady of Guadalupe for an early peace for Ukraine, attacked these days by Russia.

As part of his visit to Mexico to participate in the Fourth Night of the Witnesses, an event organized by the pontifical foundation Aid to the Church in Need (ACN), Fr. Kiyashko, 33, asked “in this holy land of Mexico , prayer to the Virgin of Guadalupe, because now this protection is the most important”.

“And I also ask for solidarity from all the people of Mexico with the Ukrainian people who suffer a lot on this day,” he said.

The Fourth Night of the Witnesses is an occasion for prayer and testimonies about the need and persecution suffered by the Catholic Church in various parts of the world.

In this edition, in Mexico, in addition to Fr. Dimitro Kiyashko, Fr. Dieudonne Rizinde Mahirwe from the Democratic Republic of the Congo; and Fr. Pénès Célestin, from Haiti.

The three priests, hand in hand with ACN, will share their testimonies in Guadalajara, Monterrey and Saltillo, from March 10 to 12.

THE NIGHT OF THE WITNESSES 2022: #Guadalajara, #Monterrey and #Saltillo
Prayer, music and eyewitness testimonies of priests from UKRAINE, HAITI and RD CONGO.

Fr. Kiyashko, who has also carried out his ministry in Valencia and Ibiza (Spain), said that “there are regions in Ukraine where the humanitarian situation is complicated”, because “people have no water, no food, no food, no nothing, they have neither electricity nor gas in their houses”.

“Then there are regions where people suffer a lot,” he said.

Priests and bishops, Fr. Kiyashko said, “are in their dioceses.”

“Each priest is in his parish, nobody leaves people. The Church is with the people, with its people and our parish”.

Temples, he said, are now even used “as bunkers for people. The Church now saves not only souls, but also saves people’s lives.”

The Ukrainian priest highlighted the work of many organizations and people of good will “to support our people, to give food, medicine, clothing, donations.”

In addition, he thanked Pope Francis for sending Cardinal Konrad Krajewski, pontifical almoner, to Ukraine; and Cardinal Michael Czerny, prefect ad interim of the Dicastery for the Service of Integral Human Development.

“It is a very good sign and a response from Pope Francis: that he is with us, not only with words, but with real help, with everything that is missing in Ukraine,” he said.

“And for that too, many thanks to the Pope and the entire Catholic Church,” he said.

Fr. Kiyashko also asked to collaborate with Aid to the Church in Need, which has set up a special website for donations for Ukraine: https://acn-mexico.org/emergenciaukrania-m

The Ukrainian priest also encouraged to resort to “prayer, because now it is our weapon”, praying the Rosary to ask for the “protection of God, protection of the Virgin”.

Heart of a Father: Premiere of a film about Saint Joseph will be at La Sagrada Familia

Fri Mar 11 , 2022
The famous Basilica of the Sagrada Familia in Barcelona will be the scene of the premiere of the film “Heart of a Father” on March 15a documentary by Goya Producciones that rediscovers the figure of Saint Joseph of Nazareth, not only as the Holy Custodian but as a “powerful ally […] 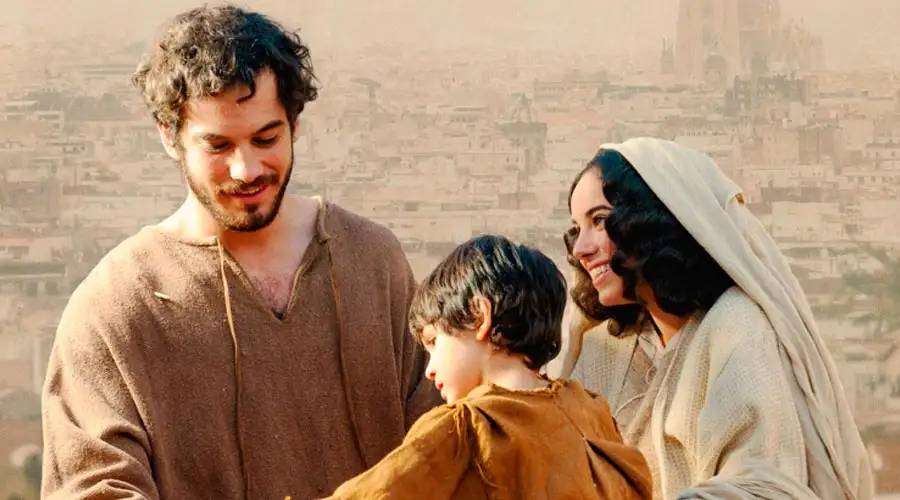