On March 30, the UK Parliament declared a home abortion policy permanent, allowing women up to 10 weeks pregnant to self-administer abortion medication at home without first being seen by a doctor in hospital.

On March 30, the House of Commons of the UK Parliament declared permanent the home medical abortion policy passed during the COVID-19 pandemic, following a 215-188 vote on an amendment to the Health Care Bill. and Attention of 2021.

Parliament’s decision was harshly criticized by pro-life organizations such as Right to Life UK and Christian Concern.

Catherine Robinson, representative of Right to Life UK, said that “the group of MPs who voted in favor of this amendment voted to remove vital safeguards, including an in-person appointment with a medical professional”, and warned that the policy “will put thousands of of women most at risk for ‘DIY’ home abortion services”.

Robinson recalled that “by eliminating a routine in-person consultation, which allows doctors to certify pregnancy and recognize potential coercion or abuse, ‘at-home’ abortion has presented serious risks to women and girls in situations of abuse”.

“It has allowed serious complications to occur, as well as abortions beyond the legal limit, as abortion providers are currently unable to ensure that the intended person takes the pills within the appropriate time period,” he added.

For her part, Andrea Williams, executive director of Christian Concern, said that “this vote will have dire consequences for women, who will not receive the proper medical support they need and will be more easily coerced by their partners and family.”

“The vote in Parliament sends the message to women with crisis pregnancies that this is the best we can offer them: to have a traumatic and unsafe abortion at home, often alone, without any clinical examination or private conversation in person” , he added.

The amendment was tabled in the House of Lords by Liz Sugg, a member of the Conservative Party. The upper house approved his amendment on March 16 by a 75-35 vote.

On March 22, the Bishop of Portsmouth, Msgr. Philip Egan, reacted with surprise to the approval of the House of Lords and called on parliamentarians to reject the anti-life bill.

“It is shocking that the House of Lords has supported an amendment that will end the lives of innocent unborn children, without regard to the health of the women who use this system. I urge all parliamentarians to reject this bill and protect human life,” she said.

The British Government decided in February 2022 to extend the home abortion policy in England, only temporarily, until August 30. The policy approved during the COVID-19 pandemic was due to expire on March 30.

The policy drew harsh criticism and concerns that home medication abortions would weaken protections for sexually exploited minors, or other women who are manipulated or coerced into having abortions.

Vaccines and Public Health Minister Maggie Throup said in February that “after careful consideration, it is the Government’s view that the provision of early medical abortion should return to pre-COVID-19 arrangements.”

Throup argued that the government’s “first and foremost priority” is “the well-being and safety of women who require access to abortion services.”

A medical abortion, sometimes called a chemical abortion, is a two-step process that involves the ingestion of mifepristone and then misoprostol. The former starves the fetus by blocking the effects of the hormone progesterone, and this induces miscarriage; while the second is taken up to two days later and induces labor.

This law already allowed women to take misoprostol at home, after taking the first medication in a clinic with a face-to-face consultation with a doctor.

In March 2020, when the COVID-19 pandemic began, the Department of Health announced that it would allow women to perform medical abortions at home during the first 10 weeks of pregnancy. The temporary rules allowed them to access drugs without first visiting a clinic, but only a phone or online consultation was enough.

Initially, the policy launched during the pandemic was valid for two years or until the end of the COVID-19 coronavirus crisis.

However, a public consultation, held between November 2020 and February 2021, collected views on whether the policy should be made permanent. According to BBC News, some felt that a problem with the law was the danger of domestic abuse.

Clinical Commissioning Groups, general medical practice groups, and National Health Service trusts reported that “the temporary measure had increased attendance [de pacientes] to emergency departments and that other general hospital services, such as ambulance services, had been affected by the temporary measure.”

In addition, they warned of the danger that “women are forced to abort when they are not physically seen in a service”; and raised concerns about the risk of protecting potential patients, including people with learning disabilities.

Today we commemorate Saint Hugh of Grenoble, the generous bishop with God

Fri Apr 1 , 2022
On the first day of April, the Catholic Church remembers Saint Hugh of Grenoble (France), also known as Saint Hugh of Châteauneuf, who was first a canon of the city of Valence, and then Bishop of Grenoble for more than half a century, between 1080 and 1132. St. Hugh was […] 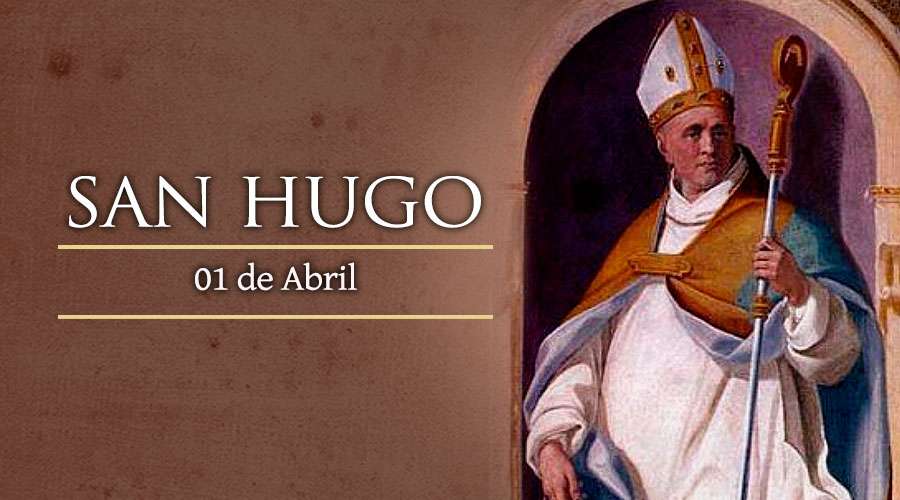