Every April 23, the Church celebrates the feast of Saint George, a saint from the first centuries of Christianity and who today is universally venerated. His fame spread during the High Middle Ages, and today he continues to evoke, as before, many aspects of Christian virtue, especially those necessary to face the daily fight against the Evil One: courage and fortitude.

Saint George was a Roman soldier converted to faith in Jesus Christ who ended up being executed in Nicomedia because of his faith. It is believed that he was beheaded, so he is counted among the martyrs. He lived between the years c.275-280 and 303.

Many today refer to St. George as “Pope Francis’ saint,” because of the devotion that Pope Bergoglio has professed for him for many years. Saint George is also the Patron Saint of Cavalry Arms of the Army of Argentina, the Holy Father’s native country.

Protector in the fight against evil

Saint George was born in Lydda, Palestine, the land of Jesus. His father was a highly esteemed farmer. He entered the Roman Imperial Army and, thanks to his charisma and leadership skills, quickly rose through the ranks in the military.

Legend has it that when the saint arrived in a city in the East, he met a gigantic lizard (or perhaps an alligator or crocodile) that used to attack the towns and that it was believed had devoured some of the inhabitants. No one dared to confront him. When Saint George heard of him, he confronted him and defeated him. Full of admiration for what happened, the locals heard Jorge give thanks to God and invoke the name of Jesus Christ for the victory, and many of them converted to Christianity.

The final victory will be Christ’s

At that time, Emperor Diocletian – under whose command George was – began a persecution against the Christians. Hearing that George and other soldiers had converted, he ordered everyone to worship Roman idols and forbade reverence for Jesus Christ. Jorge declared that he would never stop loving Christ, his God, and that he would never change him for any idol.

The refusal caused the emperor to condemn him to death. At the moment of martyrdom they took him to the temple of the idols to see if he would repent and worship them, but Jorge did not step back.

Saint George was martyred, and as they whipped him he began to remember the whipping they gave Jesus, and that He never opened his mouth to complain or insult. Therefore, Jorge suffered the punishments in silence.

People who saw him were impressed by his strength and said, “It really pays to be a follower of Christ.” When he heard that they would cut off his head, he thanked his executioners because that way they ensured he would go to Heaven and be with the Lord.

Footprints of the Warrior

Saint George is usually depicted on horseback, in medieval-style military dress, holding a palm, a spear, and a shield. He is also depicted beside a white flag marked with a red cross, stamped from end to end. Sometimes that flag is carved into his shield. These details can be found in pictures and other representations.

England has as its banner the flag of Saint George, who is also the patron saint of that nation. He is also patron of the Boy Scouts, farmers, archers, sculptors, blacksmiths, prisoners, circus performers, mountaineers, soldiers, among numerous other patronages. He is also revered as the protector of domestic animals.

If you want to know more about Saint George, we recommend this article from the Catholic Encyclopedia: https://ec.aciprensa.com/wiki/San_Jorge.

'Selling Sunset' on Netflix: Who is Chelsea Razkani?

Sat Apr 23 , 2022
sell sunset It’s back –​​​—the cast is bigger than ever. Not only is the entire original cast still there, but season 4 additions Vanessa Villela and Emma Hernan are back for another season.but it’s not a season sell sunset If realtors don’t figure out where the rookie loyalty lies – […] 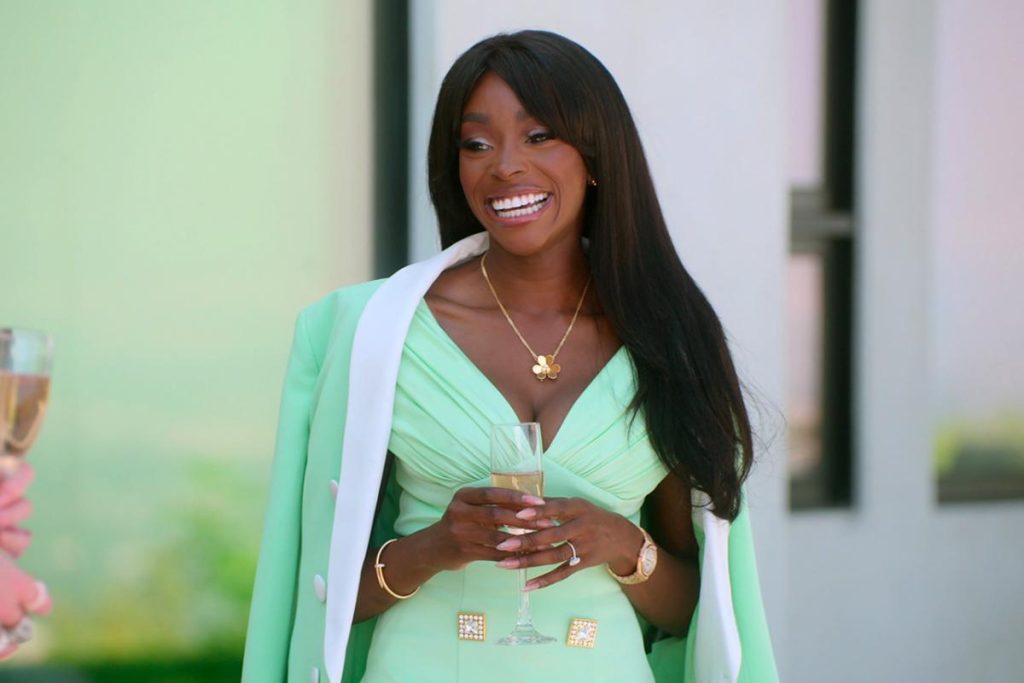