Every June 10, Blessed Giovanni (John) Dominici is remembered, a Dominican religious who became Archbishop of Ragusa (Italy) and Cardinal of San Sisto.

Blessed Giovanni Dominici had a diverse range of abilities: by training he was a theologian and, by vocation, a poet and distinguished orator; however, he also had to act as a diplomat. We know many facts about his life thanks to a brief biography of him written by Saint Antoninus, Archbishop of Florence.

The Blessed is also remembered for having restored the regular observance of the convents of the Order of Preachers (Dominicans); and for having been sent in June 1418 to Bohemia and Hungary to contain the heresy of John Hus, one of the forerunners of the Protestant Reformation.

God counts on our fragility

Giovanni Dominici was born in Florence, Italy, in 1376. At the age of 18, he received the Dominican habit at the Santa Maria Novella priory, despite some opposition from some of his superiors due to his lack of prior education and his tendency to stuttering – a problematic detail for many Dominicans of the time, who considered that it was an insurmountable problem to be a “good speaker” -. However, Giovanni learned to compensate for his limitations with his extraordinary ability to retain in memory what he learned. Dominici became, in a short time, one of the best theologians of his time and an eloquent preacher. It is said that he was able to overcome his stutter with the miraculous help of Saint Catherine of Siena, whom he became a follower of.

Under the influence of Catherine, the blessed devoted himself to the renewal of his Order. In Fiesole and in Venice he founded new monasteries, among which was one for the female branch, called “Corpus Christi”. From these centers of spirituality he worked to restore the strict observance of the rule of Santo Domingo.

In 1406, Dominici attended the conclave that elected Pope Gregory XII, whose confessor and adviser he would later be; and the latter, because of the confidence he inspired in him, consecrated him Archbishop of Ragusa and later Cardinal of Saint Sixtus.

After the resignation of Gregory XII in 1415 before the Council of Constance -a decision taken by the Pope to end the so-called “Western Schism”-, Martin V was elected as Supreme Pontiff. Dominici put himself at his service, but would soon be sent as a diplomat to combat the heretical doctrines of John Hus, which were spreading throughout Hungary and Bohemia. Dominici traveled in June 1418 with the intention of meeting with Kings Sigismund and Wenceslaus, and gaining their support. Unfortunately, he did not get a convincing answer and before embarking on his way back to Italy he died in the city of Buda (Hungary) on June 10, 1419.

His remains were buried in the church of Saint Paul in Budapest, but his tomb was destroyed in 1541 at the hands of the Turks, who invaded the city. His beatification, proposed since 1622, was finally approved by Gregory XVI in 1832 and, with it, his authorized worship of him.

If you want to know more about Blessed Giovanni Dominici, you can read the following article from the Catholic Encyclopedia.

Also, the Catholic Encyclopedia offers information on the Western Schism, and on the resignation of Gregory XII.

Fri Jun 10 , 2022
Yes, Prince William has surprised many British citizens by becoming newspaper delivery men for a day, taking to the streets to sell copies of The Big Issue. This surprise appearance took place just under a week after the Platinum Jubilee celebrations of his grandmother, Queen Elizabeth, where he could be […] 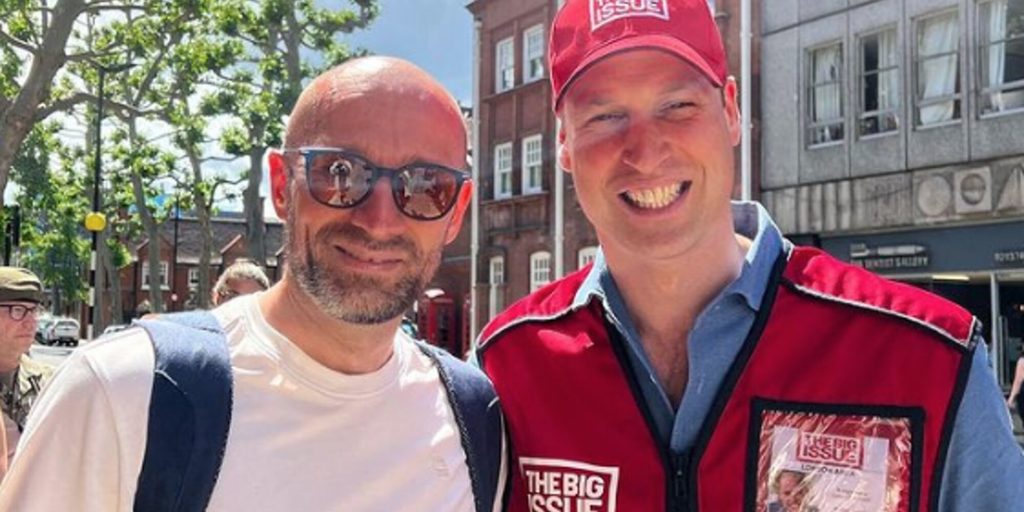