Today, June 3, the Catholic Church commemorates the Ugandan Christians who were tortured and executed on the orders of King Mwanga between 1885 and 1887. The group of martyrs is headed by Saint Charles Lwanga who, together with his 21 companions, he gave his life for refusing to participate in the impure rituals established by the king.

The 22 missionaries were members of the “Society of Missionaries of Africa”, whose members were known as the “White Fathers”, alluding to the clothes they wore, all white. This community, a Society of Apostolic Life, had been established years before in Algeria (1868) with the aim of evangelizing the African nations.

Willing to die for Christ

In the beginning of their missionary work, the White Fathers took charge of the region of Uganda (at that time, Buganda) as part of the Vicariate of the Upper Nile, established in 1878. The evangelizers managed to enter the region, establish themselves and win many souls. for God.

Initially, King Mutesa I, Mwanga’s father and predecessor, favored the arrival of missionaries and welcomed the native converts. Some of them, laymen, became part of his court, as was the case of José (Joseph) Mukasa, who was his butler. Unfortunately, soon after, tensions would begin when Mutesa realized that the “new religion” had become a real obstacle to the slave trade that he sponsored. The king’s attitude forced the Christians to move away.

Mutesa would be succeeded on the throne by his son Mwanga, who had cultivated a certain friendship with some missionaries. However, the situation would not improve at all. The new monarch, now in power, had in his hands the perfect opportunity to unleash his erratic and violent personality.

The start of the climb

José Mukasa, who was still part of the court, would be beheaded for having reproached Mwanga for the murder of a group of Anglican missionaries. José was only 25 years old and one of the leaders of the Catholic community, which by then had about 200 members. What Mwanga was looking for was clear: the derision of the Christians. José, for his part, warned his executioners before he died: “A Christian who gives his life for God is not afraid of dying.” José Mukasa was executed on November 15, 1885.

From then on, Mwanga hardened his position and organized a nationwide manhunt. He was not willing to tolerate any questioning of his whims, especially the outright refusal of Christians to participate in sexual rituals – those that included pedophilia – that were to his liking. For having resisted the king’s immoral proposals, the twenty-two are also known as “the martyrs of purity.”

Meanwhile, the Christians, far from being frightened, continued with their activities. Carlos Lwanga, a lay catechist and favorite friend of the king, replaced José as head of the Christian community. His prayers and his ability to dialogue allowed Mwanga to desist from all persecution for 6 months. However, in May of the following year the violence broke out again. Many were captured and brought before the king. He asked them if they intended to continue professing their religion, “Until death!” Was the response of each of them. So, the king ordered to execute them in a place called Namugongo.

On June 3, 1886, twelve Catholic missionaries were burned alive on Mwanga’s orders. That same day a group of twenty Anglican missionaries would suffer the same fate. In the first instance, everyone was offered freedom if they renounced their faith, but, since no one wanted to do so, the king limited himself to having them executed. Finally, a second group made up of ten other Catholic missionaries appeared before the monarch. They were all hacked to death with machetes.

Carlos Lwanga, Andrés Kagwa, and 20 other young men were beatified on June 6, 1920 by Pope Benedict XV. They were later canonized by Saint Paul VI on October 18, 1964.

If you want to know more about “the Ugandan martyrs of purity”, you can consult the article in the Catholic Encyclopedia: https://ec.aciprensa.com/wiki/Mártires_ugandeses_de_la_pureza.

Fri Jun 3 , 2022
Queen Elizabeth tried, but her health did not allow her to participate in the second day of the main events for the Platinum Jubilee, her Jubilee. Thus, after being at the foot of the canyon in Trooping the Color and the greeting from Buckingham Palace, having lunch with his whole […] 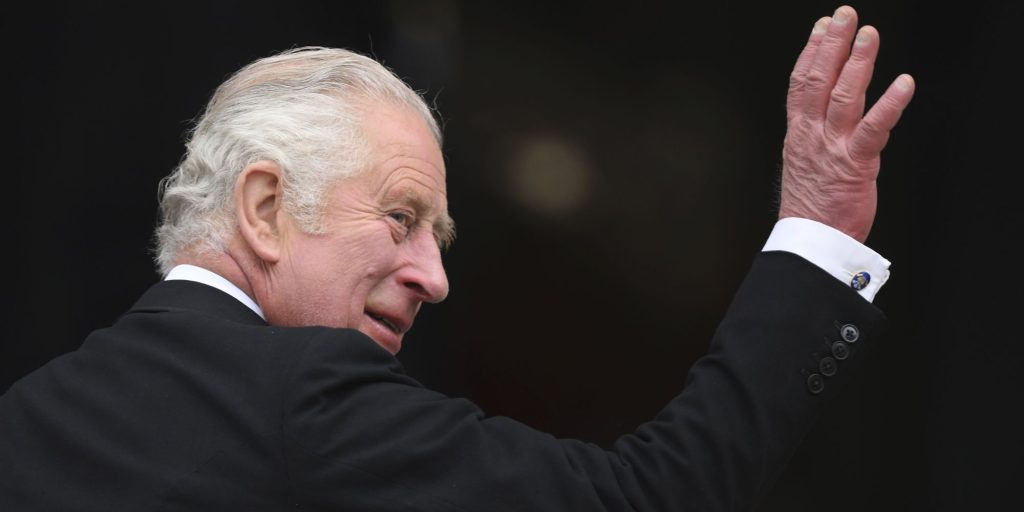