Since 1541, every April 22, the feast of the Virgin Mary, Mother of the Society of Jesus, is celebrated. It is a Marian invocation that was born in the circle of the first Jesuits, led by Saint Ignatius of Loyola, whose devotion has spread throughout the Church, driven by the presence and importance of the Society of Jesus for Catholicity.

On April 22, 1541, the first Jesuits made the solemn vows (poverty, chastity and obedience) before the image of the Virgin Mary located in the Roman basilica of San Pablo de Extramuros. That day the bond between the Mother of God and the Jesuit soul was sealed; bond that had marked the conversion of Ignatius himself and of the men who joined the project.

the twenty-second of april

Here is part of the account of what happened that day. Saint Ignatius of Loyola, founder of the Society of Jesus, and the members of the initial group (Salmerón, Laínez, Broet, Jay and Codure) were present:

“When we arrived at San Pablo, the six of us confessed to each other. It was decided that Íñigo would say mass in the church, and that the others would receive the Blessed Sacrament from his hands, making their vows in the following way: Ignacio saying mass and just before communion, holding a paper with the formula of the vows, He turned to his companions who were kneeling, and pronounced the words of the vows…”.

“After saying them, he took communion receiving the Body of Christ. When he finished consuming he placed the five consecrated hosts on the paten and turned to his companions. Each took the text of the vows in his hand and said the words aloud. When the first ended, he received the Body of Christ. Then, in turns, the others did the same. The mass took place at the altar of the Virgin, where the Blessed Sacrament was reserved…”.

“When the mass ended, after praying before the other altars, they returned to the main altar, where they all approached Íñigo. They gave him a hug and the kiss of peace, with much devotion, feeling and tears; Thus they finished the ceremony of the vows and began their vocation”.

A few months before

On September 27, 1540, a few months before that glorious April day, Pope Paul III had approved the Formula of the Society of Jesus and had granted the license to draw up its Constitutions.

If you want to know more about the Society of Jesus and its history, you can review the following article from the Catholic Encyclopedia: https://ec.aciprensa.com/wiki/Compañía_de_Jesús.

Fri Apr 22 , 2022
This Friday marks the 49th anniversary of the solemn religious profession of Jorge Mario Bergoglio, today Pope Francis, who entered the Society of Jesus on March 11, 1958 and professed the April 22, 1973. The first Latin American Pope in history was ordained a priest on December 13, 1969. He […] 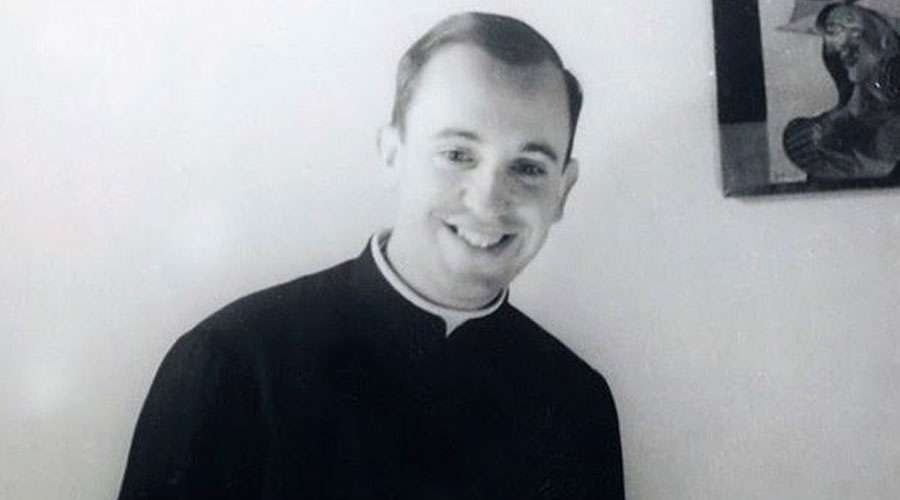