This April 3 the Catholic Church celebrates the Fifth Sunday of Lent. Today’s Gospel corresponds to the reading of John 8, 1-11.

Below you can read the Gospel and the homily of the Bishop of Santa María de los Ángeles (Chile), Msgr. Felipe Bacarreza Rodríguez:

1But Jesus went to the Mount of Olives.
2But early in the morning he appeared again in the Temple, and all the people flocked to him. He then sat down and began to teach them.
3The scribes and Pharisees bring him a woman caught in adultery, and put her in the midst
4and they say to him, “Teacher, this woman has been caught in flagrant adultery.
5Moses commanded us in the Law to stone these women. What do you say?”
6 They said this to tempt him, to have something to accuse him of. But Jesus, bending down, began to write with his finger on the ground.
7But as they persisted in questioning him, he stood up and said to them, “Let the one among you who is without sin cast the first stone at her.”
8And bending down again, he wrote on the ground.
9When they heard these words, they left one after another, beginning with the oldest; and Jesus was left alone with the woman, who was still in the middle.
10Getting up, Jesus said to her, “Woman, where are they? Has no one condemned you?
11She replied, “No one, Lord.” Jesus said to him, “Neither do I condemn you. Go, and from now on sin no more.”

You can review the other liturgical readings of the day HERE.

Faced with the criticism that he welcomes sinners, Jesus responds by exposing the purpose of his coming: “I have not come to call the righteous, but sinners to conversion” (Lk 5:32). The conversion of a sinner is possible only because the Son of God became man and revealed God’s love to us. Indeed, no sinner can experience pain for his sins and truly convert, if he is not moved by love. This Sunday’s Gospel presents us with a real event in which we observe in detail how the conversion of a sinner occurs.

Jesus was teaching in the temple, and at that moment “the scribes and Pharisees bring him a woman caught in adultery, put her in the middle and say to him: ‘Teacher, this woman has been caught in flagrant adultery. Moses commands us in the law to stone these women. What do you say?'”. What motivation do the scribes and Pharisees have for doing this? Does love move them towards women? Are you moved by zeal for the law? Do you seek her conversion? Are you interested in promoting chastity? None of this moves them. The evangelist clarifies: “They said this to tempt him and have something to accuse him of.” They are moved by the desire to ruin Jesus. And to achieve this end they put the woman’s life at stake: “Moses commands us to stone these women.”

To read the full homily you can enter HERE.

Today we remember Saint Mary of Egypt, the woman who went to the desert to reject sin

Sun Apr 3 , 2022
Every April 3 we remember Saint Mary of Egypt, a female figure of great importance for a time when it was generally men who retired from the world to lead a life of prayer and spiritual effort. Maria reached the heights of sainthood after having lived subject, by her own […] 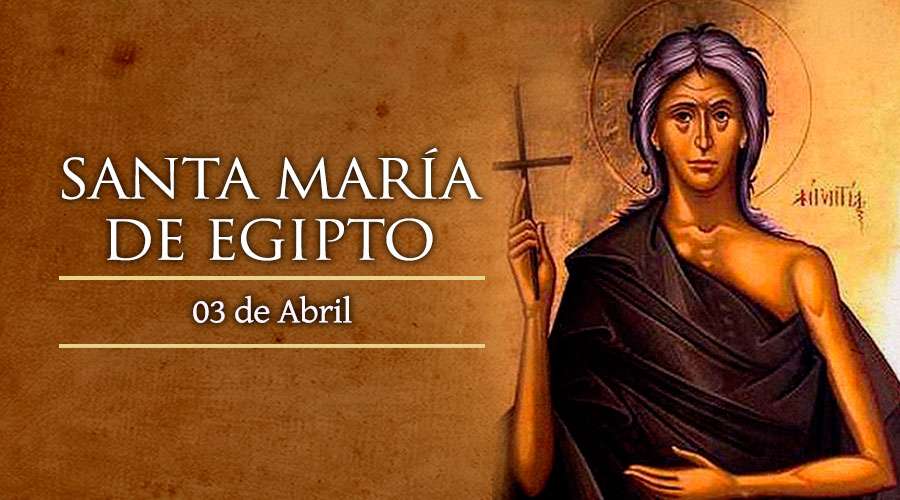