Every May 9, the Church celebrates Saint Louise de Marillac, an intelligent and determined woman who led the reform of social services care in the France of her time. Luisa was married but became a widow, later finding in the Lord the whole reason for her existence. She was co-founder, together with Saint Vincent de Paul, of the Company of the Daughters of Charity. Santa Luisa is a beautiful example of unconditional dedication to others and how to manage an impetuous spirit. She knew how to put the strength that she carried within her at the service of the mission that God had entrusted to her, despite her ailment that accompanied her all her life.

Louise de Marillac was born in Paris (France) in 1591. She was the natural daughter of Louis de Marillac, Lord of Ferrieres-in-Brie and Villiers Adam, and an unknown woman. Until she was 13 years old, she received the education of a girl belonging to the nobility, attending the Royal Monastery of Saint Louis, in Poissy. Among the nuns who lived in that monastery was an aunt of hers, who taught her to read, write and paint, in addition to providing the basis for a rich humanistic education.

Upon the death of her parents and her closest aunt, Luisa was left in the care of her uncle Miguel. Due to the precarious economic situation in which her family was left, little Luisa experienced firsthand the material deficiencies suffered by many French people. She had to learn, for example, to perform simple jobs and take charge of household chores. Her new social status of “poor young lady” produced in her a kind of inferiority complex, something that she would drag in her soul for many years.

Loving the will of God

In his youth he began to frequent the convent of the Capuchin sisters of Faubourg. It is at this stage that she perceives the first signs of a possible religious vocation. However, her spiritual director advised against her admission to the convent because her health was very fragile. In the long run, she Luisa became convinced that her path was marriage and holiness in her family.

In 1613, Luisa de Marillac married Antonio Le Gras, with whom she had a son. Unfortunately, Antonio fell seriously ill and would die a few years later.

In 1616, Luisa met Saint Vincent de Paul, who would become her confessor. San Vicente at that time was organizing his “Brotherhoods of charity” -help groups-, with the aim of improving the situation of misery in the countryside. For this he needed someone who could help him and at the same time command respect, someone who had empathy and the ability to win people’s hearts.

As time passed and Saint Vincent got to know Luisa better, he realized that she was the person he had been looking for. When Luisa became a widower, San Vicente suggested that she commit herself to the work. Meanwhile, Luisa began to consider that perhaps God wanted her on a different path.

By 1629, the saint was sent to visit the Brotherhood of Charity of Montmirail. “Madame Le Gras”, as Luisa was known, she made this trip with enthusiasm and commitment, not caring much about her precarious health.

When San Vicente asked her to set up a training center for volunteers, Luisa put at their disposal the house she had rented after the death of her husband. There she welcomed four candidates who were instructed by her for the service of the poor and sick. In 1634, already fully committed to the project, she drew up the rule of life that the members of the community should follow. When Saint Vincent obtained pontifical permission to form a congregation, the rule drawn up by Luisa became the statute of the “Sisters of Charity”.

In Angers, Luisa took charge of a hospital that was abandoned, and in Paris she cared for those affected by an epidemic. She also helped the victims of the Thirty Years’ War and those affected by the daily violence of Paris. Despite her poor health, she was always ready to serve, radiating enthusiasm and joy.

The Sisters of Charity monastery had become a home for the poor and needy who wandered the streets of Paris. Luisa and Vicente sent the religious men and women outside the cloister to encourage and help the most needy people.

In his last years of life, his illness prevented him from moving. Prostrate, before leaving for the presence of God, she left this message to her spiritual sisters: “Be diligent in the service of the poor… love the poor, honor them, my daughters, and you will honor Christ himself.” Saint Louise de Marillac died on March 15, 1660; Saint Vincent followed her about six months later.

Luisa de Marillac was canonized in 1934 by Pope Pius XI. In 1960, Pope Saint John XXIII named her the patron saint of social workers.

The day we celebrate Saint Louise

The feast of Saint Louise used to be celebrated on March 15, however, since 2016, it is celebrated on May 9, the anniversary of her beatification. The Congregation for Divine Worship and the Discipline of the Sacraments asked the Congregation of the Mission -name acquired by the foundation of San Vicente de Paul- to change the date of Santa Luisa because “it always falls in Lent and it is preferable not to celebrate solemnities during that liturgical season. In that year, Fr. Gregorio Gay, Superior General of the congregation, announced that on December 14, 2015, the request for the change of date had been presented. Thus, on January 4, 2016, the decree accepting the petition was published.

If you want to know more about this saint, we recommend this article from the Catholic Encyclopedia: https://ec.aciprensa.com/wiki/Santa_Luisa_de_Marillac_Le_Gras.

Mon May 9 , 2022
Kerem Bürsin has become one of the actors of the moment, achieving incredible popularity not only in his country, Turkey, but also in many other places, such as Spain. Now he has shared a photo with which he has managed to melt all his followers, since on the occasion of […] 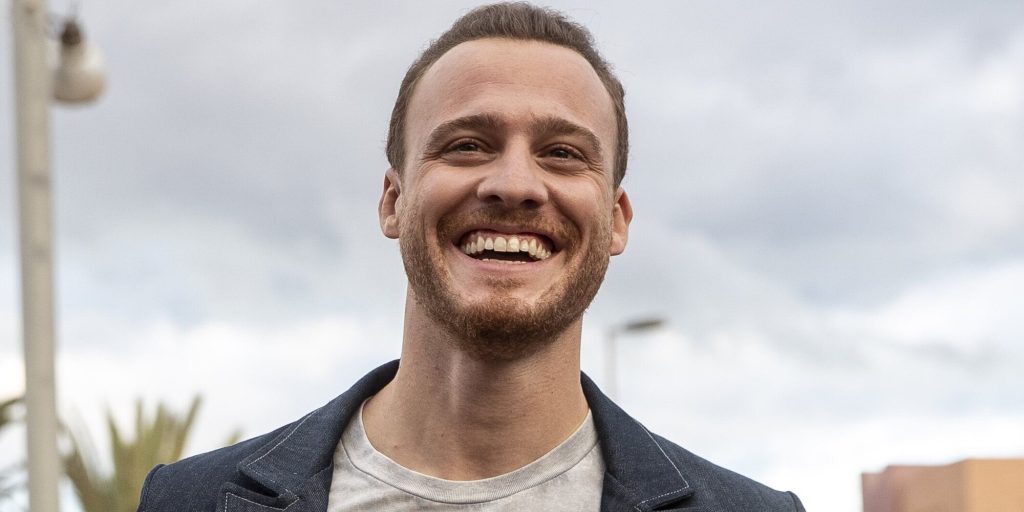