Every February 25, the feast of Saints Luis Versiglia and Calixto Caravario, Salesian martyrs murdered in China in the first half of the 20th century, is celebrated. XX. They died in defense of the honor and dignity of three young Christian women who had been threatened with being outraged and enslaved.

“The missionary who prays a lot achieves a lot”, Bishop Saint Aloysius Versiglia used to say. While the priest San Calixto Caravario, days before he died, wrote these lines in a letter to his mother: “Life will pass and pain will end: in Paradise we will be happy. Nothing disturbs you, my good mother; if you carry your cross in the company of Jesus, it will be much lighter and more pleasant…”.

Saint Luigi Versiglia was born in Italy in 1873. At the age of 12 he was fascinated by the figure of Don Bosco to the point that, shortly after the death of the holy founder of the Salesians, he decided to become a member of the Order and be a missionary. In 1895, Luis was ordained a priest and years later, appointed director of novices in Rome by Blessed Miguel Rúa. He later led the group of Salesians that was sent to China in 1906. They settled in Macao and opened a missionary front in Hangchow.

The missionary work of San Luis Versiglia focused on the construction of orphanages and oratories, until in 1921 he was consecrated bishop of the Apostolic Vicariate of Shiu Chow. Under his command, missionary houses, institutes, asylums, orphanages multiplied and the Salesian seminary for natives of China was opened.

San Calixto Caravario, for his part, was born in Turin, Italy, in 1903. He entered the Society of San Francisco de Sales at a very young age and, in 1921, he met Luis Versiglia. To this he said one day: “I will catch up with him in China.” Years later, Calixto would keep his promise. After being ordained a priest by Versiglia himself, he was sent on a mission to Lin-Chow.

By 1930, the political and social situation in China had become very tense; suspicions against foreigners, especially against Christians and missionaries, had intensified. Churches began to be looted and burned as a clear sign of growing hostility.

In February of that year, Bishop Versiglia undertook a pastoral visit to Lin-Chow. Father Caravario would go out to meet him to accompany him. On the 25th, the two celebrated Mass in Ling-Kong-How and then began a boat trip to another town. With them were two teachers and three young women from the mission (Maria, 21, Paula, 16, and Clara, 22). During the trip they were joined by an elderly catechist and a boy. All were nationals converted to Catholicism.

Suddenly, a group of pirates approached their ship and gave the order to stop. Those men had rifles and pistols, and they requested that the missionaries pay 500 dollars to let them continue the course. The Bishop asked Caravario: “Tell them that we are missionaries and, therefore, we do not carry so much money with us.”

Then, the criminals searched the boat and discovered the young women, who remained hidden praying. With shouts they threatened that they would take them away. Attacks of this type were very frequent and pirates used to kidnap young women to outrage and enslave them.

everyone is afraid of death

The saints tried to stop them and in return received a violent beating. The bloodied priests were led along with the young women to the pirate ship, while they ordered the rest of their companions to return to Lin-Kong-How. Once there, the survivors informed the authorities.

María testified about the priest: “I saw that Don Caravario, with his head bowed, spoke in a low voice with the bishop.” The Salesians were confessing each other. “The bishop and Don Caravario looked at us, pointed their eyes at the sky and prayed. Their appearance was friendly and smiling, and they prayed out loud.”

As the girls were being carried away, five shots were heard. Later they heard the pirates comment among themselves: “Everyone is afraid of death. On the contrary, these two have died happy.” It was February 25, 1930.

Days later, members of the Chinese army arrived at the caves where the bandits were taking refuge, those who had already fled, abandoning the young women. They were all rescued by the military. The bodies of the martyrs would later be found and transferred for Christian burial. The girls had the opportunity to pray on their knees next to the mortal remains of the two Salesians, who had given their lives to defend them.

Saint John Bosco always had the desire to be a missionary. In one of his dreams he saw a chalice full of blood that he boiled and spilled. Painfully, he thought that dream was a kind of omen: he knew -in his heart- that among the Salesians there would also be martyrs. Because of this dream, Saint Luigi Versiglia and Saint Callistus Caravario, the first Salesian martyrs, are generally represented with a chalice in their hands, from which blood drips.

Pope Saint Paul VI declared the two Salesians martyrs in 1976. They were later beatified in 1983 and canonized in 2000 by Saint John Paul II.

If you want to know more about Saint John Bosco, read this article from the Catholic Encyclopedia.

Charlie Cox anticipates his future as Daredevil in the MCU

Fri Feb 25 , 2022
The actor, after reappearing in Spider-Man: No Way Home, anticipated that there are more plans for Daredevil in the MCU. Brief but effective, the return of Charlie Cox as Daredevil (and his debut in the Cinematic Universe Marvel) He was on the podium of the moments with the greatest hype […] 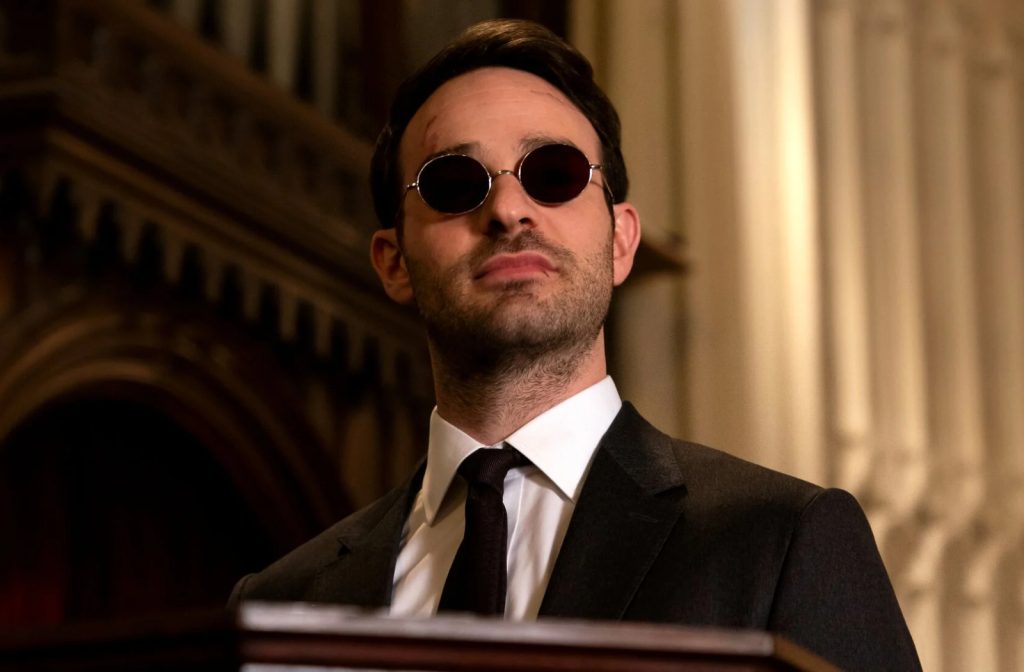