Every June 21, the Catholic Church celebrates San Luis Gonzaga, patron saint of Christian youth and protector of young students. A man with a huge heart who suffered many misunderstandings and sorrows in life, but who never lost his cheerful spirit or his fighting spirit.

He left a life of luxury to follow Christ

San Luis Gonzaga was born in 1568 in Castiglione delle Stiviere, Mantua (Italy), the eldest son of the couple heir to the principality of Castiglione. His mother, worried about matters of faith, consecrated him to the Virgin and had him baptized. While the father, a career military man, was only interested in the success and future glory of his newborn son, his heir.

Luis frequented barracks since he was a child, and although he learned the importance of courage and honor, he also acquired gestures considered vulgar and rude, unbecoming of the military caste.

With the aim of rectifying those defects, Luis’s parents surrounded him with magnificent tutors and exemplary personalities. This is how at the age of thirteen he meets Bishop San Carlos Borromeo, who is impressed with his intelligence and good heart; Borromeo will be the one who would later give him his First Communion.

Much of the environment surrounding Luis – Lombard high society – was also characterized by reprehensible things: fraud, vice, crime and lust. Luis, who wanted to live as a good Christian in the midst of the court, underwent constant penance and practices of piety.

The young man was convinced that Christ did not have to be a cause for neglecting his family responsibilities. If Luis deeply desired something, it was to honor his parents, as indicated in the fourth commandment of the Law of God.

When the time came, for matters concerning his father, he had to travel to Spain. While visiting the Jesuit church in Madrid, he heard a voice that spoke to his heart: “Luis, enter the Society of Jesus.”

The young man wanted his parents to be the first to know that he wanted to be religious. His mother took the news with joy, but his father was furious and refused to accept such a project. However, Luis decided to obey and honor his father’s will, so he decided to stay at court.

Be one of those who accompany Jesus

Luis was not persuaded by travel or important positions, he wanted to dedicate the rest of his life to the service of Christ. Finally his father had to give in. In a letter sent to the general of the Jesuits, the prince wrote: “I send you what I love most in the world, a son in whom the whole family had their hopes.”

Thus, Luis Gonzaga entered the novitiate of the Society of Jesus. He became a faithful and careful novice, observant of the rules and detached from all vanity. Having renounced being himself a prince one day – he was the eldest of the brothers – he put himself to the test by exercising himself in the humblest trades. Hard blow he received when he found out that his father had died. However, Luis did not look back, and concentrated on comforting his mother and advising his brother.

At that time, the population of Rome was affected by an epidemic and the Jesuits opened a hospital in which they themselves were in charge of caring for the sick. Luis was stationed there as a nurse. He began, at the same time, to ask for alms, groceries and shelter for the patients of the hospital. Unfortunately, serving the weakest, whom he loved dearly, he contracted the disease.

The young saint was able to recover from that disease, but was affected by an intermittent fever that in the following months reduced him to a state of total weakness. Accompanied by his confessor, Saint Robert Bellarmine, he prepared himself for death.

With his eyes fixed on the crucifix and repeating the name of Jesus, Luis left for the Father’s House at midnight on Corpus Christi, June 21, 1591, when he was only 23 years old.

With his generous dedication he loved God above all, and for having done so, he achieved holiness. And God is loved by loving those who He gave us as parents, just as there is no higher way to honor those who gave us life than by loving God first. No crown, treasure, military victory or good of this world is capable of equaling the glory of seeing the gates of heaven open.

Saint Aloysius Gonzaga was canonized by Pope Benedict XIII in 1726.

If you want to know a little more about San Luis Gonzaga, you can also read this article from the Catholic Encyclopedia: https://ec.aciprensa.com/wiki/San_Luis_Gonzaga.

Tue Jun 21 , 2022
There are fewer and fewer contestants left in ‘Masterchef 10’ and therefore, nerves are on edge to try to get the statuette that will accredit them as ‘Masterchef Spain’ of one of the most special editions because it is the tenth. Without a doubt, everyone wants to go as far […] 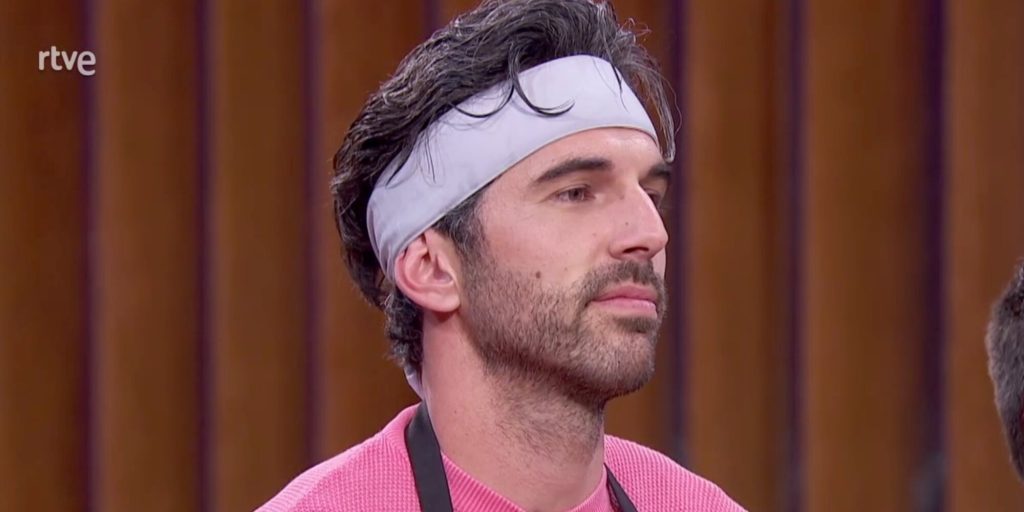