Today, February 27, the feast of San Gabriel de la Dolorosa is celebrated, also known as Gabriel de la Virgen de los Dolores, an Italian Passionist religious who died at the age of 23 in 1862. This saint, together with San Luis Gonzaga, holds the title of “Patron of Youth”.

Gabriel was an exemplary young man who knew how to renounce the vanities of this world and put all his trust in the Blessed Virgin Mary. This is evidenced by his last words, prior to giving his soul to God: “Jesus, Joseph and Mary, may my soul expire in peace with you.”

Saint Gabriel’s given name was “Francisco”, in Italian “Francesco Possenti”. It was his parents who chose that name in honor of Saint Francis of Assisi, since his son had been born in the same place as the famous Italian saint. The family was in that small town due to the activities of Francesco’s father, a wealthy merchant who was serving as an ambassador for the Papal States.

Little “Francesco” was born on March 1, 1838. He was baptized a few days later in the same font as Saint Francis and Saint Clare. Francisco was the eleventh of thirteen brothers. Unfortunately, he lost his mother at the age of four, so his upbringing was left to his father and his older brothers.

Francisco was characterized by his good nature and his affectionate heart. As he grew, his sensitivity and awareness of the suffering of so many people also grew. If anything squeezed his heart, it was seeing people in poverty or abandoned.

However, like many young people, Francisco managed to cool the flame of compassion that he felt inside during his adolescence. He became a little frivolous and vain young man, one of those who love to dress in fashion and spend money on fine outfits or superfluous things. On the other hand, he liked the theater a lot -he attended it frequently-, romantic novels and dancing. Dancing was one of his passions. Francisco, in many ways, was like any other well-to-do young man.

Despite these things, the young man faithfully complied with going to Mass and maintained a great devotion to the Virgin Mary under the patronage of Our Lady of Sorrows. At home he affectionately kept an image of Michelangelo’s “Pieta” which he contemplated from time to time and which he adorned with flowers.

Francis was educated first by the Brothers of the Christian Schools (De La Salle Brothers) and then by the Jesuits, with whom he attended classical high school. He was a good student and stood out for his leadership and personality.

At the age of 17, becoming a priest crossed his mind, but he did not seriously consider it until he became seriously ill. Believing that he would die, he promised the Lord to become religious if he was saved. However, once recovered, he forgot his promise to her. At the time he fell ill again and, on that occasion, he entrusted himself to the then Blessed Jesuit Andrés Bobola. As he regains his health, he considers becoming religious, but again gets carried away by the distractions of worldly life and forgets his inner concerns.

One day, practicing hunting, Francisco trips and accidentally fires a shot that grazes his forehead. The event makes him reflect and he decides to turn his life around; he is convinced that what happened was a warning from heaven and one more opportunity -perhaps the last- to live life intensely and fully, not his way, but God’s way. Before long, he picks up his discernment and believes that God is indeed calling him to the priesthood. Then he communicates his intentions to his father: he wants to join a religious order. The father rejects such a possibility and responds with a resounding negative.

On August 22, 1856, during the procession of the “Santa Icone” (Marian image venerated in Spoleto, where the Possenti family was living at the time), Francis fixed his eyes on the Virgin’s gaze, and listened in her heart that the Mother of God tells him: “You are not called to continue in the world. What are you doing, then, in it? Enter the religious life”.

Francisco takes that very seriously. He decides to distance himself from his girlfriend, Maria, and enters the Passionist novitiate. Who could have predicted at that moment that years later that young woman would be present at the beatification ceremony of her former boyfriend! Incorporated into the Order, Francisco receives the habit and takes the name “Gabriel de la Virgen Dolorosa”. The new life that God gave him was what led him to once write: “The happiness and joy that I enjoy within these walls are indescribable.”

In 1857, Gabriel made his religious profession. His life in the convent passed naturally, with the difficulties and joys typical of every man or woman who consecrates himself to God. For example, Gabriel did not find it easy to control his hot temper or his old attachments; so he set out to take some simple steps to help himself. San Gabriel had the idea of ​​reserving a bit of the garden to plant and take care of flowers specifically for the altar. That simple act of constant love healed many wounds and strengthened his loving heart.

A tuberculosis patient in the arms of Mary

Gabriel was sent to the Passionist convent on Isola del Gran Sasso. There, at the age of 23, he began to suffer from continuous discomfort: he felt tired, without strength and had his first hemoptysis (expectation of blood from the respiratory tract), due to the tuberculosis he had contracted. His Passionist brothers gave him due care, however, the saint worsened, although he did not lose his serenity or temper.

On February 27, 1862, he requested his last confession. Received her absolution, she with her eyes directed to the sky she said: “Soon, my Mom. Mary, Mother of grace, Mother of mercy, defend me from the enemy and welcome me at the hour of death. That day Gabriel left this world to meet God the Father. He was only 23 years old.

To know more about this saint enter HERE

Sun Feb 27 , 2022
Family plans are usually the most fun and Prince George has been able to enjoy rugby for the first time with his parents, Prince William and Kate Middleton. This sport is very special for the Duchess of Cambridge and that is why she has decided to go with her family […] 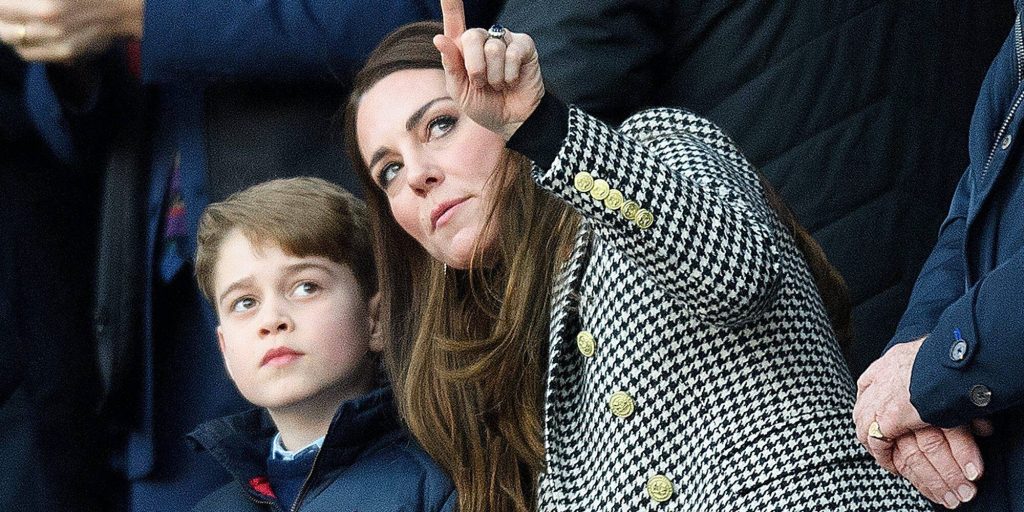