Every April 6, the Church remembers Saint Peter of Verona, Dominican priest and friar, theologian, preacher and member of the Tribunal of the Holy Office. San Pedro Mártir, as he is also known, was the second member of the Order of Preachers to be canonized (the first was Santo Domingo de Guzman, its founder), just eleven months after his death, so his process of canonization is considered the shortest in history.

Peter of Verona, moreover, is counted among the martyrs. Being a courageous preacher, he fulfilled his mission to the point of laying down his life for Christ. His preaching was dedicated to combating the errors of his time, especially the heresy of the Cathars or Albigensians, who, in the thirteenth century, had spread their “Christian Manichaeism” with relative success throughout Western Europe, including central and northern Italy. , where the saint was originally from.

Saint Peter Martyr was born in Verona, Lombardy region (Italy), in 1205. Although his parents were linked to Catharism, Peter distanced himself from this doctrine thanks to his stay at the University of Bologna. After studying at that academic campus, he received the Dominican habit from the hands of the founder of the Order, Santo Domingo de Guzmán.

According to Blessed Santiago de la Vorágine, Saint Peter was a great connoisseur of the Holy Scriptures and an example of purity, austerity and firmness in defense of the faith. Precisely this hagiographer emphasizes that Pedro de Verona, even having been part of a family “darkened by error”, knew how to “keep himself immune” to bad doctrine. Proof of this was his early admission to the Order of Preachers, already known for its orthodoxy and high standards of intellectual training. In Bologna he had a close relationship with several future saints, among whom Santo Domingo undoubtedly stood out.

Tireless preacher and guardian of the doctrine

After the stage of ecclesiastical formation, Pedro was ordained a priest. His evangelizing impulse led him to teach the doctrine with rectitude and care. He was commissioned to combat heretics in Vercelli, Rome, Florence, and other cities in northern Italy. He instituted the so-called “Associations of the Faith” and the “Brotherhood for the Praise of the Virgin Mary”, with notable success in places like Milan and Perugia.

In 1248 he was appointed prior of the Dominican monastery of Asti and a year after that of Piacenza. In 1251, Pope Innocent IV appointed him inquisitor (member of the Court of the Holy Office) of Lombardy and prior of Como. Unfortunately, as his fame spread, his enemies made plans to get rid of him.

witness to the truth

The plot against him was executed on April 6, 1252, when the saint was returning from Milan to the monastery of Como, located near the town of Barlassina. Saint Peter of Verona was attacked by a man named Carino de Balsamo, who struck him twice on the head with an ax. Pedro, while he was dying, and with the last strength he had left, wrote on the ground with his own blood: “I believe in God.”

On March 9, 1253, just a year after he was assassinated, he was canonized by Pope Innocent IV. His body was transferred to Milan and his remains rest today in the church of San Eustorgio in that city.

If you want to know more about this saint you can read this article from the Catholic Encyclopedia: https://ec.aciprensa.com/wiki/San_Pedro_de_Verona

Tamara Gorro presents 'When the heart cries': 'The past didn't hurt me until it brought me to this point'

Wed Apr 6 , 2022
HomeCelebritiesTamara Gorro presents ‘When the heart cries’: “The past didn’t hurt me until it brought me to this point” BEKIA INTERVIEW The influencer has presented her new book and has done so surrounded by a multitude of familiar faces and, above all, her loved ones. Rachel Alonso Sanchez 06 Apr […] 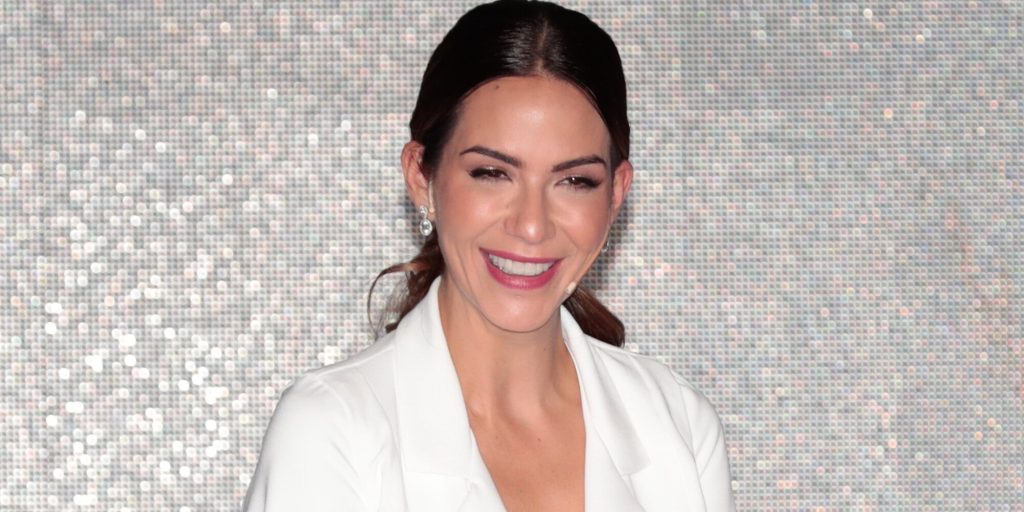