Every June 16, the Church celebrates Saint John Francis Régis, a French priest and missionary of the Society of Jesus (Jesuits).

The French Jesuits have him as their patron saint, while the entire Church, by determination of Pope Pius XII, venerates him as “patron saint of rural missionaries”.

Juan Francisco was a direct disciple of San Francisco Javier -who helped him find his missionary vocation- and among his devotees are legendary saints such as San Juan María Vianney or San Marcelino Champagnat. The first of these two, the Cure of Ars, in the last stage of his life came to say: “Everything I have done I owe to him”.

Juan Francisco was born on January 31, 1597 in a small village in the Languedoc region of France. In 1611 he entered the prestigious Jesuit college in the city of Béziers, where he would integrate the Marian Congregation (today, Communities of Christian Life, CLC).

With the other members of the Congregation he began to work in direct service to the poorest. This experience would lead him to question the meaning of his life and particularly his future.

Juan Francisco wanted to serve the poor, in whom is the suffering Christ, and at the same time he was aware that God could be calling him to a life commitment. So, he began a stage of vocational reflection and discernment with the help of some older Jesuits. Juan Francisco would end up discovering that the Lord was calling him to be a priest.

On December 8, 1616, at the age of 19, he entered the Toulouse novitiate of the Society of Jesus. There he showed signs that he took things very seriously. Juan Francisco aroused the admiration of his companions, witnesses of his fervor and enthusiasm.

One of them once commented: “Juan Francisco humiliates himself to the extreme, but shows admirable appreciation for others.”

In 1630, at the age of 33, he was ordained a priest and the following year he was sent as a missionary to his hometown. Juan Francisco felt very happy about that assignment, something that he wanted from his heart and where he could put all his abilities at the service of others, including the physical strength with which God had endowed him.

He felt himself a servant of the people, whom he loved as Christ loved his people. It was also the beginning of a long missionary itinerary in the most diverse rural areas of France. By 1633 he had already made the 4 vows of the Jesuits.

Every day, the saint gave himself with all generosity to his work. His companions used to say of him: “Juan Francisco does the job of 5 missionaries”, and they were right. The Jesuit had to do a mission at a time when the Huguenots – French Protestants – had increased their presence in the French towns.

He was first in Montpellier, then in the diocese of Viviers and then in Le Cheylard. The number of towns he visited is countless.

At 43 years old, 24 of them as a religious, 10 as a priest and 9 as a missionary, he had consolidated the call that God made him from a young age. His simple and exemplary life had already earned him a reputation for holiness among his acquaintances. People affectionately called him “the saint”, something he never liked, although he meekly accepted.

Servant of humanity, defender of dignity

Juan Francisco SJ built several shelters for women rescued from prostitution. He formed a group of wealthy women to support this work, and organized workshops -especially sewing- in which the rescued women could work with dignity and get what they needed to live. This earned him to be beaten and threatened with death by the pimps on more than one occasion.

The Jesuit also played a very important role during the plague of Toulouse (1631), during which he worked as a nurse. On that occasion he created the Confraternity of the Blessed Sacrament; and together with its members it constituted a chain of solidarity among the faithful, whose help served to raise money and food for the hungry.

The saint passed away in 1640 and immediately a popular movement appeared that acclaimed him as a saint. He was beatified on May 18, 1716 and canonized on June 16, 1737.

If you want to know more about San Juan Francisco Regis, we recommend that you read this article from the Catholic Encyclopedia: https://ec.aciprensa.com/wiki/San_Juan_Francisco_Regis

Rocío Carrasco: "Amador Mohedano has not done the career of Rocío Jurado, he should be grateful"

Thu Jun 16 , 2022
Today (Thursday, June 16) the first two episodes of ‘In the name of Rocío’ arrive at Mitele Plus, the new docuseries by Rocío Carrasco that promises to turn the most media-oriented Ortega-Mohedanos upside down and -again- in the center of controversy. And after putting Rocío Jurado’s will back on the […] 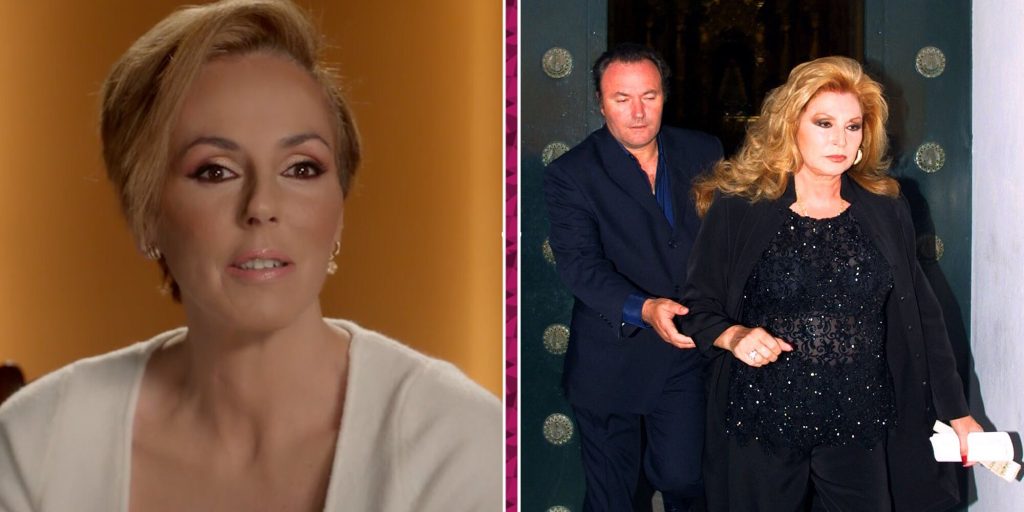