Every June 28, the Catholic Church celebrates Saint Irenaeus, Father of the Church, bishop of the French city of Lyon and one of the most important figures of the Church in the first centuries. Irenaeus was a prolific author, and his works helped lay the foundation for Christian theology in an effort to confront the errors stemming from second-century Gnosticism.

His main writing is called “Against heresies”, a text that compiles in 5 volumes the refutations of the Gnostic doctrines that appeared at the dawn of the Christian era.

Gnosis and Gnosticism of the 2nd century

Gnosticism is a very old heresy that states, in general terms, that the salvation of the soul is obtained through certain “knowledge”, coming from the mixture of various doctrines, traditions and religious beliefs -in which truths of Christianity are included. – about the mysteries of the universe and human nature. On the basis of this amalgamation, Gnosticism encourages reaching perfection, but on the basis of positions that are, deep down, clearly incompatible or contradictory. The Gnostics fall into the error of “articulating” a path of perfection without the true God, without true conversion, and furthermore, relegating those they consider “uninitiated”; much like the New Age movements operate today.

Pope Benedict XVI, in his catechesis on Saint Irenaeus on March 28, 2007, recalled the particularities of Gnosticism that this saint knew: “The Church of the second century was threatened by gnosis, a doctrine that affirmed that the faith taught by the Church was nothing more than a symbolism for the simple, who cannot understand difficult things; on the contrary, the initiates, the intellectuals —they were called “gnostics”— would understand what was hidden behind those symbols and thus form an elite, intellectualist Christianity”. Irenaeus denounced this “dualistic Christianity”, contaminated by the division – initiates versus laymen – and dangerous for the unity of the Church around the Truth that has been entrusted to it.

Heir to the Apostles

Saint Irenaeus was born in Asia Minor in the first half of the second century. The exact date of his birth is unknown, but it is agreed that it was around the year 125. He received a careful education and reached a great knowledge of the Holy Scriptures and the knowledge of his time, focused on the philosophical search . St. Polycarp, Bishop of Smyrna, was his teacher and trainer.

We know his life and work thanks to the biographical notes transmitted by Eusebius of Caesarea in the fifth book of his “Ecclesiastical History”, whose source is Irenaeus himself.

It is not entirely certain how or why he left Asia Minor and arrived in Gaul (France). There is certainty, yes, that he was there as a priest. During the persecution of Marcus Aurelius, he was sent with a letter for the Pope to Rome, for which he was probably saved from being executed like many others. After the martyrdom of Saint Pothinus, bishop of Lyon, Irenaeus succeeds him as bishop of the city.

As a pastor his work was remarkable. He set out to do two things: “Defend the true doctrine from the assaults of heretics and clearly expose the truths of the faith” (Pope Emeritus Benedict XVI, audience 03/28/2007).

During the religious peace that followed the persecution of Marcus Aurelius, the bishop divided efforts between the episcopal see and his work as a Christian intellectual. Two great works of his have come into our hands: “Against heresies” and “The exposition of the apostolic preaching”. Especially, the latter can be considered a kind of first catechism of Christian doctrine. In the same sense, the contribution of the saint has been crucial for the establishment and delimitation of what is at the center of the Church’s doctrine, the so-called “rule of faith” -what is expressed in the symbol of faith or Creed- and its transmission.

Church tradition counts him among the martyrs.

If you want to know more about Saint Ireneo of Lyon, we recommend that you click on the following link from the Catholic Encyclopedia: https://ec.aciprensa.com/wiki/San_Ireneo.

Tue Jun 28 , 2022
Now, yes. Less and less is missing for the tenth edition of ‘Masterchef’ to come to an end and that is why even those who we thought would reach the final are leaving. On this occasion, the night was very exciting because in the first test the contestants received a […] 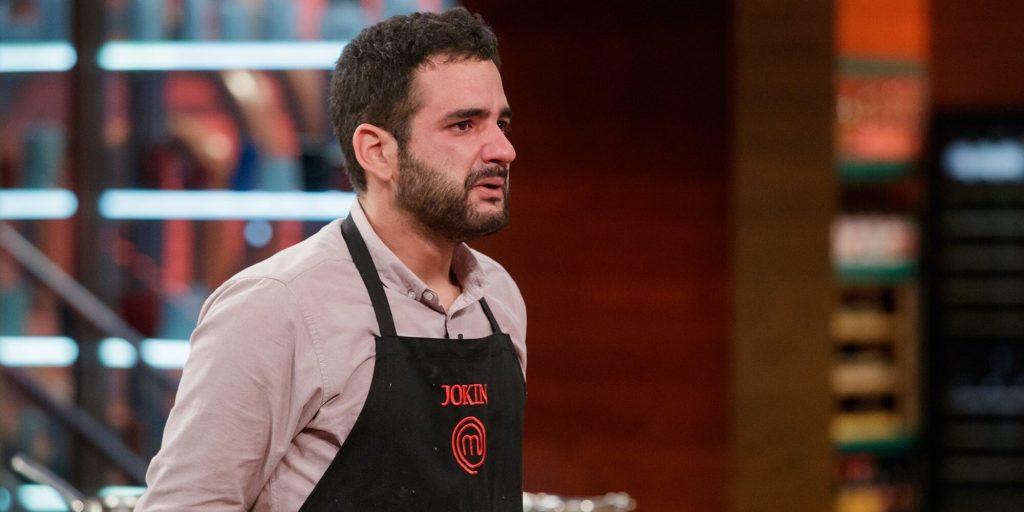