The day after the Solemnity of the Sacred Heart of Jesus, the Church celebrates the Feast of the Immaculate Heart of Mary.

The contiguity between both celebrations magnificently expresses the unity that exists between the heart of the Mother and that of the Son; while underlining the fact that in Mary everything is referred to Jesus. It is for this reason, precisely, that the Church has Mary as a sure way to approach the Lord, and to know and love her Sacred Heart.

The Feast of the Immaculate Heart of Mary was established by Pope Pius XII in 1944, with the intention that the Church better appreciate the depth of Marian love, first turned to Jesus and, through him, to the rest of us, his children. Pius XII wanted that through the intercession of Mary it would be possible to obtain “peace among nations, freedom for the Church, the conversion of sinners, love of purity and the practice of virtues”.

Later, Pope Saint John Paul II declared the obligatory observance of this festivity in honor of the Mother of God; that is to say, this Festival is mandatory and should not be taken as an optional matter. It must be carried out throughout the Catholic world.

Devotion to the Immaculate Heart

In one of the apparitions of the Virgin of Fatima to the three little shepherds in 1917, Our Lady told Lucia: “Jesus wants to use you to make me known and loved. He wants to establish in the world the devotion to my Immaculate Heart”. Then she added:

“To whom I embrace, I promise salvation and their souls will be loved by God as flowers placed by me to adorn his throne”.

On a later occasion, the Virgin would say to the three: “Sacrifice yourselves for sinners and say many times, and especially when you make a sacrifice: O Jesus, it is for your love, for the conversion of sinners and in reparation for the sinners.” sins committed against the Immaculate Heart of Mary!”

A great promise has been made

Years later, when Lucía was a postulant at the Carmelite Convent of Las Doroteas in Pontevedra (Spain), the Virgin appeared to her again. On that occasion, Mary appeared with the baby Jesus in her arms and showed her heart surrounded by thorns to Lucia; She then told her: “Look, my daughter, my Heart surrounded by thorns that ungrateful men nail me without ceasing with blasphemies and ingratitude.”

“You, at least, try to console me and tell all those who, for five months, on the first Saturday, go to confession, receive Holy Communion, pray the Rosary and keep me company for 15 minutes meditating on the mysteries of the rosary with In order to make amends, I promise to assist you at the hour of death with the graces necessary for your salvation”, the Blessed Virgin concluded.

Sat Jun 25 , 2022
It is one of the most common inns of each summer and this time it could not be missing. King Willem-Alexander of the Netherlands and his wife, Queen Máxima of the Netherlands, have starred in a beautiful and familiar summer pose with their daughters, with whom they have shown great […] 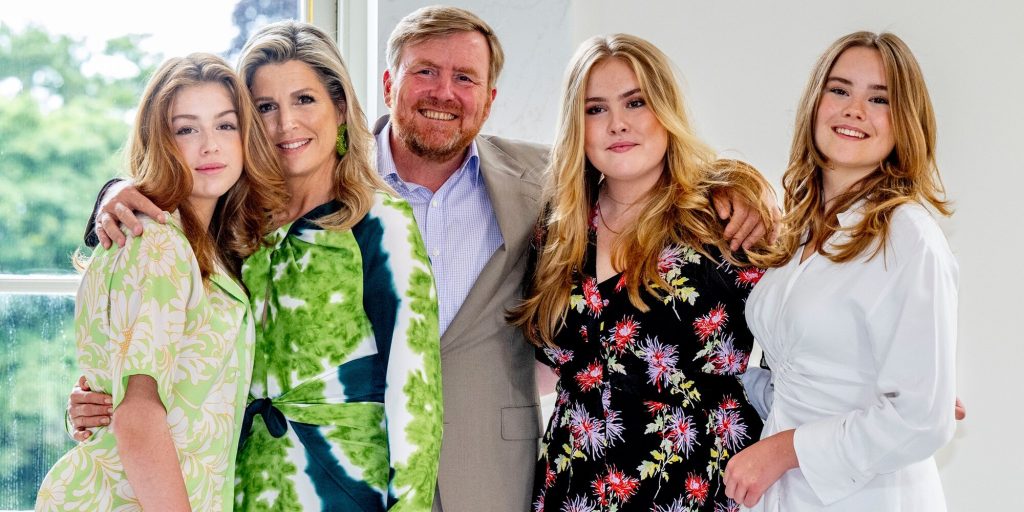