Today, May 3, the Church remembers the holy apostles Philip and James, who were part of the group of disciples closest to Jesus, the Apostles. Both crowned their lives, dedicated to the announcement of the Good News, through martyrdom. That was the sign of his absolute fidelity to the Master, Jesus of Nazareth.

Philip was born in Bethsaida and before following Jesus he was a disciple of John the Baptist. He was one of the first called by the Lord.

Philip appears in several passages of Scripture: it was he who asked the Lord: “How are we going to feed so many people?” (Jn 6, 5-7) worried about those who followed the teacher and had nothing to eat. He was addressed by a group of pagans who wanted to know the Lord (Jn 12, 20-22). In addition, Philip was the one who asked Christ to “show him the Father” (Jn 14, 8-11) while they shared at the last supper.

After the Ascension, along with the rest of the apostles and the Virgin Mary, Philip received the Holy Spirit at Pentecost. He subsequently left for the region of Phrygia (located today between Turkey, Hungary, Ukraine and Eastern Russia) to announce the Good News to the people of those lands.

Saint Philip was stoned to death and crucified at Hierapolis. In the sixth century his relics were brought to Rome and placed in the Basilica of the Twelve Apostles. Formerly the Roman martyrdom celebrated his feast on May 1, but this was moved to the third day of the month.

In the Scripture Santiago receives the nickname of “the Son of Alphaeus”; he is also known as “the cousin of the Lord” because his mother was a relative of the Virgin Mary. He is credited with the authorship of the first Catholic epistle. It contains one of the most important principles of the Christian life: “Faith without works is dead.”

In the Acts of the Apostles he is described as a much-loved figure in the Jerusalem Church, who was often called “the bishop.” St. Paul mentions him in his Letter to the Galatians, putting him next to St. Peter and St. John. In addition, the Apostle of Gentiles comments that after his conversion he wanted to see Peter, but he did not find any disciple in the city except Santiago. On his last visit to Jerusalem, James went directly to his house -James’s house-, where he met with all the heads of the Jerusalem Church (Acts 21:15).

Sometimes Santiago is designated as “the one who intercedes for the people.” According to tradition, this apostle receives this nickname because he always prayed asking God for forgiveness for the sins of his people.

The same tradition preserves the account of an episode in which Santiago was the cause of a scandal between the Pharisees and the scribes. The High Priest Annas II, taking advantage of the crowd that was present at the Jewish festival, challenged him saying: “We beg you that since the people feel great admiration for you, you appear before the crowd and tell them that Jesus is not the Messiah or Redeemer”. Before this request, Santiago responded: “Jesus is the one sent by God for the salvation of those who want to be saved. And we will see him one day on the clouds, seated at the right hand of God.”

Then the high priests – enraged by his response since they feared that the Jews would convert to Christianity – had Santiago captured and taken to the highest part of the temple. From there they threw him over the precipice. The apostle fell to his knees and died as he repeated the words of Christ: “Father God, I beg you to forgive them for they do not know what they do.”

Today in many countries the "May Cross" is commemorated

Tue May 3 , 2022
On May 3, “the May Cross” is commemorated in many places, a beautiful and endearing display of popular religiosity centered on the symbol of Christ’s sacrifice. The roots of this tradition go back to the ancient times of Christianity in the City of Jerusalem, and today they are manifested in […] 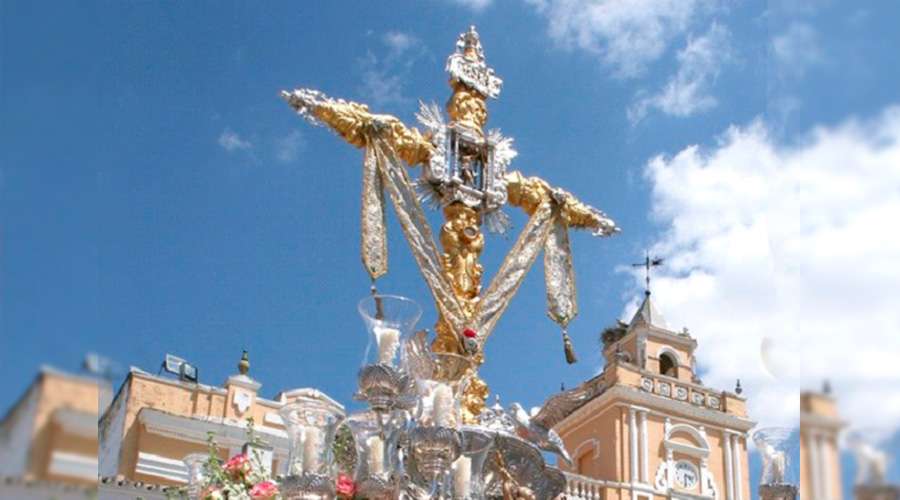