Every April 5, the Catholic Church celebrates Saint Vincent Ferrer, priest, member of the Order of Preachers, teacher of theology and philosophy, preacher of the Gospel.

“If you want to be useful to the souls of your neighbors, turn first to God with all your heart and ask him with simplicity to grant you that charity”, Saint Vincent said, and that is what he put into practice. He traveled an extensive territory between Spain, France and Italy, achieving many conversions; he worked to preserve the unity of the Church by defending the true faith, as well as for the reform of customs.

In the person of Christ

San Vicente Ferrer was born in Valencia (Spain) in the year 1350. He began his studies in one of the schools in his hometown. In February 1367 he took the Dominican habit. Later, he would go on to further his studies in Lérida, Barcelona and Toulouse. In Lérida, he became a teacher of Logic and Theology at his short 21 years.

Being a deacon he was sent to preach in Barcelona. There was a terrible famine there and the arrival of the food ships was waited with extreme eagerness, but they did not appear. The story tells that Vicente, seeing the anguish of the people, announced from the pulpit that the ships would arrive that same night. The gesture was not to the liking of his superior who reprimanded him for going around with “prophecies”, exciting people. To everyone’s surprise, what Vicente said was fulfilled and that same night the ships arrived. The next morning the people of the town appeared at the door of the convent to applaud the deacon who had restored their faith in God.

Before a Church divided by the schism

Saint Vincent Ferrer had an important participation in the recovery of the unity of the Church, after the problem caused by the papacy of Avignon (France). He saw, as a young man, how the seat of government of the Church returned to Rome after more than 70 years, but he also witnessed the brawls that occurred after the election of Urban VI that revived the tension between Avignon and Rome and that triggered the called Western Schism; that is, that the Church has two and even three heads simultaneously. It was the period of the antipopes. Despite having initially supported the Pope of Avignon, Clement VII, he began to view the French Curia with suspicion and interceded so that King Ferdinand of Aragon no longer recognized the see of Avignon and worked for the unity of the Church. In the midst of all this long and complex process, which the saint accused of being tremendously painful for his soul, Vicente tried everything he could to stay out of it and live fully as one more Dominican, however, his moral prestige forced him to to intervene. Providentially, his efforts led the crown to cooperate with the unit, causing it to withdraw its support for the French see and later favoring the election of Pope Martin V in 1417, thus ending the schism.

Saint Vincent Ferrer fought hard against the division of the Church. He did it, it is true, putting his good offices at God’s disposal, since he was an influential man, but mainly he did it through preaching. On the night of October 3, 1394, Vicente had a vision in which Our Lord Jesus Christ appeared to him, next to San Francisco and Santo Domingo de Guzmán. The Lord asked him to go out to preach in the cities, towns and countryside. Those were days when the saint suffered from fevers that caused him great pain and made him think that he was dying. The next day, Vicente was recovered and determined to undertake the great evangelizing journey of his life. It would be a total of 30 years that he would walk through Western Europe on foot, the north of Spain, the south of France, the north of Italy and Switzerland, preaching tirelessly, with enormous spiritual fruits. Among the many converted Jews and Moors abounded -it is said that a total of 10 thousand in Spain alone-.

On the other hand, we know that the Church is strengthened by her saints; she grows if she devotes herself to charity, to serving those in need. In this sense, it is worth mentioning one of the most interesting works of the distinguished preacher: the creation of the Valencia orphanage. San Vicente Ferrer is credited with founding the first orphanage in history in 1410, an institution that continues to function to this day.

always in the aftermath

This great preacher is a well-known character in the history of letters due to his prolixity in the writing of sermons. During the years of apostolic pilgrimage he always took time to prepare his homilies and focus them on the reform of moral conduct. His zeal for souls, fueled by his close relationship with Christ, led him to become a kind of doomsday preacher; in fact, many called him ‘the angel of the end of the world’. And in that powerful sermon on death, hell and glory, in which he called for conversion, Vicente Ferrer surprised with an extraordinary gift: those who listened to him during his travels did so in their own language, despite the fact that the good Dominican only spoke his native ‘Valencian’. The numerous testimonies that were collected for his cause attest to this.

Saint Vincent Ferrer left for the Father’s House on April 5, 1419 in Vannes (France). Seeing himself ill, he tried to return to his beloved Valencia, but he could not. However, he sent a farewell letter that is a source of pride for all Valencians and for any of his devotees. Today, San Vicente, is the patron saint of the Spanish city.

The saint was canonized by Pope Calixtus III in 1455.

To learn more about this saint, go to the following link of the Catholic Encyclopedia: https://ec.aciprensa.com/wiki/San_Vicente_Ferrer.

To learn more about this saint enter the following link

Tue Apr 5 , 2022
Trevor Noah is a famous character from South Africa who is getting more and more famous for his comedies. Not only these comedies, he is also an expert in the television industry and politics. His fame has spread all over the world after he hosted The Daily Show. Some of […] 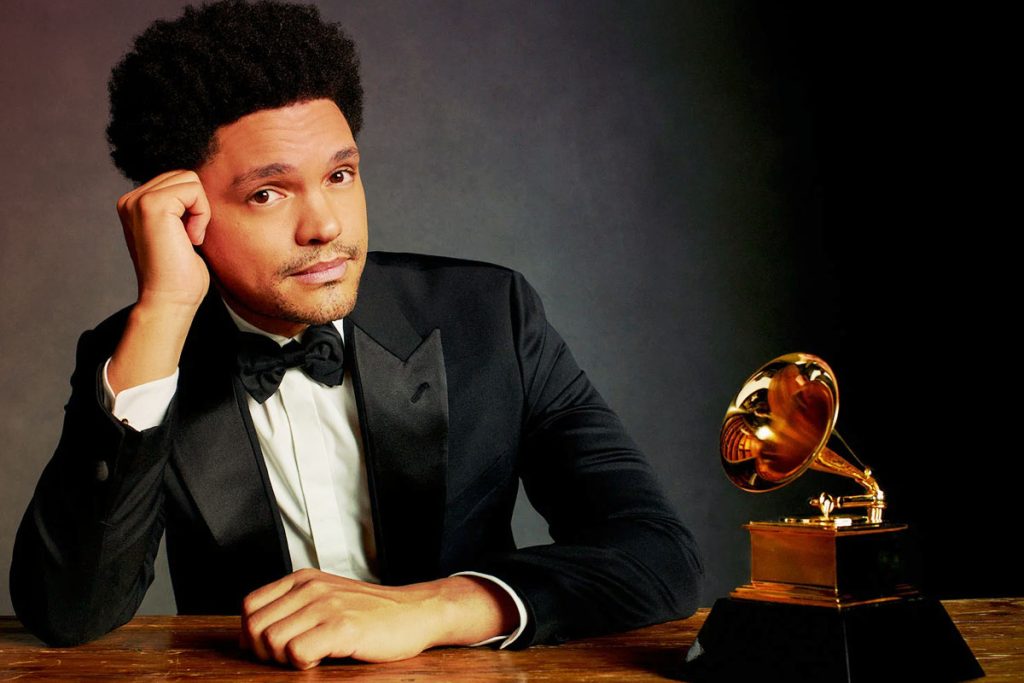