On December 4, 2000, the Office of the United Nations High Commissioner for Refugees (UNHCR) under resolution 55/76 requested that as of June 20, 2001, World Refugee Day be celebrated; request that was approved on February 12, 2001 by the General Assembly.

For the UN, international days are created to raise public awareness about unresolved human rights issues and draw media and government attention to encourage the creation of specific public policies.

In this case, the date represented a tribute to the 50 years of work of the UNHCR “in favor of returnees, stateless persons and internally displaced persons”, and of the purposes of the United Nations (UN) to promote “peace, human rights humans and development.

UNHCR was created in 1950 to “help millions of Europeans who had fled or lost their homes” during World War II. On July 28, 1951, in Geneva, the UN established the Convention on the Status of Refugees, which indicates the “fundamental concepts for the international protection of refugees”.

Currently 142 countries are part of this Convention, which defines who is a refugee and raises the need for international cooperation to solve this situation. It also establishes a number of rights and obligations of refugees with the host country, which increase based on the time they live in those places.

Its main principle is that “a refugee should not be returned to a country where he faces serious threats to his life or freedom”.

On October 4, 1967, a Protocol on the Status of Refugees was created to eliminate the “limitation of time and space” set forth in the 1951 Convention, which only allowed European refugees to request asylum.

According to the UN, currently “civilians who are forced to flee their country due to active conflicts” and those who demonstrate that they are being persecuted can request refuge.

The Catholic Church and its work with refugees

The Catholic Church has also spoken out on the problem of refugees, migrants and displaced persons, and has called on the faithful to welcome them on numerous occasions.

In 2013, the Pontifical Council for the Pastoral Care of Migrants and Itinerant People noted that “migration has changed and is destined to increase in future decades.” He also stated that the Catholic Church’s commitment to migrants and refugees is attributed to the love and compassion of Jesus, the Good Samaritan.

In this sense, he cited the last two pontiffs in the history of the Church to explain that by attending to the spiritual and pastoral needs of migrants, their human dignity is promoted and the Gospel of love and peace is proclaimed.

In the first encyclical of Benedict XVI called Deus caritas est (God is Love) of December 25, 2005, the Pope Emeritus affirmed that love transcends any type of border or distinction:

“The Church is the family of God in the world. In this family there should be no one who suffers for lack of what is necessary. But, at the same time, caritas-agapé goes beyond the confines of the Church; the parable of the Good Samaritan continues being the criterion of behavior and shows the universality of love that is directed towards the needy met ‘by chance’, whoever he may be”.

Likewise, Pope Francis related the theme to the Resurrection and personal attitude, urging us to let the force of Christ’s love transform our lives to be instruments of mercy that God uses to “make justice and peace flourish.”

This implies “change hate into love, revenge into forgiveness, war into peace. Yes, Christ is our peace, and let us implore through him peace for the whole world […]and that all violence definitively cease, and, above all, for the […] population affected by the conflict and the many refugees who are waiting for help and consolation,” said Pope Francis in his Urbi et Orbi message of March 31, 2013.

Peace for those who “are forced to leave their homes and still live in fear […]so that differences are overcome and a renewed spirit of reconciliation matures”, he added.

In July of that same year, Pope Francis made his first pastoral visit outside of Rome as pontiff. The chosen place was the Italian island of Lampedusa, where he met 50 immigrants, including young Somalis and Eritreans who, like so many others, cross the seas risking their lives to reach Europe.

This year, in his message for the 108th World Day of Migrants and Refugees 2022, which the Catholic Church will celebrate on September 25, Pope Francis said that “no one should be excluded” and affirmed that God also wants to build his Kingdom with the “migrants and refugees, displaced persons and victims of trafficking”.

The Holy Father said that “building the future with migrants and refugees also means recognizing and valuing what each of them can contribute to the building process.” “I like to see this approach to the migratory phenomenon in a prophetic vision of Isaiah, in which foreigners do not appear as invaders and destroyers, but as willing workers who rebuild the walls of the New Jerusalem, the Jerusalem open to all peoples” , he expressed.

Pope Francis concluded his message by calling to build the future today with migrants and refugees. “We cannot leave to future generations the responsibility for decisions that need to be made now, so that God’s project for the world can be carried out and his Kingdom of justice, brotherhood and peace come”, he affirmed.

Santi Millán speaks out after the leak of his sex video

Mon Jun 20 , 2022
It was last Sunday, June 19, when a video was posted on Twitter in which Santi Millán was explicitly seen having sex with a woman. The clip was removed from some of the accounts that shared it for violating the regulations of the social network, but by then the presenter’s […] 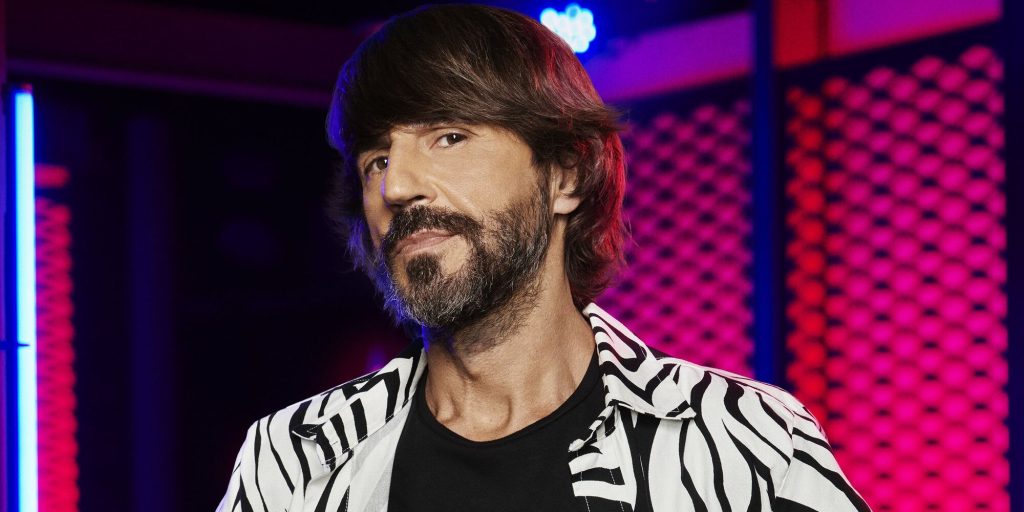