Every March 23, the Catholic Church celebrates the feast of Santo Toribio de Mogrovejo, second Archbishop of Lima, Patron of the Latin American Episcopate, of the Archdiocese of Lima (Peru) and Mayorga (Spain).

Toribio de Mogrovejo (1538-1606) is a prominent figure in the history of the evangelization of the American peoples. He is recognized as having been one of the greatest defenders of the defenseless and exploited in the times of the Viceroyalty of Peru. As an ecclesiastical authority, Santo Toribio worked tirelessly to see the Peruvian Church organized and united, made extensive pastoral trips and convened several councils, which were decisive for the proclamation of the Gospel in the New World.

at the foot of the cross

Toribio Alfonso de Mogrovejo was born in Mayorga, Castilla (Spain) in 1538. He studied law and was a professor at the University of Salamanca. As a layman, he was commissioned by King Felipe II to preside over the inquisition of Granada, as chief judge. Later, the king, impressed by Toribio’s Christian virtues and humanity, proposed to Pope Gregory XIII that he name him Archbishop of Lima. At that time, whoever assumed said seat became responsible for a vast jurisdiction, which included most of Hispanic South America. Although Santo Toribio initially resisted accepting such a task -he was not even ordained-, he ended up accepting, while the Pope granted him the pontifical dispensation to receive minor and major orders in a short time. Toribio was consecrated bishop in 1580.

The Church, a mother who watches over her children

The change that God worked in Toribio’s life was very strong. The saint was aware of both the greatness of the mission that awaited him, and the smallness of his forces. That experience prompted him to entrust everything to the Lord, and put himself in his hands. He left for America with his heart burning with enthusiasm, thinking of sharing the treasure that God had entrusted to him. Arriving in Peru, he immediately began to work on the restoration of ecclesiastical order and discipline. In that purpose, due to his episcopal investiture, he had to face on several occasions conquerors and members of the Lima clergy committed -by action or omission- in injustices or abuses against the indigenous people.

His firm position in favor of justice made him the target of hostilities from both the civil and ecclesial powers; most did not go beyond slander or rumors. Despite this, the saint persisted in defending the unprotected at the voice of “who should always be happy is Christ and not the Viceroy.”

May Christ reach every corner

In the 27 years in which he was in charge of the Church of Lima, Santo Toribio built churches, convents and hospitals; In addition, he founded the first diocesan seminary in Latin America, which today bears his name. His heart as an authentic and committed shepherd led him to study the local languages ​​and dialects (mainly Quechua and Aymara). The archbishop wanted to be closer to the faithful, learn their culture and effectively announce Christ to them. This favored the increase in conversions.

He traveled through almost the entire territory of the viceroyalty, visiting cities, towns and villages, on foot or on horseback; almost always alone and exposing himself to diseases and dangers.

He called three provincial councils or synods and ordered the publication of the catechism in Quechua and Aymara. He held thirteen diocesan synods that helped spread and implement the Council of Trent in America, as well as maintain the Church’s independence from civil power.

Santo Toribio coincided in time (between the second half of the 16th century and the beginning of the 17th) with great saints: Santa Rosa de Lima, San Martín de Porres, San Juan Macías and San Francisco Solano -these last two, as the same as him , born in Spain-. He treated and knew all of them; and even, as was the case with San Francisco Solano, he was joined by a certain friendship, propitiated by the evangelizing effort. A separate note, of great symbolism, was the fact that Santo Toribio de Mogrovejo confirmed Santa Rosa de Lima, patron saint of America and the Philippines.

Details like these take us back to the times when the first outbreak of holiness occurred in America. Time in which in Lima, the City of Kings, there was an air of fervor, mysticism and desire for holiness. Going back to the roots of Evangelization must be an inspiration today for an entire Continent that wants to flourish again.

At the age of 68, Santo Toribio fell ill and died on March 23, Holy Thursday, 1606. Saint John Paul II declared him Patron of the Latin American Episcopate in 1983.

Santo Toribio de Mogrovejo, pray for our America! Intercede for the bishops of the continent!

If you want to know a little more about this great archbishop, or about the Evangelization of America, we suggest you read these articles from the Catholic Encyclopedia:

The images that demonstrate Pablo Urdangarin's passion for his father, Iñaki Urdangarin, and the rest of his paternal family

Wed Mar 23 , 2022
Pablo Urdangarin is a very familiar young man. For him, the family is always first, and he does not only refer to his parents and siblings, but also to what he understands the term in a broader sense. This includes grandparents, uncles and cousins, people very close to the handball […] 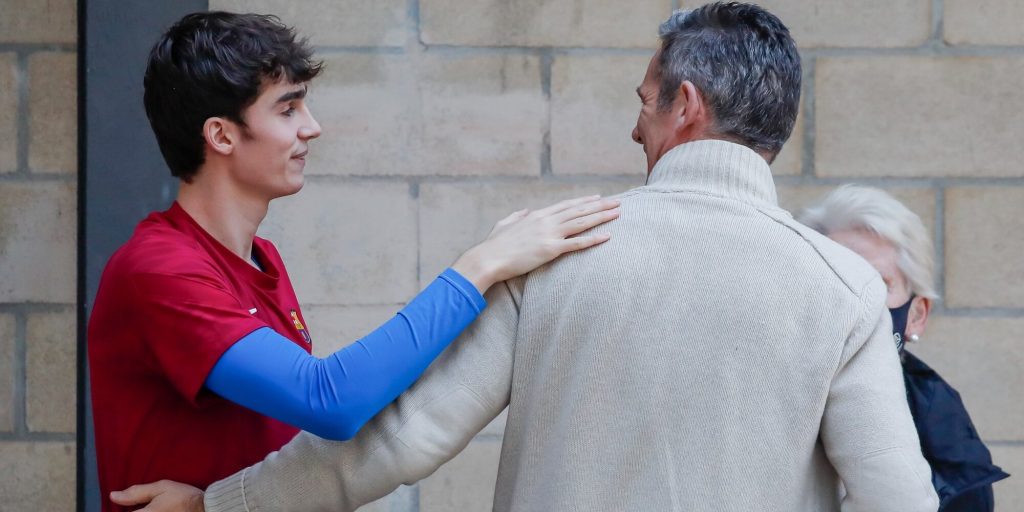