Every June 6, the Catholic Church celebrates Saint Marcellin Champagnat, French priest, founder of the Congregation of the Marist Brothers. Saint Marcellin had to live through times in which his France was going through a profound social and political crisis. The saint led what would be the response of the Church: a religious movement focused on access to education, especially dedicated to the formation of children and young people.

Education is a gift from God

Marcelino José Benito Champagnat Chirat was born on May 20, 1789, in Marlhes (France), into a humble family that would suffer the consequences of anticlericalism and the hatred of the faith that accompanied the French Revolution. His mother consecrated him as a child to the Virgin Mary and one of his aunts, who was very close to him, was the one who taught him his first letters. That aunt was the one who introduced little Marcelino to the knowledge of the lives of the saints.

The little member of the Champagnat family could not go further in school because the family could not afford his education. Marcelino grew up without attending school, but since he knew how to read, he became fond of the pious readings that he could find at home, or at the home of his relatives. With them he learned a lot about love for God and the Church. On the other hand, like the boys in his town, he learned the trade of bricklayer and discovered a certain ability for business. For a time, Marcelino dedicated himself to the sale of lambs, with which he managed to save the money necessary to pay for his future studies.

As soon as he was old enough, he applied to the minor seminary in his town. The trainers admitted him and helped him adjust to the new environment. However, he found it difficult to learn the subjects, to the point that he was almost kicked out of the place; although his good behavior and the support of his friends allowed him to continue. One of his fellow students was another saint, the future Saint John Mary Vianney -the Holy Cure of Ars-. Juan María, like him, did not exactly stand out in his studies either, but he did excel in piety and fervor.

Formed in the “school” of Mary

Marcellin was ordained a priest in 1816. Later, he was sent as vicar to an elderly priest in one of those remote towns where life revolves around parties and drunkenness. The saint, in these circumstances, encouraged everyone to approach God again, especially the young; Fr. Marcelino proposed that the boys of the town arrive at the church before six in the morning to receive catechism, and he succeeded -something that could well be considered “a miracle”-.

The priest used to visit the Mariano de la Fourviere Sanctuary. During one of his visits, in the midst of his prayer, he received the inspiration to found a religious congregation dedicated to teaching catechism and training the youngest. In those days, he had been accompanying a terminally ill young man who lacked any preparation in the faith. He was certainly able to help him die in peace, but the fact left him with a terrible disappointment. Facing the Lord in his prayer, he felt encouraged to get together with some of his companions and start an apostolic work; He was enthusiastic and came to the conviction that this work should be educational. Young people needed to have the opportunity to know God more and better.

“All in honor of Jesus, but through Mary…”

The foundation of the Congregation of the Marist Brothers took place on January 2, 1817. The new community, consecrated as “company of Mary”, began school work. Its members, known as “the Marist Brothers”, had received the appropriate instruction from the saint for such a lofty mission. Marcellin sent them to nearby parishes as religious teachers or catechists. Meanwhile, with the passing of time, new applicants arrived to be part of the congregation. With a sufficient number of religious-educators, the first “Marist” schools appeared.

The method used in the classrooms was marked by the exercise of charity, the practice of singing and the active participation of the students. All humiliating treatment, as well as physical punishment, was strictly prohibited. Marcellin also had the idea that all pedagogy should focus on love for Mary: “Everything in honor of Jesus, but through Mary. All for Mary, to reach Jesus”.

“Our Community – he used to remind his religious – belongs entirely to Our Lady the Mother of God. Our activities must be directed to making her loved, esteemed and glorified. Let us inculcate her devotion to our young people, and thus we will more easily lead them to Jesus Christ.”

Saint Marcellin Champagnat left for the Father’s House on June 6, 1840 at only 51 years of age – what always seemed like acute gastritis had turned into stomach cancer, which caused his death. However, his educational and spiritual work maintained the momentum he gave it, thanks to the persistence and love of his brothers in the congregation. Proof of this today is the expansion of the Order in many countries.

The founder of the Marists was canonized in 1999 by Pope Saint John Paul II, who in his homily said: “Saint Marcellin announced the Gospel with a burning heart. He showed sensitivity to the spiritual and educational needs of his time, especially to the religious ignorance and neglect experienced particularly by the youth.”

Shakira and Gerard Piqué reappear together after confirming their breakup

Mon Jun 6 , 2022
Shakira and Gerard Piqué have announced that they have ended their relationship after more than twelve years together, although it was she who shared a rather brief statement talking about her personal situation, saying: “We regret to confirm that we are separating. For the well-being From our children, who are […] 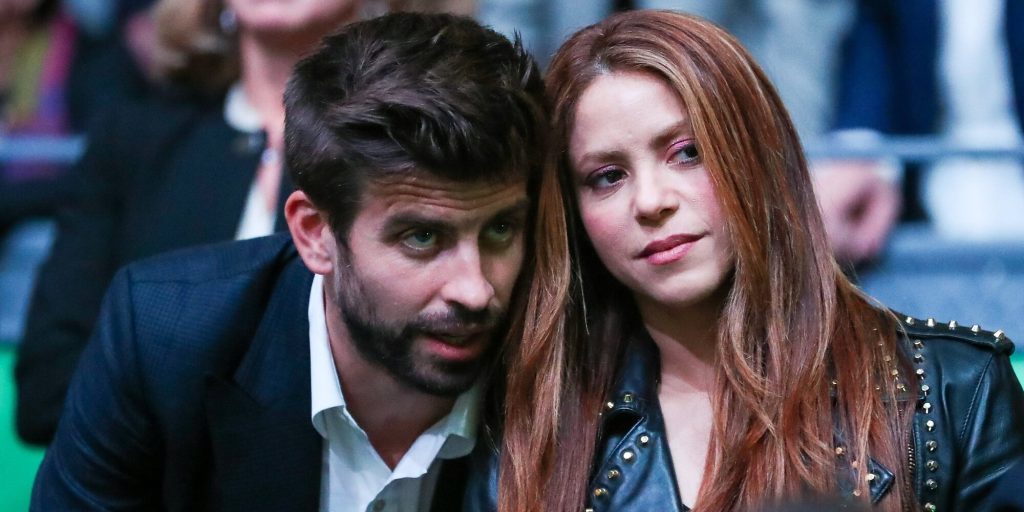