Every July 23, the Church celebrates Saint Bridget, Patron Saint of Sweden, founder of the Order of the Most Holy Savior, mother of Saint Catherine of Sweden and, since the eve of the great jubilee of the year 2000, Patron Saint of Europe proclaimed by Pope Saint John. Paul II.

Pope Emeritus Benedict XVI pointed out in 2010 that the life of Saint Bridget shows the role and dignity of women within the Church, evidenced in the “attitude of respect and full fidelity to the Magisterium of the Church, in particular to the Successor of the apostle Peter”.

Citing Saint Brigid as an example, Benedict XVI added: “In fact, in the great Christian tradition, women are recognized as having their own dignity, and — following the example of Mary, Queen of the Apostles — their own place in the Church, which , without coinciding with the ordained priesthood, is equally important for the spiritual growth of the community. In addition, the collaboration of consecrated men and women, always respecting their specific vocation, is of great importance in today’s world”.

That is why, like many holy women, Saint Bridget continues to “speak” to the hearts of today’s women and men.

Saint Bridget was born in Norrtälje, Uppland (Sweden) in 1302. Wife and mother of eight children -whom she educated in the faith with dedication- when she became a widow she decided to renounce a second marriage to dedicate herself to prayer, penance and the works of charity. She sold her possessions, handed them over to the Church and entered – without religious consecration – the Cistercian monastery of Alvastra, in her native country.

To this saint and mystic, the Lord revealed a set of prayers or prayers, as well as visions of his passion and messages that invite spiritual consolation in Him. In addition, his Mother, the Virgin Mary, instructed her on issues concerning the unity of the Church and the Papacy.

The account of these particular graces is contained in his Revelations, dictated to his confessors and secretaries and which make up an extensive work in eight volumes. In this book are contained great promises for the conversion and salvation of souls.

Within the framework of her mystical experiences, Brígida was instructed by the Blessed Virgin Mary in the devotion to the Seven Sorrows, which consists of praying seven Hail Marys daily, meditating on the tears and pains of the Mother of God. Whoever practices this devotion, the Virgin will grant peace and will give whatever is requested, as long as it is not contrary to the will of God. In addition, the Mother of God will defend him in spiritual combat, among other graces.

For his part, the Lord revealed to him fifteen prayers to be recited for a year, also accompanied by great promises; as well as other prayers destined to be prayed throughout twelve years. In the Basilica of Saint Paul Outside the Walls in Rome is the miraculous crucifix, sculpted by Pierre Cavallini, before which the Saint received on her knees the prayers that the Lord revealed to her.

Her proclamation as Patron of Europe responds to certain characteristics of her exemplary life. Having belonged to the Swedish nobility, she showed detachment from it for spiritual reasons. On the other hand, she toured the Europe of Catholic roots-she did, for example, the road to Compostela alongside her husband Ulf-, and embarked with her spiritual children -already a widow- towards the Holy Land, where she stood in 1371.

Finally, his journey in this world ended in the city of Rome, while asking for the return of the Popes, at that time exiled in Avignon.

After Ulf’s death, Bridget devoted herself entirely to a life of prayer and to the strengthening in various places of the spirit and letter of female monastic life.

If you want to know more about Saint Brigida of Sweden, you can read this article from the Catholic Encyclopedia: https://ec.aciprensa.com/wiki/Santa_Brígida_de_Suecia.

To read more about Saint Bridget of Sweden and the prayers, go to the following links:

Valeria Vegas: 'The idea that the rights of LGTBIQ+ people are debatable and that we are second class has been perpetuated'

Sat Jul 23 , 2022
HomeTelevisionValeria Vegas: “The idea that the rights of LGTBIQ+ people are debatable and that we are second class has been perpetuated” INTERVIEW Valeria Vegas gives voice to ‘Cruda (tele)realidad: la historia de Miriam Rivera’, a podcast about the unethical treatment of the world’s first trans character on reality shows. Brais […] 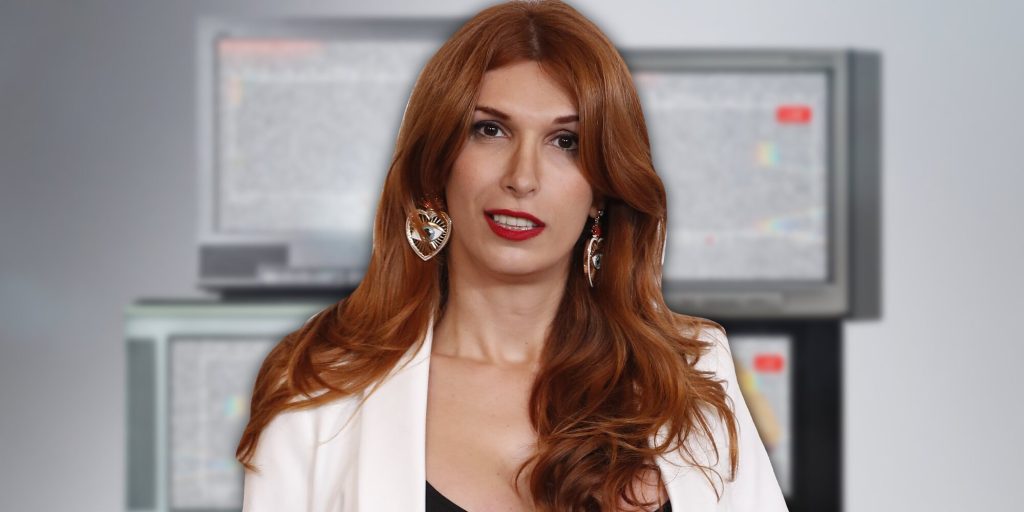