Today, April 19, the Church remembers Saint Expeditus, a Roman soldier who lived between the 3rd and 4th centuries. Before his conversion he was commander of the Roman legion “Fulminata XII”, which was under the direct orders of Emperor Diocletian. Saint Expedite is counted among the martyrs.

According to the tradition of the Church, when Saint Expeditus had already made the decision to embrace Christianity, the Evil One appeared to him in the form of a raven and began to shout: “cras, cras, cras”, onomatopoeia which in Latin means: ” tomorrow tomorrow tomorrow”. What Satan wanted was to cool Expedito’s urgent desire to know Christ, knowing that postponing – even for a single day – such an important decision could bring about a definitive victory for evil.

The saint, in a single movement, crushed the tempting crow, shouting the perfect answer: “Hodie, hodie, hodie!”, which means “today, today, today”. “I will not leave anything for tomorrow, from today I will be a Christian”, he said to himself. From then on, Expedito lived his Christian faith until the last of his days, when it was his turn to deliver his blood in martyrdom.

Saint Expeditus is considered a protector in the face of difficulties that arise at work, a good intercessor for families and a diligent lawyer when he is brought to trial. His quick and forceful response to the devil made him a model and intercessor in urgent problems and in the face of procrastination.

San Expedito is also the protector of youth, students and the sick. He is represented as a soldier carrying a cross on which the word “hodie” (today) is written, next to the palm leaf that symbolizes martyrdom. At his feet a raven is represented with the word “cras” (morning).

On this day, thousands of faithful congregate in the Nuestra Señora Balvanera parish in Buenos Aires (Argentina) to venerate the old image of the saint that is preserved in the temple. His devotees attend Mass, come to Confession and ask for blessings for their valuable belongings.

VIDEO: A day like today Benedict XVI was elected Pope

Tue Apr 19 , 2022
On a day like today, 17 years ago, Cardinal Joseph Ratzinger was elected successor to Saint Peter and presented to the world as Pope Benedict XVI. In his first words, the now 95-year-old Pope Emeritus defined himself as a “simple and humble worker in the Lord’s vineyard.” “I am consoled […] 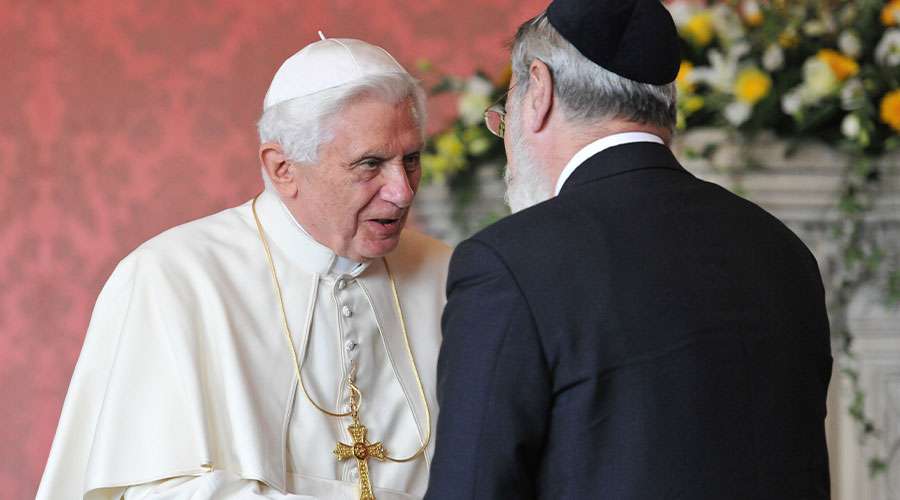