“Her poverty gives joyful and credible witness to God as the true wealth of the human heart, contests the idolatry of money and becomes a prophetic voice in the midst of society,” said Saint John Paul II about Saint Mariana de Jesús Paredes, invoked as the “Azucena de Quito” and whose feast is May 26.

Mariana de Jesús de Paredes y Flores was born in Quito (Ecuador) in 1618. From an early age she showed an inclination towards modesty and modesty. She lost her parents at the age of four and was cared for by her sister, who was already married to her.

She had a talent for music and for sewing, carving, weaving and embroidery. In addition, he used to retire to pray in some corner of the house and do penance.

After her First Communion, she made a vow of perpetual chastity, to which she later added those of poverty and obedience. Later, with the guidance of her spiritual directors, she understood that God did not want her in a monastery.

He set up a closed space in his house where he prayed with a weekly schedule of penances and fasts, leaving only to go to church in the mornings. Thus he maintained a life of austerity from adolescence.

Her apostolate was in prayer for her neighbor, her advice to those who came to her achieving peace among those who fought and the conversion of many sinners. Later, on the advice of her confessors, she became a tertiary of Saint Francis of Assisi. She also considered herself a spiritual disciple of Saint Teresa of Ávila and, at the same time, she felt she was a daughter of the Society of Jesus.

One day he told a vain priest, after a brilliant sermon: “look father, God sent you to collect souls for heaven, and not to collect applause from this ground”. Thus the clergyman stopped seeking esteem when preaching .

Once she was sick, they took her blood, which was placed in a flowerpot in which a beautiful lily bloomed.

At that time there were terrible earthquakes and the Saint offered her life to God so that they would stop. Leaving the temple she began to feel sick and these catastrophes that claimed many lives and destroyed houses were no longer repeated.

A terrible epidemic was also causing the death of hundreds of people. Santa Mariana offered her life and her pain so that it would stop and from that day no more people died of that evil. That is why the Congress of Ecuador in 1946 awarded her the title of “Heroine of the Homeland”.

He left for the Father’s House on May 26, 1645 and his funeral was attended by a large number of faithful. She was canonized by Pope Pius XII in 1950.

Thu May 26 , 2022
Podcast tv series Seriemaniac: (7×28) May 19, 2022 This week in the podcast about TV series «Seriemaniac» we analyze the series without spoilers «Tokyo Vice«, one of the great bets that you can see on HBO Max: the story of an American reporter investigating the Japanese Yakuza. In addition, other […] 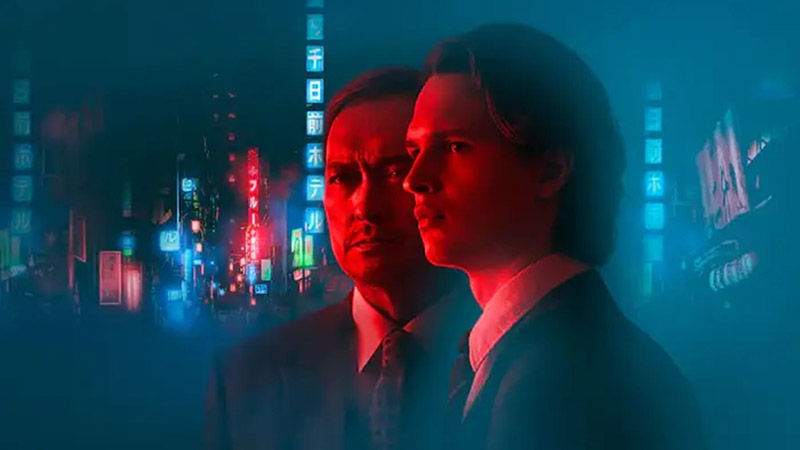