The crown of thorns placed on the head of Christ during his Passion is one of the relics most venerated by the faithful in the world, together with a fragment of the True Cross and one of the nails with which the Son of God was crucified; however, it has a simple origin: it was made from a tree.

It should be remembered that one of the tortures that Jesus Christ suffered during his Passion was the crowning with thorns, an event that we meditate on in the third painful mystery and that is described in the Gospel of Saint Matthew.

“Then the procurator’s soldiers took Jesus with them into the praetorium and gathered the whole cohort around him. They stripped him and threw a purple robe over him, and plaiting a crown of thorns, they put it on his head, and in his right hand a reed, and bowing the knee before him, they mocked him saying: ‘Hail, King! of the Jews’”.

According to medical studies carried out on the Shroud of Turin -which according to tradition wrapped the body of Jesus-, and in which blood stains from the face were impregnated, drops of blood were identified on the nape of the neck that are the product of “injuries to the the scalp”.

This instrument of torture would have been made from a tree or plant that grows near the Holy Land, the place where Jesus Christ lived his Passion, Death and Resurrection, and which is characterized by having very sharp thorns on its branches.

The American doctor Frederick Zugibe, a forensic expert known for his studies on the Shroud of Turin, offers in his book The Crucifixion of Jesus, a Forensic Inquiry, a section where he explains the possible origin of the plant with which the crown was made.

Zugibe said that although the material used to make the crown of thorns is still under debate, studies carried out by experts indicate that it would be a plant that grew in the Middle East and belongs to the Ramnaceae family.

He specified that renowned experts in botany of the flora of the Holy Land point out the following two trees as possibilities:

The first tree is named Ziziphus Spina-Christi, it is known as Rhamnus Spina-Christi or Rhamnusnabeca, and comes from Syria and Lebanon, through Palestine to Arabia, Petraea and Sinai. The second tree is called Paliurus aculeatus or Ziziphus Paliurus.

Zugibe said in the book that both plants belong to the Ramnaceae family and are characterized by being closely spaced and having sharp spines, which can be braided into the shape of a cap.

Wed Apr 13 , 2022
This Easter 2022, the EWTN network will broadcast a special program of the celebrations that Pope Francis will preside over in the Vatican from Thursday, April 14 to Sunday, April 17. These are the schedules according to the country. The signal will also be broadcast from the ACI Prensa Facebook […] 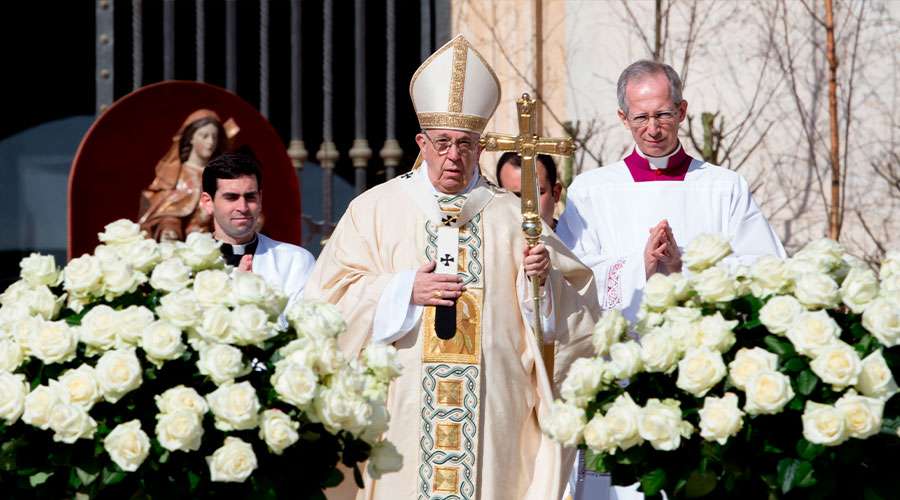