Three experts in icons, history and art explain the origin and evolution of what is currently known as the face of Christ: the face with long hair, a beard and an intense gaze of which there are currently multiple representations.

Although the gospels, the books of the Bible that narrate the life of Christ, do not refer specifically to his appearance, the origin of what is known today goes back to the first Christian communities, which had to hide in the catacombs before the persecution in the Roman Empire.

Icon expert Fr. Sergio Mercanzin explained to EWTN’s Vatican program that the first images of Christ were found “in the catacombs of Rome.”

“The interesting thing is that Rome, and we have seen this in conferences with experts, has this privilege of having the oldest icons in the world: Marian and Christological,” said the priest.

In the Roman catacombs, below sea level, Jesus can be seen represented as the Good Shepherd, young and beardless.

Centuries later, representations of Christ changed. Around the fourth century, Jesus began to be represented as what we know today.

“There is an icon of Christ, which was found in Ostia a few decades ago, dating back to the fourth or fifth century. Then there is the acrapital icon, which was not painted by human hands. That could be from the 6th or 7th century”, explained Fr. Mercanzin.

Elizabeth Lev, art historian and professor at Duquesne University in the United States, says that “in the period after the legalization of Christianity, we began to think with some help from the emperor, in terms of Jesus as teacher, the authority of Jesus, Jesus as the one who gives the laws. It is then that Jesus begins to mature a little more towards the expression of the teacher with a beard, of the rabbi or teacher”.

Lev refers to Emperor Constantine, who in 313 issued the Edict of Milan, which allowed freedom of worship in the Roman Empire, not only for Christianity but for other religions.

“This is how the image of Christ continues with some variations”, indicates the expert and specifies that “the greatest moment in which Christians concentrate on his face is when they begin to create icons, objects that are not only created for prayer but for theological understanding.

For the Slovenian Jesuit priest and artist, Fr. Marko Iván Rupnik, who in his work reconciles the styles of the Latin Church and that of the Eastern Rite, the icons of Christ also communicate a language that is understood by Christians.

“Christians created a koiné, a type of language that could only be understood by Christians,” said the priest who was also the creator of the 2016 Jubilee of Mercy icon.

“For example, he took a Romanesque image of Astoria in Spain and a Russian Byzantine church. I understand the images because the language is truly the theological, dogmatic language of the Church, of the liturgy,” she stressed.

The priest and artist points out that, regardless of whether the art of the icons is from the Latin or Eastern Church, both have “a single source”, which led over time to what is known today.

How Halo humanized the Master Chief through his relationships and backstory

Thu Apr 14 , 2022
It was obvious from the beginning, halo The TV series on Paramount+ will be different from the video game it’s based on. It has to be; making a serialized narrative for TV is very different from the interactive process of a video game. But the main difference is how the […] 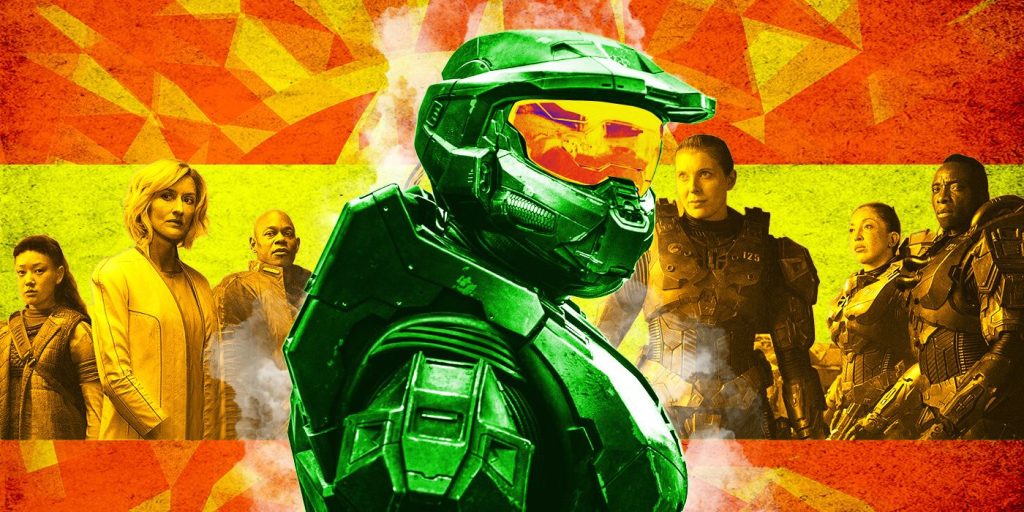