One of the most widespread medals among Christians is the one attributed to Saint Benedict, the holy abbot and patron saint of Europe, due to his close link with the fight against evil.

This is because in the 17th century, women accused of witchcraft in Germany said that they had no power over Metten Abbey because was under the protection of the cross.

During the investigation, several crosses painted and surrounded by the letters that are now on the medals were found on the walls of the enclosure.

Later, a parchment was found with the image of Saint Benedict and the complete sentences used to write the abbreviations.

Below we explain with an infographic the meaning of the Latin phrases and the abbreviations present on both sides of the Saint Benedict medal:

Receive our news by email:

Write your name and email to receive the daily newsletter of ACI Prensa and, occasionally, breaking news.

As part of this free service, you may occasionally receive offers from EWTN News and EWTN. We will never rent or sell your information and you can unsubscribe at any time.

Sat Jul 9 , 2022
Today is the feast of Our Lady of Itatí, patron saint and protector of the provinces of Corrientes and Misiones in Argentina. Marian devotion originated on the shores of Alto Paraná, in the province of Corrientes, after the arrival of the navigator Sebastián Gaboto to the lands of chief Yaguarón […] 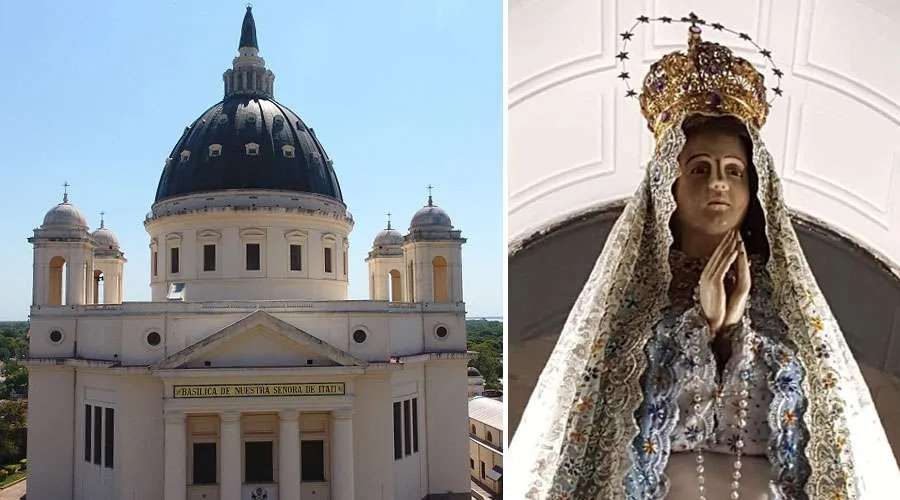