In the least expected and desired way in the world, Santi Millán became news last Sunday, June 19. An intimate video of him having sex with a woman was leaked on Twitter and quickly spread to become a Trending Topic for most of the day. But not only did he become the center of attention, but also his wife and mother of his children, Rosa Olucha, and not because she was the woman the actor was dating, on the contrary, because it was not her.

It was not until the morning of Monday the 20th that Santi Millán spoke about this scandal, but not ashamed, but pointing to what was really happening, which was the viralization of a crime: “I do not intend to make any comment. I do not want to say how things should be approached, but the news here is that a crime has been committed. I don’t understand laws or anything else, so I’m not going to comment,” he told the ABC newspaper. 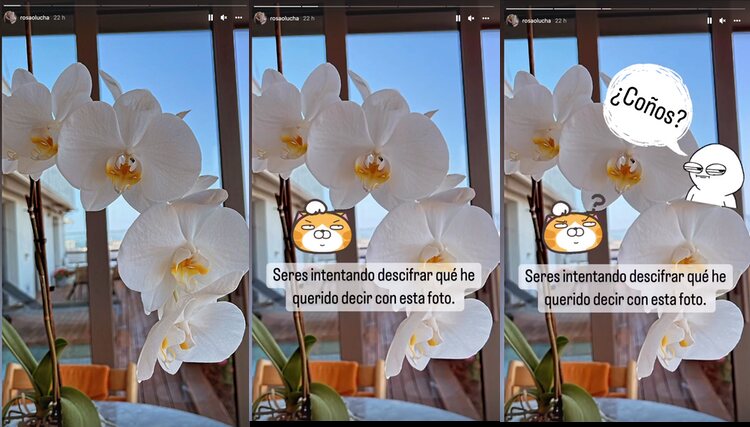 After this, all eyes were on his wife, the other party involved in this complicated story. On the other hand, Rosa Olucha opted for the path of not saying anything directly and criticizing how all this was being treated and the hypervigilance that there would be in each of her steps from now on. To do this, she shared a photograph of an orchid and began to wonder about what was already happening on the other side of the screen.

It will not give what people expect of it

“Beings trying to figure out what I wanted to say with this photo,” he said in an ironic way and with a touch of humor about what people expected from a simple photograph of a plant. “Damn?”, She wrote in a following story about the same photograph as an example of the point someone could reach despite the fact that she would be saying something with a simple photograph of one of her plants. 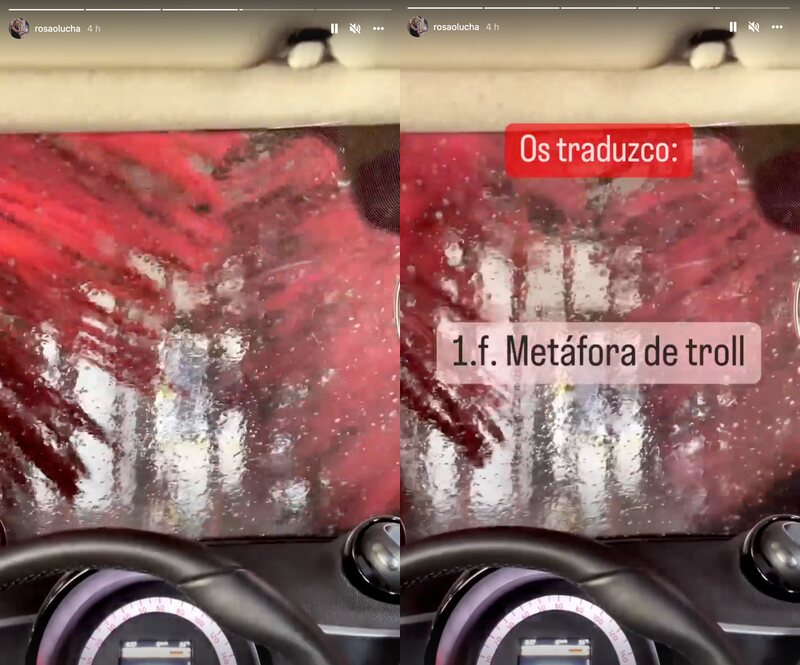 Rosa Olucha humorous before the controversy of the filtration of the sexual video | Photo: Instagram

A technique that he also used the next day, this Monday, with a video from inside his car while he was in a car wash: “I translate for you: Metaphor of a troll.” A video that, effectively, she did not want to send a message to the world, nor any hint or attack on her husband or the other woman who appeared in the video in question.

And after throwing humor on networks, Rosa Olucha sent a longer and much more serious statement to address what was happening not only in her private life, but in the public sphere, much more worrying for her than the video itself: “A all of you who ask me ‘how are you’ or say things like ‘sorry, you have my full support’ I tell you: First of all, I’m fine. You should ask how he is. He is the one who has suffered an attack to his privacy, which by the way, is a crime. HIS privacy. His and no one else’s. Secondly, you don’t have to feel sorry or support anyone. I’m not a victim and there are no sides or properties here. I’m not mine nor am I yours. Third, for those who don’t know (and I’m sorry), there are many types of family. In ours, FREEDOM, RESPECT and TOLERANCE are the pillars on which we have built this project We have walked many kilometers together and many more apart, we have stumbled a thousand times, we have talked when it has been necessary, we have changed the rhythm when we have tired and, for the moment, not so badly, “she said, speaking of a possible open relationship between them.

“In the fourth year, I am very lazy to see that at this point consensual and private sex continues to cause scandals. Yes, gentlemen, people fuck! Inside and outside the couple. I am almost lazier than when it is made public, most he takes pity on women with the classic ‘poor thing she didn’t know about’ or ‘what an imbecile that would allow her’. Shit from a catholic and patriarchal society. Fifth, the conventional media is disgusting. You talk about these issues as ‘scandals’ when in reality you will have to talk about ‘crimes’ or simply shut up. I hope that those who were worried about me are calmer now. Me and my family, well. Thank you,” the statement concluded.

Pray this prayer for refugees, displaced and persecuted in the world

Tue Jun 21 , 2022
On World Refugee Day 2022, Catholic Relief Services (CRS), the humanitarian organization of the Catholic bishops of the United States, invites a prayer for those forced to flee their country due to persecution, conflict or violence . “Let us remember that our faith teaches us that each person is created […] 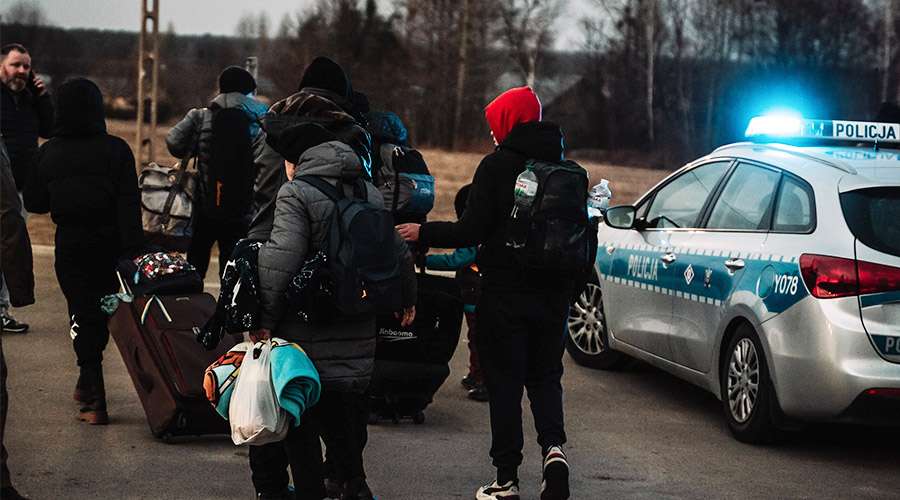