The Parish of the Sacred Heart of Mary, in Boulder, Colorado (United States), was painted with anti-Catholic and pro-abortion phrases, one day after a document was leaked that points to a possible annulment of the ruling that legalized abortion in the United States. Joined.

On the night of May 3, the church was attacked with graffiti that included pro-abortion and anti-Catholic slogans. This is the second time in seven months that the parish has been the target of pro-abortion graffiti.

This time, the act of vandalism coincided with the leaking of a draft majority opinion from the United States Supreme Court, suggesting that the Court would lean toward overturning the Roe v. Wade, who legalized abortion in the country in 1973.

On May 2, the POLITICO site leaked a draft majority opinion of five judges projecting a possible annulment of previous rulings issued by the Supreme Court in favor of legal abortion. If the opinion holds, more than a dozen states are expected to immediately ban abortion.

The Archdiocese of Denver shared photos of the act of vandalism, which show vulgar and hateful messages spray-painted on the facade of the parish, with CNA, an English agency of the ACI Group.

Some of them insult the State and the Church, others expose numerous inscriptions such as “You don’t speak 4 God” (Do not speak for God), and slogans in favor of abortion such as “My Body My Choice” (My body, my choice). ). There is also one that appears to be an “A”, which usually symbolizes anarchist groups.

Mark Haas, a spokesman for the Archdiocese of Denver, told CNA that the archdiocese has seen at least 30 incidents of vandalism, property destruction and theft since February 2020. The Cathedral Basilica of the Immaculate Conception in Denver was attacked with slogans anti-Catholic in October 2021.

The Boulder County Sheriff’s Office was called to investigate the act of vandalism.

In September 2021, the vandals made various graffiti in the Sacred Heart of Mary parish such as “Jesus loves abortion”, “out of prohibitions of our bodies”, “take your hands out of my uterus”, among others as the symbol of anarchy .

At the time, the parish had a display of 4,000 small white crosses on its front lawn, each representing one aborted baby every day in the United States.

Vandals trampled and desecrated at least half of the crosses. Boulder authorities have not announced any suspects related to that incident.

Colorado, which allows abortion up to birth, has some of the most permissive abortion laws in the country, codified by Gov. Jared Polis earlier this year.

Warren Hern, a prolific abortionist who has performed thousands of late-term abortions, owns and operates his clinic in Boulder.

Reports of vandalism at churches and other Catholic sites appear to have increased in recent years, amid the pandemic, political protests and civil unrest.

While some crimes against churches appear to be committed by people with mental illness or minors, other crimes appear to be motivated by support for abortion or hatred against Catholics and the Church.

In the weeks leading up to March this year, a number of reports were released including vandalism in Catholic church buildings, schools and cemeteries.

Fri May 6 , 2022
Today, like every May 6, the Catholic Church celebrates Saint Dominic Savio (Domenico Savio), the little disciple of Saint John Bosco in the Oratory of Saint Francis de Sales. Domingo was a precocious saint, given his spiritual maturity, the only one carried to the altars with only fourteen years and […] 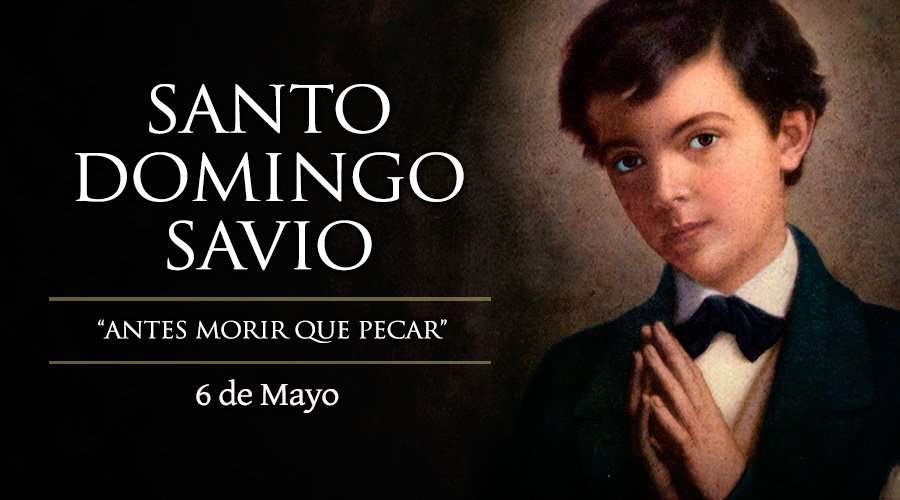