Organizers of the next “Time of Creation”, which will take place from September 1 to October 4, 2022, met in Rome to hold a spiritual retreat and return to “put God at the center of everything they do” .

On July 21, the Holy See Press Office presented Pope Francis’ message for the 2022 World Day of Prayer for the care of creation with the theme “Listen to the voice of creation.”

In his message, the Pope invited to join the ecumenical initiative of the “Time of Creation” this year that begins on September 1 with the World Day of Prayer for the Care of Creation and ends on October 4 with the feast from San Francisco.

“It is a special moment for all Christians to pray and take care of our common home together. Originally inspired by the Ecumenical Patriarchate of Constantinople, this time is an opportunity to cultivate our ‘ecological conversion’, a conversion encouraged by Saint John Paul II as a response to the ‘ecological catastrophe’ announced by Saint Paul VI as early as 1970”, wrote the Pope Francisco.

“Listen to the voice of creation” is the theme and invitation of this year’s Season of Creation – from September 1 to October 4. It is a special moment for all Christians to pray and care for our common home together.https://t.co/KenCxSwWGt

For his part, the founder and executive director of the Laudato Si’ Movement, Tomas Insua, told ACI Prensa that “the Season of Creation is an opportunity to respond to the call that the Church has made to us for a long time to caring for creation and celebrating God as creator”.

Likewise, in statements to ACI Prensa, Tomas Insua described that they are in Rome “in a spiritual retreat with leaders of the Laudato Si’ movement in different continents, preparing ourselves for the time of creation and the service that we carry out.”

In this line, Insua assured that his service is “very anchored in our Christian faith and putting God at the center of everything we do” and stressed “the importance of spirituality in this task, of caring for creation, of not see it as a ‘secular’, ‘green’ task… but care for creation is firmly anchored in our Christian faith, which is something that so many saints throughout the church have lived and expressed their love for God’s creation in various writings and also with their testimony.”

In this way, Tomas Insua affirmed that they seek to respond to the “invitation of the magisterium of the Church that has been speaking on the subject for decades” and “we place the road ahead in God’s hands.”

Regarding the “Time of Creation” Insua highlighted to ACI Prensa “the beauty that celebrating God the Father as Creator has for us as baptizedthe first person of the Holy Trinity, God as creator”.

Therefore, he invited to “celebrate this special time as an opportunity to delve into God’s creation as a wonderful gift, as a gift that God gives us and must be taken care of.”

Later, Tomas Insua recalled that “Saint Basil the Great and Saint Thomas Aquinas spoke of nature as a work of art that God gave us” and added that in this line “we understand that destroying nature is an insult to the Great Artist, with capital letters, in this sense the time of creation is a wonderful opportunity on this path of baptized people to live our responsibility towards creation”.

In addition, the director of the Laudato si Movement stressed to ACI Prensa the relevance that “the time of creation ends with the feast of Saint Francis and invites us to take it as a model to follow” and recalled that “in 1979 Saint John Paul II declared Saint Francis as the patron saint of ecology” as well as Pope Francis has emphasized that the Saint of Assisi “is the model to follow for the care of creation”.

Finally, Insua warned that “care for creation is a pastoral opportunity for the Churchespecially for young people, which is a topic that is of great interest to young people”.

The celebration of the “Season of Creation” began in 1989 when the Ecumenical Patriarch Dimitrios proclaimed September 1 as the Day of Prayer for Creation for Orthodox Christians, and ends on October 4, the feast of Saint Francis of Assisi, patron saint of The ecology.

Since 2003, Christians of different confessions have come together to pray for creation.

For more information on the “Time of Creation” click HERE.

365 Final Days: 5 Movies to Watch While Waiting for the 3rd Movie

Mon Jul 25 , 2022
Netflix has officially confirmed that 365 Final Days arrives on Netflix on August 19. The film will arrive to close the plot of the hot film and will solve once and for all, the pending issues of Laura and Massimo. At the end of the second film, Laura’s life – […] 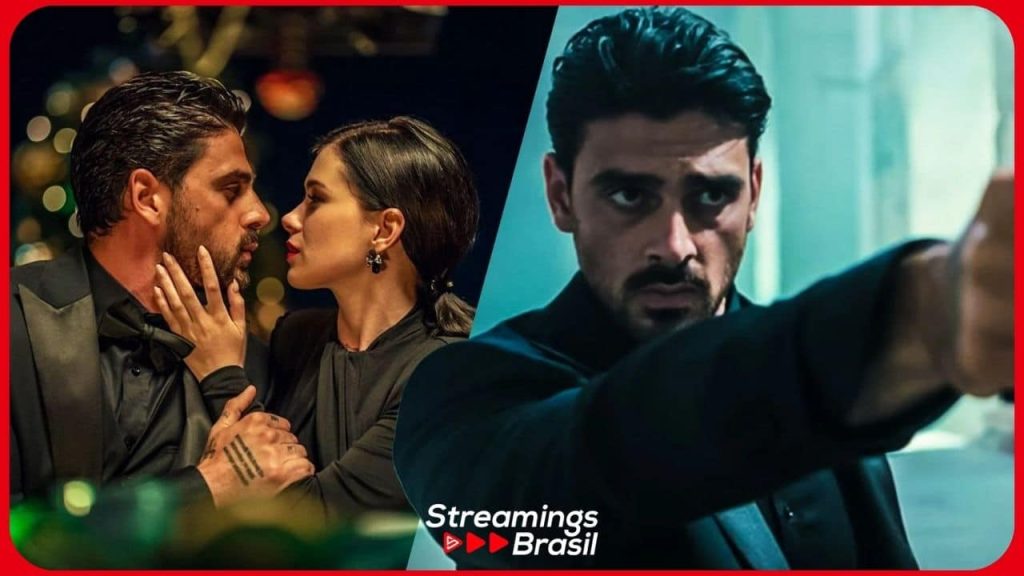