The Witcher: Nightmare of the Wolf Predicted Ending 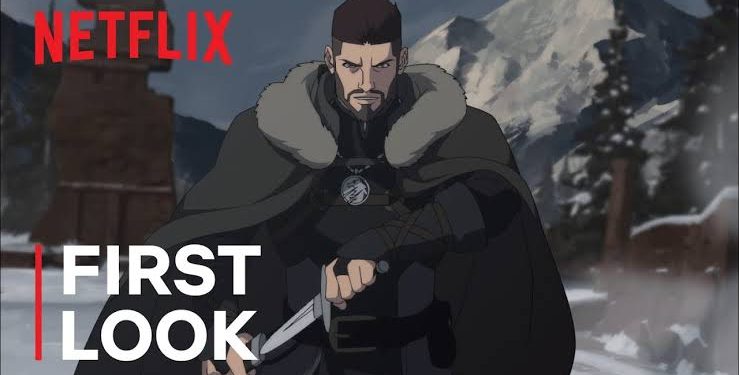 0
SHARES
32
VIEWS
Share on FacebookShare on TwitterShare on WhatsApp

Netflix’s successful show named “The Witcher” is all set to get a prequel in the form of an animated film that is called “The Witcher: Nightmare of the Wolf”. The animated film will follow Geralt of Rivia’s mentor Vesemir as he wanders across The Continent while fighting with monsters, and tracing his roots. It’s difficult to be a Witcher, but it’s much more difficult to become one. Han Kwang II has directed the animated film, and it was written by Beau de Mayo.

On 23 August, The Witcher: Nightmare of the Wolf will be released on Netflix. On 17 December, the highly anticipated 2nd season of The Witcher will premiere. The Witcher: Blood Origin, a live-action prequel TV series based on the franchise, will premiere on Netflix next year or in the year 2023.

What does the New Trailer Depict?

The Witcher’s 2nd season, which is going to premiere on 17 December, will feature Vesemir opposite Henry Cavill’s Geralt, and the anime film will serve as a prequel to the character. The first big teaser featured some laughs and action, but Monday’s trailer focuses on the terrible process of changing children into monster hunters.

However, fans will still have many chances to see a young side of Vesemir, Geralt’s mentor and the star of Nightmare of the Wolf, dealing with gold and slaughtering monsters as well. A new trailer for the upcoming animated film was shared on Monday on YouTube where fans got a glimpse of how things are going to be in the movie and what to expect from it.

The recently released trailer promises an action-packed and thrilling program with plenty of scenes that fans have been eager to witness.

What’s the Plot and Release Date?

Vesemir, who would eventually mentor Geralt, will be introduced in The Witcher: Nightmare of the Wolf. According to Netflix’s story summary, in this series, the fans will get to meet a younger Vesemir, who escaped a life of poverty to slay monsters for money. Moreover, things are going to get even crazier when “a weird new monster begins terrorizing a politically tumultuous kingdom”.

However, we’re not sure if that’s the winged beast seen in the trailer, so we will have to wait and watch. Netflix continued in the description that Vesemir finds himself on a terrifying trip that pushes him to confront the demons of his past. The Witcher: Nightmare of the Wolf will appear on Netflix on 23 August 2022, according to a press release, and fans can’t contain their excitement.

The names of the four members of the cast of The Witcher: Nightmare of the Wolf have been unveiled. Vesemir’s character is voiced by Theo James, and Tetra’s character will be given the voice of Lara Pulver. Dean’s character is to be voiced by Graham McTavish, and Lady Zerbst is voiced by the actress Mary McDonnell.

Theo James had previously voiced for Hector on Netflix’s Castlevania and Rek’yr in The Dark Crystal: Age of Resistance, hence, he is aware of this type of project. Graham McTavish has scores of video game voicing gigs under his belt, notably Dracula from the Castlevania series.

Lara Pulver is most recognized for her appearances in Sherlock and Spooks, but she also did voice work in Dota: Dragon’s Blood as Princess Mirana. McDonnell (Battlestar Galactica in Major Crimes) has a long-acting resume, however, this is her first time appearing as a voice actor.