‘The Witcher’, which started production of its third season on April 4, has announced the signing of four actors and actresses for the new episodes: Robbie Amell (‘The Flash’), Meng’er Zhang (‘Shang- Chi and the Legend of the Ten Rings’), Hugh Skinner (‘Mamma Mia! Time and Time Again’) and Christelle Elwin.

Amell will play Gallatin, a born fighter, leader of an army of Scoia’tael guerrillas fighting on behalf of Nilfgaard. Unafraid to tell the truth about him, Gallatin’s loyalty to his people ultimately leads him to clash with Francesca for power. On her part, Zhang is the human Milva, a fierce and resourceful hunter who was adopted by the dryads of the Brokilon Forest. Her incredible accuracy in archery coupled with her stone-cold aptitude for survival make her a formidable adversary and those who face her do so at her own risk.

Skinner plays Prince Radovid, a playboy and younger brother of King Vizimir who suddenly becomes part of Redanian intelligence. With his good looks and his often drunken charm, Radovid surprises with how incisive he can be on matters of politics, but it’s all laughs until someone gets hurt. Lastly, Elwin will play Mistle, a member of The Rats, a gang of teenage misfits who steal from the rich and give it to themselves…and sometimes to the poor. She has a lot of street, distrusts everyone and goes in search of revenge until a chance meeting will change everything.

In the third season monarchs, wizards and beasts of the continent will compete to capture Ciri, but Geralt will take her from Cintra into hiding to protect his family against those who threaten to destroy it. At the same time, Yennefer is in charge of Ciri’s magical training and she will take them to the protected fortress of Aretuza, where she hopes to discover more about the little girl’s hidden powers. However, they soon discover that they have landed on a battlefield of political corruption, black magic and betrayal and must fight back by risking everything or risk being lost forever.

The first two seasons of ‘The Witcher’ are now available on Netflix.

Mass of the Lord's Supper: Do not tire of asking for forgiveness, Jesus awaits us until the end

Thu Apr 14 , 2022
Pope Francis celebrated this Holy Thursday the Mass of the Lord’s Supper in a prison in Italy, from where he exhorted the faithful not to tire of asking Jesus for forgiveness, because He forgives everything and waits until the end. The Press Office reported that this April 14, before 3:00 […] 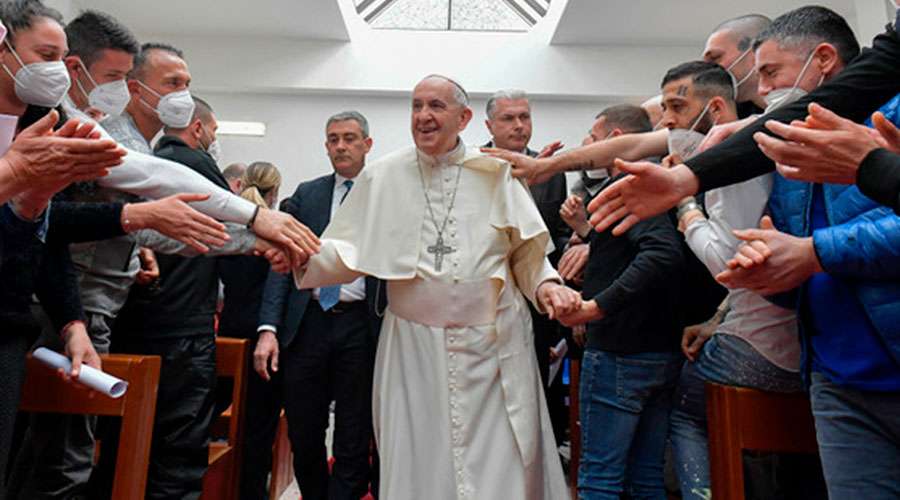