On Saturday, May 14, 2022, the wedding of José María Almoguera and Paola was celebrated. Days before, a civil wedding had taken place, the one that has legal validity, but as usual, the great event was celebrated on a Saturday on a farm with family and friends. This is how Carmen Borrego’s son and his wife did it. Although José María Almoguera works on ‘Viva la vida’, he does it with production tasks. He therefore stays behind the cameras and wants nothing to do with his family’s fame. However, he allowed his mother, Carmen Borrego, to sell the exclusive of the wedding, and has endured for days the appearance of a series of controversies related to the link, which by the way Rocío Carrasco and Fidel Albiac did not attend. 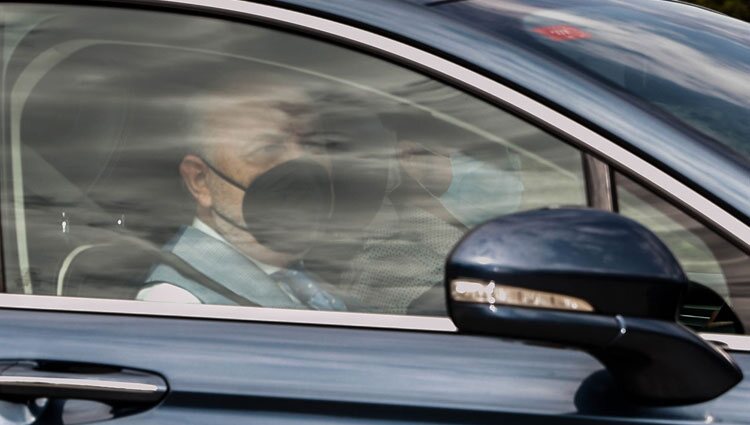 The place chosen for the wedding was a 6,000 square meter estate in Torrejón de Velasco, in the south of Madrid. There they have celebrated the link in the open air, in an idyllic setting that has a waterfall and large gardens. As the program in which the groom works pointed out, they chose a Mediterranean menu and the one in charge of choosing the lamps for the after party was Carmen Borrego. There are over 100 guests, placed at round tables with a prominent one, that of the bride and groom, where the couple chose to sit with some of their friends.

The last to arrive was the bride, Paola. Before you could see Carmen Borrego, who did not want to speak to the assembled press, her husband, José Carlos Bernal, as well as Terelu Campos, Alejandra Rubio and her boyfriend, Carlos Agüera, and of course María Teresa Campos, the happy grandmother . With them came Kike Calleja and her partner, Raquel Abad, who did pose in front of the cameras and recounted how much they wanted to enjoy this wedding. The one who also spoke, which was quite a detail, was Carmen Almoguera, her boyfriend’s sister. The lawyer lowered the windows of the car when she arrived at the farm and although she did not say much, she did comment on how happy everyone was. Of course, the Campos spoke after the ceremony, but not before. 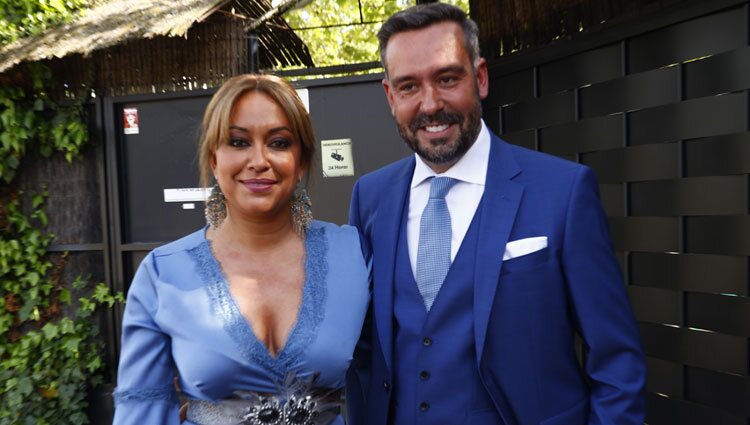 The aim was to maintain privacy as much as possible so as not to break the exclusive, although it was not possible to avoid taking some images of the arrivals, although the suits were not well appreciated. As for the exclusive, it was said that the phones would have to be delivered, but as ‘Viva la vida’ points out, this was not the case, but they did make the guests sign a confidentiality agreement.

The controversy with ‘Viva la vida’ and Avilés

Meanwhile, the program in which the boyfriend works and where Terelu Campos and Alejandra Rubio also do it created a controversy. José Antonio Avilés was chosen to travel to Torrejón de Velasco and get on a platform on a crane to see what was happening at the wedding and tell about it. Seeing him, Carmen Borrego got angry and told security: “He told us that Carmen Borrego asked him to come out to tell us to please stop using the tow truck or she would be forced to call the Civil Guard.” 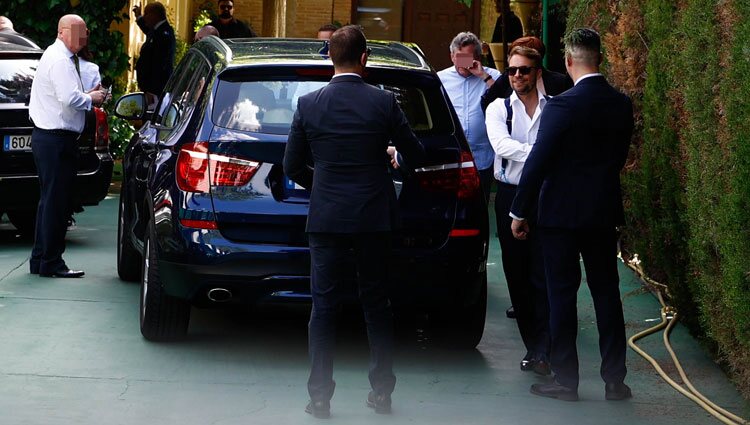 José María Almoguera upon arrival at his wedding

Emma García then told him that he could continue in the tow truck unless the Civil Guard said otherwise, but then Avilés met the neighbors next door, who invited him to come to their house because everything could be seen from the balcony. The security has tried to prevent it, but the neighbors have said that they were in the right of him. In the end Avilés has climbed a scaffold to be able to see what was happening from the neighbors’ garden. In spite of everything, the wedding has been very happy. Friends and family have spoken like Carmen Borrego, who was full of praise for her daughter-in-law Paola de Ella and made a request: that they make her a grandmother soon.