Many things have changed in the British Royal Family, but the one that remains is the love that Queen Elizabeth and Prince Harry feel for each other. Naturally, they have had their pluses and minuses, but for the Duke of Sussex the Queen has never been a problem and has not accused her publicly or privately, something she has done with her father, the Prince Carlos.

Prince Harry and Meghan Markle, very much in love in their reappearance after Sussexit

In interviews given since Sussexit, Prince Harry acknowledged that he has spoken more with his grandmother since they are geographically distanced than in previous years. For her part, Meghan Markle confessed that Queen Elizabeth has always been warm to her, something she cannot say about other members of the British Royal Family with whom she did not have such a good relationship.

Since they participated in their last acts in the United Kingdom in March 2020 before their departure from the British Royal House, Prince Harry and Meghan Markle had not returned to Europe together. The Duke of Sussex had been to the UK twice in 2021, first for the Duke of Edinburgh’s funeral and then for the unveiling of the Lady Di statue in Kensington Garden. Nothing more. And while the conflict that Prince Harry maintains with the United Kingdom Ministry of the Interior in relation to the safety of him and his family on British soil had been known, it was confirmed that the Dukes of Sussex were going to be present at the Invictus Games in The Hague. So it was. 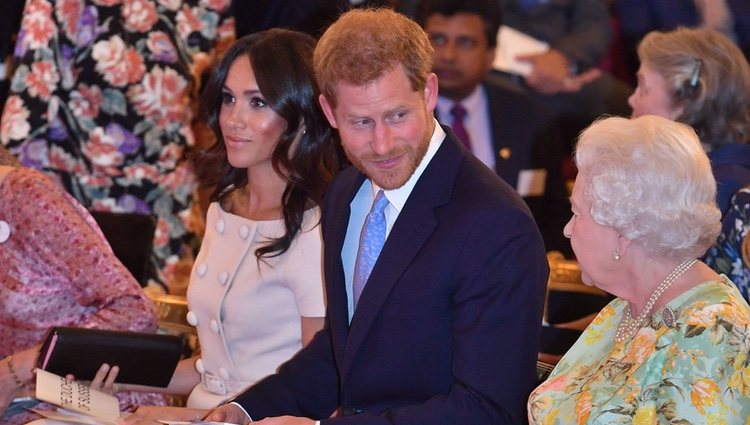 Prince Harry and Meghan Markle were visiting Europe together, and before landing in the Dutch capital they made a brief stopover in the UK to visit Queen Elizabeth. The Duke of Sussex regretted not being at the tribute to the Duke of Edinburgh on 29 March 2022 at Westminster Abbey and had already expressed his wish to see the Queen as soon as possible, and it did not take him long to do so.

A warm reunion with Queen Elizabeth

On Holy Thursday 2022, the Duke and Duchess of Sussex drove the distance between Frogmore Cottage and Windsor Castle. They went unnoticed as the focus was on the Holy Thursday service in St George’s Chapel. Once there, at 10:00 am, the first visit took place. It didn’t go to the Queen, but to Prince Charles. Prince Harry maintains a tense relationship with his father, whom he has publicly criticized. 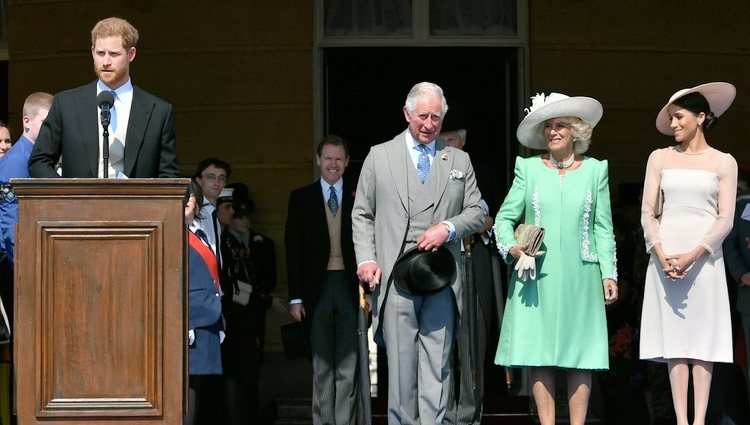 The Monarch was excited about this visit from her grandson, but she made the condition that she had to meet with her father first. The Duke of Sussex agreed because he could not refuse his grandmother’s request. As the Daily Mail points out, the meeting lasted 15 minutes, neither more nor less. Towards the middle of it, Camilla Parker joined, leaving a reasonable time for the Prince of Wales to speak with her son and her daughter-in-law.

When they finished, the Duke and Duchess of Sussex went to the private quarters of Queen Elizabeth. How long the three were together is unknown, but it seems certain that more than 15 minutes. In addition, Prince Harry himself told the BBC while in The Hague how this visit had been: “It was great to see her. I’m sure she would love to be here if she could,” also noting that she gave him messages for the British team at the Invictus Games . On the other hand, The Mirror assures that the visit was very cordial and incredibly warm and affable. So much so that the Queen once again let them know that she is waiting for them at the main events of the Platinum Jubilee reserved for the family. For their part, the Duke and Duchess of Sussex promised to return to Archie and Lili so that he can see his great-grandson again and meet his great-granddaughter, who is precisely turning 1 in full action for the 70-year reign of Elizabeth II. 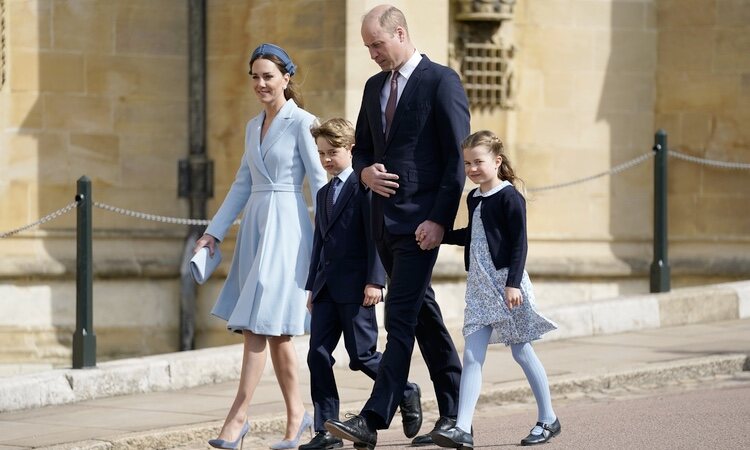 And then those who were not, at least from the most direct family. Prince William and Kate Middleton and their children did not meet Prince Harry and Meghan Markle. The Cambridges spent a good part of Easter on vacation at the Courchevel ski resort in France, so there was no meeting. They returned for Easter Mass, a gathering in Windsor attended by many members of the British Royal Family. By then, the Sussexes were in The Hague.