The Updates On Kylie Jenner’s Fake Pregnancy and Second Baby 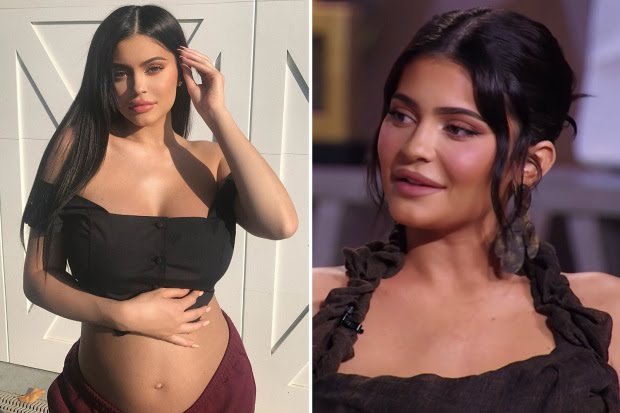 0
SHARES
100
VIEWS
Share on FacebookShare on TwitterShare on WhatsApp

Kylie Jenner, the youngest Kardashian-Jenner sister broke the internet in the year 2017 when she announced the shocking news of her being pregnant with Travis Scott’s child. The internet went wild after hearing the pregnancy news and her fans from all around the world bombarded her with good wishes. However, again Kylie’s pregnancy rumors are swirling on the internet.

Is Kylie Expecting a 2nd Child After Stormi?

The “Keeping Up With The Kardashians” star, Kylie Jenner addressed rumors about her being pregnant for the second time after several weeks of speculation. She addressed the rumors by sharing a video where she filmed herself eating fish and drinking an alcoholic seltzer drink, and slightly hinted through the video that she is not expecting any child right now.

The 23-year-old makeup mogul also showed off her flat stomach while she was working out with her friends in her home gym. After sharing the video of the workout, she showed her fans the meal that she was having for lunch, which was a fish ceviche dish. After that, she filmed herself consuming a seltzer drink that has a 7 percent alcoholic content.

How did the Fans Start to Think Kylie Was Pregnant?

The pregnancy rumors sparked last week when Kylie chose not to consume a tequila shot during the KUWTK show reunion. As she chose not to intake any sort of alcoholic drink, fans pointed out that maybe she rejected the tequila shot because she was expecting a child again.

One fan tweeted that Kylie did not take the shot, which means she is pregnant. Another fan tweeted that Kylie was drinking apple juice when all of her sisters consuming the tequila shot because she was pregnant again. Kylie gave birth to her daughter Stormi Webster, who is now three years old. She shares the child with Travis Scott, the 29-year-old rapper.