The Colombian nun Gloria Cecilia Nárvaez, kidnapped for almost five years by jihadists in Mali, shared her testimony of love and fidelity to God in the “Night of the Witnesses”, a prayer meeting for persecuted Christians that took place in the Cathedral of the Almudena in Madrid, organized by the pontifical foundation Aid to the Church in Need (ACN).

The Colombian nun, a member of the Franciscan Congregation of Mary Immaculate, recalled that with her community sisters they served in the catechesis of children, youth and in the promotion of women in the town of Karangasso, in Mali.

Sister Gloria was kidnapped by armed jihadists on October 7, 2017, who “wanted to take one of the sisters, the youngest. I offered my life so they wouldn’t hurt her, that’s how passion beginsthe suffering united to Jesus, just as He was mistreated, abandoned, misunderstood and persecuted”.

The nun recalled that when she left the house, her captors put a chain around her neck with an explosive device “and I went into the desert” of the Sahara. During the four years and eight months of captivity, the terrorists moved her around.

At that time and between “the sand of the desert, the prayers, the questions of these endless years of silence and solitude” used to be on his mind.

“Although they were difficult years, I can say with certainty that my spirit was not kidnapped”, he assured.

“My faith and hope sustained me against all discouragement because it can bring to life all my Franciscan spirituality, by contemplating nature, the sunsets, the sun with a scorching heat, the camels, the diversity of little birds, the nights with stars, the eclipses, the galaxies and planets that move like shooting stars. God hugged me with my sister nature”.

A chalice of hope in the desert sand

The nun related that in her years of kidnapping she used to draw “a chalice in the sand and adorned my tabernacle with the flowers that lived in the most arid desert, this lit up a flame of hope in me. My captors would get angry and erase the chalice with a sand shovel or with their feet”.

“I recited the psalms, invoked my guardian angel, bent my knees joining my hands to heaven naming with much love the sweet name of Mary.” She also prayed the Rosary “gathering pebbles,” she recalled.

When she heard the explosion of bombs or shootings, and faced with the fear of dying, Sister Gloria remembered some sayings of Saint Francis of Assisi, such as “the letter he sent to a superior: ‘If they whip you, bless them and let no one leave without seeing mercy in your eyes‘”.

During her captivity, the Colombian nun continued, her captors shouted at her: “Islam is the religion,” and pressured her to renounce her faith and become Muslim.

To this, Sister Gloria prayed every morning “so that God would convert their hearts, so that they realize the evil they were doing, not only to me but to many people they had kidnapped.”

“At night I heard cries, moans from kidnapped people like me who were being tortured. After doing their evening prayer (the kidnappers) would tell me again ‘Islam is the religion, convert, you’re a dog of the Church’”.

The nun acknowledged that if she had converted, her “kidnapping would have been easier.”

“In fact, my companion in captivity converted and told me ‘convert, you’re going to rot here.’ She encouraged me to do it, she had of course more privileges, more food and space in the stores where we were living”.

However, the Colombian nun highlighted, “Jesus Christ was everything to me and I would never give up on Him”.

In the hands of God to survive extreme situations

Sister Gloria Cecilia narrated how the example of the founder of her congregation, Blessed María Caridad Brader, “accompanied my steps. She encouraged me by her audacity, her missionary courage, her bravery and her love for Jesus in the Eucharist. With her little medal on my chest, her picture in my pocket, I was able to bring to life her wise teachings: keep quiet so that God may defend us, praise or keep quiet”.

“Your Eucharistic spirituality strengthened me to put myself in the hands of God, clinging tightly to Him to survive in extreme situations: during the whole day in danger or at night locked in the tent or outside surrounded by snakes and ants.”

Sister Gloria also remembered the times when she had to stay locked in a tent until the sandstorms passed in the middle of the desert.

“I felt the protection of God in moments of extreme threat, when we were hit by sandstorms, locked in the tent, on our knees while the storm passed. My captors asked me ‘Gloria, are you alive?’ I watched how their shelters were destroyed by this natural phenomenon.”

The nun also said that her life “in captivity was a experience of love, hope and charity”.

Sister Gloria Cecilia thanked the many expressions of affection and the prayers of “many known and unknown people, united in prayer. I found myself embraced by the universal Church, kissed by Jesus and protected by the mantle of Mary”.

“After my release, God has continued to sustain me. I have not healed through a psychologist, but by writing my hard experiences of captivity, emptying myself and writing my lived experiences and at night I have gone to pray before the Blessed Sacrament and read everything written to him prostrate. “This is how I have healed my soul,” he stressed.

To conclude, the nun asked “everyone to never again will anyone be chained for their faith”.

“Today I invite you to continue in hope, to rebuild our life, our history to live the resurrection, gratitude, faith, we have a new opportunity to love, to forgive, to reconcile, to sow peace to sow universal brotherhood” , ended. 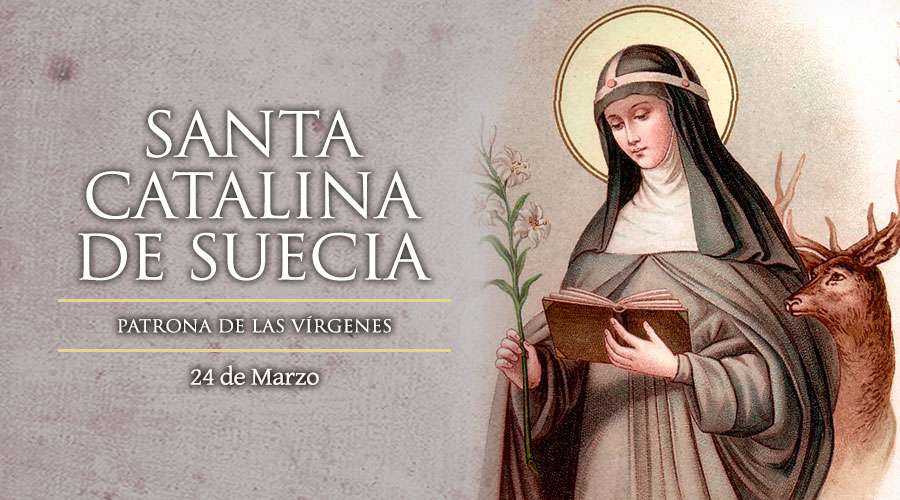