It has been a real surprise that Kings Abdullah and Rania of Jorania have announced through the Hashemite Royal Court the marriage engagement of Princess Iman, their second daughter, with Jameel Alexander Thermiotis. The news has been made known through an official statement in which it is reported that the marriage proposal took place in person in front of the King and Queen and the bride’s three brothers: Prince Hussein – heir to the throne -, Princess Salma and Prince Hashem. In addition, some relatives of Jameel were present. 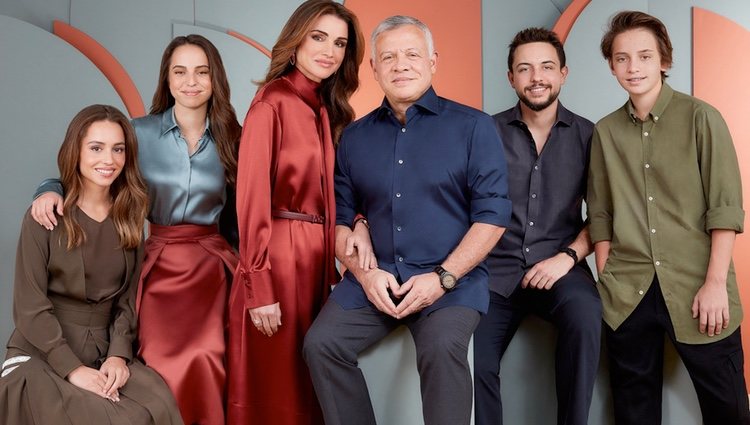 Abdullah and Rania of Jordan with their children Hussein, Hashem, Iman and Salma in an official family portrait

Although the good news has been known, at the moment it has not been specified on what date the wedding will be held and where it will take place. To make it known, they have issued a somewhat concise and brief statement, in which you can read how the Jordanian Royal House sends its congratulations to the couple and wishes them a lifetime of happiness.

In the shared image, the couple appear, that is, Princess Iman, who will turn 26 in September 2022, with a big smile and leaning on her partner. For the occasion she has chosen a look in which she appears completely in white and it can be seen that she bears a certain resemblance to her mother, especially in her style. Meanwhile, her fiancé appears dressed in a suit jacket and white shirt, also very smiling for the occasion. 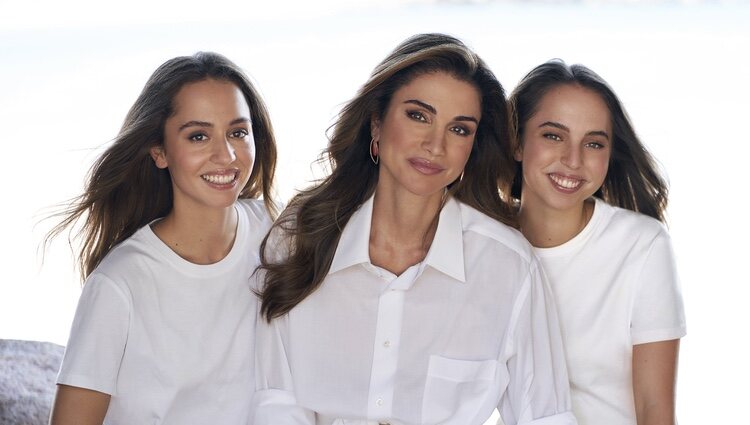 This commitment has been a real surprise because it was unknown that the young woman had a boyfriend, which has turned out to be completely unknown to the Jordanians and to the rest of the world. Iman’s mother, Rania from Jordan, has not hesitated to be happy about this beautiful news, and for this reason she has shared an emotional message: “Congratulations, my dearest Iman. Your smile has always been a gift of love that I have treasured since day you were born. I wish you and Jameel a life full of love and laughter!”

About the second daughter of the Kings of Jordan, it is known that she studied at the Amman International Academy with her cousin Muna Juma, and in 2014 she graduated and received the first prize in female athletics in her classification. On the other hand, she has been an assistant at Georgetown University in Washington, has a degree in Sociology and is very interested in special topics. Likewise, she has participated in some acts with her parents, accompanying them on visits to places such as the United Kingdom, France or Japan.

Thu Jul 7 , 2022
A Christian cemetery was desecrated in Turkey, a country with a Muslim majority, causing deep pain and despair. The discovery of the desecration in the town of Yemişli occurred on June 29, on the Solemnity of Saint Peter and Saint Paul. According to Agenzia Fides, the bodies of the deceased […] 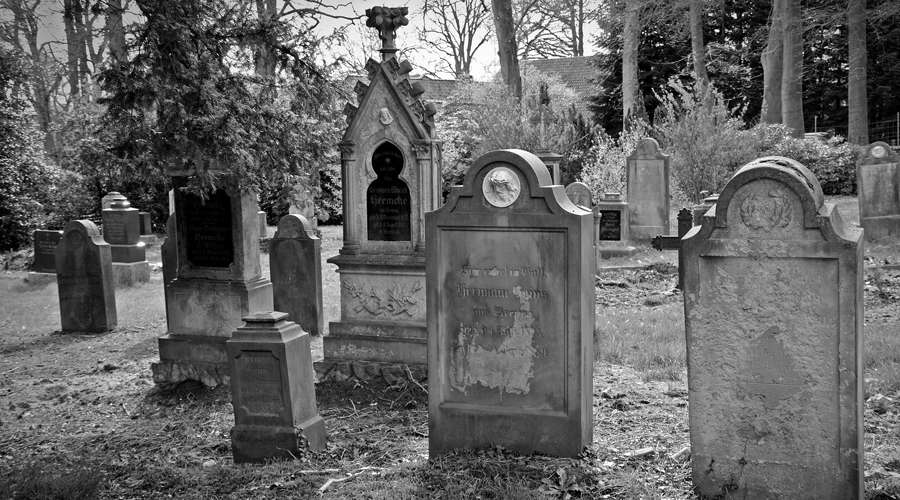