It is one of the most important Eucharistic miracles in the history of the Church. It happened in the Cathedral of Orvieto (Italy), and after what happened, it was Pope Urban IV who instituted the Solemnity of Corpus Christi

In the middle of the 13th century, Fr. Peter of Prague doubted the presence of Christ in the Eucharist and he made a pilgrimage to Rome to pray on the tomb of Saint Peter for a grace that would restore his faith.

After returning from the pilgrimage, he went to Bolsena to celebrate Holy Mass in the crypt of Santa Cristina. It was at that moment when the Sacred Host bled and stained the corporal with the most precious blood.

The news quickly reached Pope Urban IV, who was nearby in Orvieto, and he asked for the corporal to be brought to him. The revered relic was carried in procession and it is said that the Pontiff, seeing the miracle, knelt in front of the body and then showed it to the population.

Later, the Holy Father published the bull “Transiturus”with which he ordered that the Solemnity of Corpus Christi be celebrated throughout the Church on the Thursday after Holy Trinity Sunday.

Likewise, Pope Urban IV entrusted Saint Thomas Aquinas with the preparation of a liturgical office for the feast and the composition of hymns, which are sung to this day as the Tantum Ergo.

The holy relic is currently kept in the Cathedral of Orvieto and can be seen in a chapel built in honor of this Eucharistic miracle.

In addition, the corporal goes out in procession every year during the Solemnity of Corpus Christi and presides over the Eucharistic celebrations in the Cathedral.

Saint John Paul II, during his visit to Orvieto Cathedral in 1990, pointed out that “Jesus has become our spiritual nourishment to proclaim the sovereign dignity of man, to claim his rights and his just demands, to transmit to him the secret of ultimate victory over evil and eternal fellowship with God.

Kiko Hernández's low blow to Lydia Lozano: "You were lazy to go to the funeral of Jesús Mariñas"

Tue Jun 14 , 2022
If ‘Sálvame’ has always been characterized by something, it has been for driving the program’s collaborators out of their boxes and if there has been a person who has had hot flashes every afternoon in these 13 years on the air, it has been Lydia Lozano. The collaborator has had […] 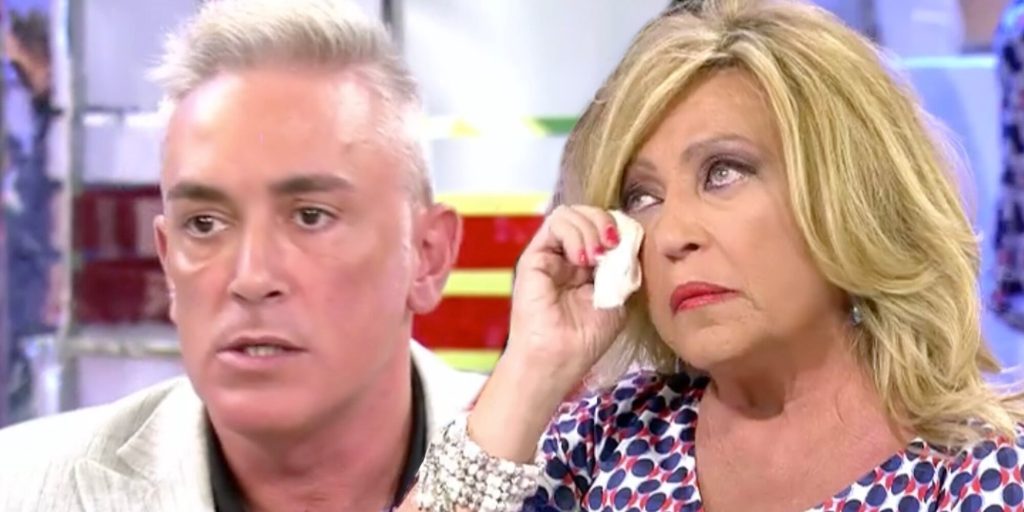