With the countdown to ‘Doctor Strange in the Multiverse of Madness’ we are starting to get a sense of déjà vu with the weeks leading up to ‘Spider-Man: No Way Home’. Since Marvel published the trailer for the Super Bowl of the Sam Raimi movie, we have been going around some of the unknowns that the trailer aroused, especially a certain voice that reminded a lot, too much, of Sir Patrick Stewart and what that could mean for those who are looking forward to mutants making their appearance in the MCU.

That ‘No Way Home’ opened the door to the multiverse would perfectly allow Charles Xavier from the ‘X-Men’ movies to make an appearance. However, the film’s producer, Richie Palmert, has something important to say about this cameo: “I’ll quote the first ‘X-Men’ movie and say, ‘Are you sure you saw what you saw?’ There are endless versions of these characters and just because you may have hated something familiar doesn’t mean it’s something you’ve seen before.” Will Patrick Stewart play a completely different version of Professor X, or even a different character? In the multiverse anything is possible. Palmert also spoke about the rumor of the Illuminati, the council of wise men that in the comics has had personalities as illustrious as Mr. Fantastic or Tony Stark, in addition to Stephen Strange himself: “As you saw in ‘Spider-Man: No Way Home ‘, some rumors turning out to be true, and some not. I’d love to see Tony again, but some rumors are just rumors. I’ll say I love the Illuminati. But if we do introduce the Illuminati in the future, they’d probably be more entrenched in the MCU and would have more ties to the characters in the MCU instead of just replicating what happens in the comics.” So, we will have to think about which characters from the movies would fit into this “council of wise men”.

It will live up to ‘No Way Home’

Coming after ‘No Way Home’ is, without a doubt, setting the bar high in terms of fan expectations. But Benedict Cumberbatch believes his sequel will be up to the task: “It’s a big, big movie. It’s going to be absolutely insane. And if it can match the level of ambition it has, we’re going to have a Spidey-level success.” you got it, stick my flag in the sand.” Among the novelties of the film we have America Chavez, the character of Xochitl Gomez, capable of creating portals between realities. “(Strange) is so knowledgable that having to learn from a child would probably drive him crazy,” Sam Raimi hints, and Cumberbatch adds, “There’s a lot of reckoning. And a lot of self-discovery. Strange is almost a stranger to himself before he this movie explodes and reveals what is essentially in his nature, and that he has to choose between facing it, resisting it, falling for it, or becoming it. There are some very good ideas, and extraordinary tests and encounters for Strange. And very unexpected conclusions. We really can’t wait to see them.

‘Doctor Strange in the Multiverse of Madness’ opens in theaters on May 6.

Victim recounts the manipulation of Bishop Zanchetta until committing abuses

Sun Mar 13 , 2022
One of the former seminarians who was the victim of sexual abuse committed by the Bishop Emeritus of Oran, Msgr. Gustavo Zanchetta, who is identified by the acronym “MC”, spoke for the first time with the press and gave testimony of his time at the seminary and the manipulation suffered. […] 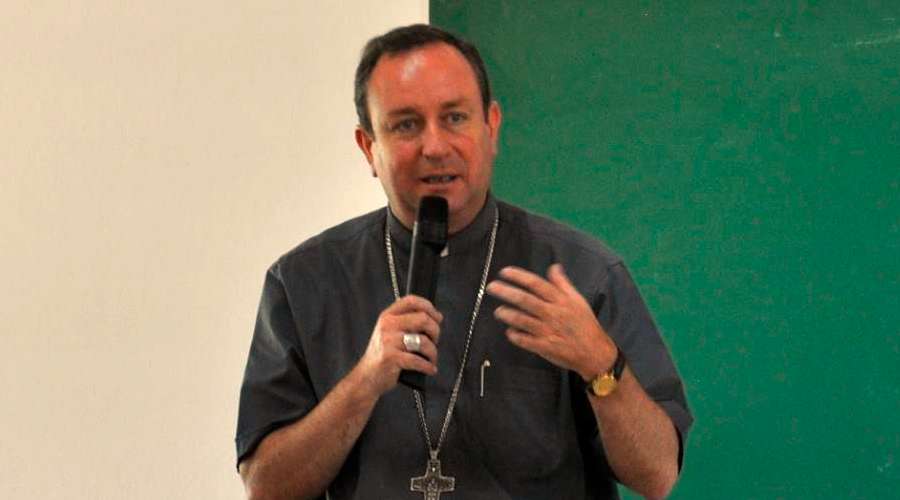