Although the Duke of Edinburgh had a funeral at the height of his position and with all the pomp that the British Royal Family handles so well, the pandemic meant that only 30 relatives could go to say goodbye to Prince Philip. It was clear that when the situation improved, an event would be organized to pay homage to the Duke of Edinburgh that could be attended not only by the British Royal Family and his closest relatives, but also authorities, personalities, representatives of entities with which he worked and members of Foreign Royal Houses. 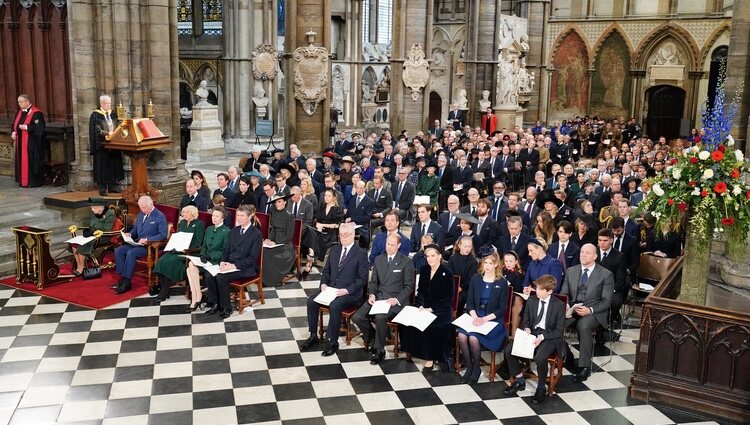 Attendees at the tribute to the Duke of Edinburgh

And of course, the British Royal Family. Some presences were logical, others generated doubt and some have been a surprise, while another has meant a return. Let’s start with the latter case. Prince Andrew was removed from the British Royal House permanently when the civil lawsuit for sexual abuse filed against him by Virginia Giuffre prospered. He will not recover his position, but having reached an agreement with the victim that deactivated the trial, and taking into account that it was a tribute to his father, Queen Elizabeth not only considered that her son should be present, but that she had to have a relevant role. 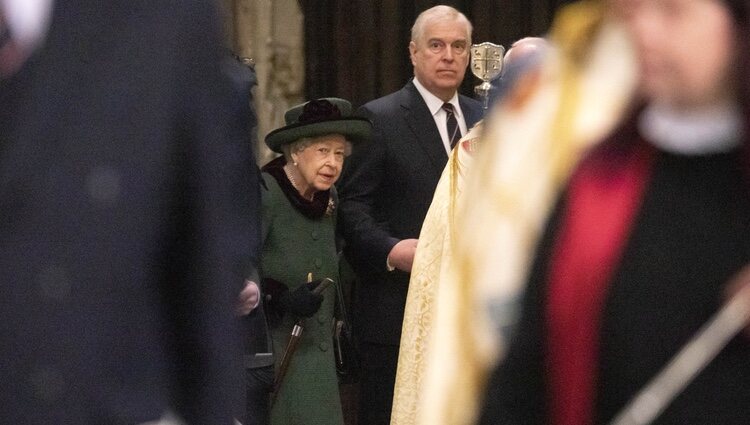 The two traveled together by car from Windsor despite speculation of a helicopter transfer. The Queen, who was a dubious presence due to her health, was determined to pay tribute to the Duke of Edinburgh, and she did so, choosing the Duke of York not only to support him publicly, but because he is the only one of her children who remains divorced. , reasons why he thought there would be no one better not only to share a trip with him, but to take his arm to walk the distance between the entrance of The Poet’s Corner and his place of honor in Westminster Abbey. The Monarch carried a cane for support, and although she walks with more difficulty than ever, she had no problem walking the distance alone from Prince Andrew’s seat to the Queen’s, positioned next to Prince Charles. During the ceremony she was moved and even teared up.

Other members of the British Royal Family were not lacking, such as the entire Armstrong-Jones, the offspring of Princess Margaret. There were therefore David Armstrong-Jones with his children Charles and Margaret, as well as Lady Sarah Chatto with her husband, Daniel Chatto, and her offspring Arthur Chatto, Samuel Chatto. The Duke and Duchess of Gloucester, the Duke of Kent and some of their descendants such as Lady Helen Taylor and her son Cassius Taylor or Lady Amelia Windsor, as well as Prince Michael and Princess Michael of Kent, Lord Frederick Windsor and Sophie Winkleman, Lady Gabriella Windsor and Tom Kingston or James Ogilvy, his wife Julia, his daughter Flora Ogilvy and his son-in-law Timothy Vesterberg, also did not miss the tribute. 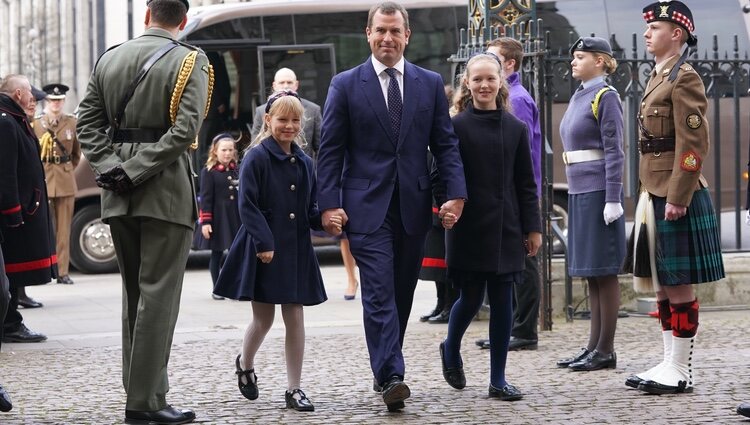 Of course there were Princesses Beatriz and Eugenia with their respective husbands, Edoardo Mapelli Mozzi and Jack Brooksbank, and the four Wessex in full. Lady Louise-Mountbatten-Windsoy and James Mountbatten-Windsor are quite invisible in public, but they could not miss this tribute accompanying Prince Edward and Sophie of Wessex.

Princess Anne and Sir Timothy Laurence were other guests, as were the children of the Princess Royal, who did surprise. Peter Phillips attended with his two daughters, Savannah and Isla Phillips, who paid tribute to his great-grandfather. The same Zara Phillips and Mike Tindall, who arrived with their eldest daughter, Mia Grace. 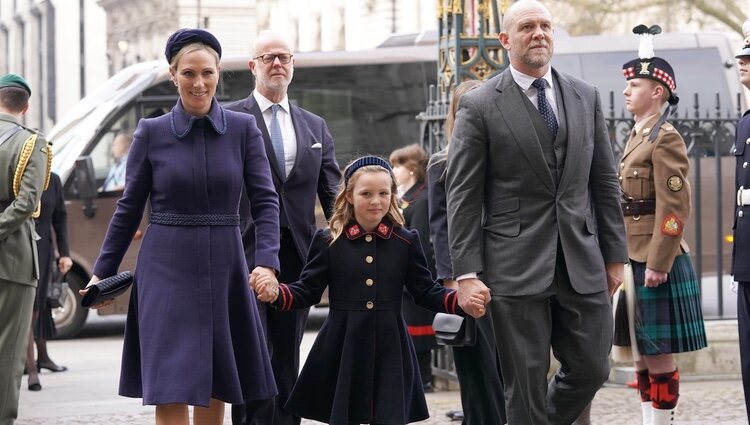 And for presences that also surprised those on the Cambridge side. Prince William and Kate Middleton showed up with their eldest children, Prince George and Princess Charlotte, old enough to attend, while Prince Louis stayed at Kensington Palace. The two children went hand in hand with their parents and behaved very well. And of course Prince Charles and Camilla were there, with the Duchess of Cornwall dressed in dark green as well as Queen Elizabeth, Princess Anne, Queen Letizia and Beatrice of the Netherlands, thus paying tribute to ‘Edinburgh Green’, the Prince Philip color. Another guest of the family, although more distant, was India Hicks, second niece of the Duke of Edinburgh, being the daughter of his cousin Lady Pamela Mountbatten, daughter of Lord Mountbatten.

The Grand Duchess of Luxembourg, Ana María of Greece, Pablo and Marie Chantal of Greece, Felipe of Greece and Nina Flohr and Margarita of Romania in the tribute to the

Of all of them, the surprise came from Cristina from Sweden, whose presence had not been previously announced, as well as Felipe from Greece and Nina Flohr, who are not so common at this type of event, but who wanted to say goodbye to the Duke of Edinburgh and thus present Nina of Greece to the Royal Houses that did not attend his wedding on October 23, 2022. These and all the others were present at this service that celebrated the life, work and legacy of the Duke of Edinburgh.